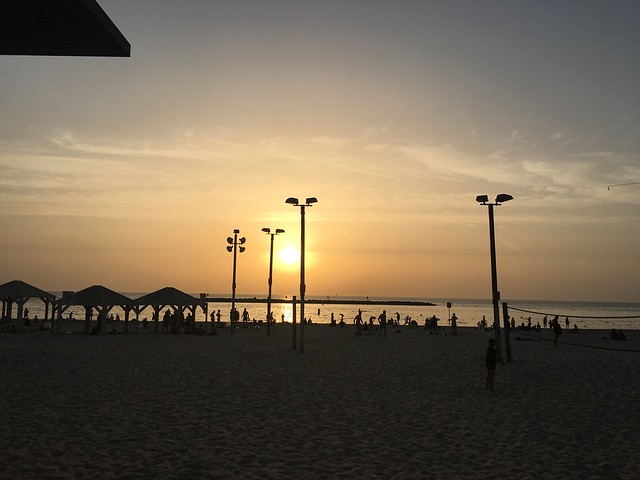 This trip got off on the wrong foot when my dad and brother’s flight got canceled due to weather, but mine didn’t. I wasn’t expecting to start off our Israel trip by myself, but 8+ years of solo travel under my belt have at least prepared me adequately.

I had a layover in Zurich, which was technically my first time in Switzerland. It looks like a beautiful country from the air: lush, green mountains and meticulously designed fields. The intercom voice at the airport was oddly sensual, even when it was whispering in German. I had a latte macchiato and a pretzel at the airport, which was the only thing at the counter that looked mildly appetizing next to a slew of cold and crudely assembled sandwiches. 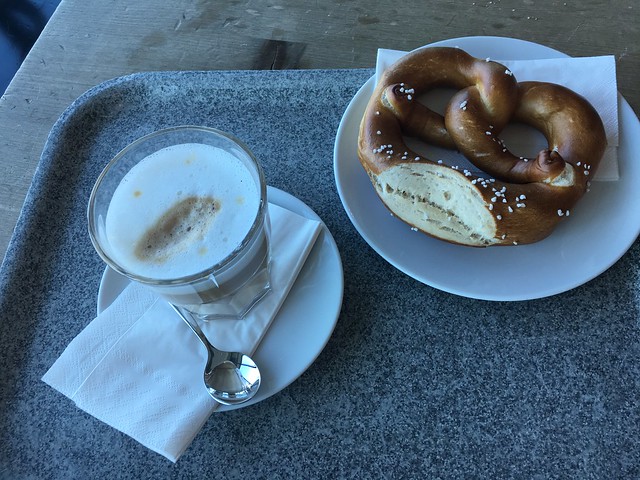 I was questioned thoroughly by Israeli officials before boarding my flight in Zurich and even taken to a separate room for my luggage to be x-rayed, swabbed and searched. Fortunately, I was not asked to strip down, show them my social media, or undergo a cavity search, which would have been very humiliating and stressful. This overall process came as a bit of a surprise, since I am not usually the demographic to get ‘randomly selected’ for questioning, and I don’t have any stamps from ‘problematic’ countries on my passport. After doing some research on the internet, I theorized that I was probably searched because I was a solo female traveler, and there’s precedence for terrorist activities being carried out by individuals who fit this description (see: Hindawi affair), precisely because they’re able to take advantage of the more lax security measures taken around young female travelers.

Once I made it to Ben Gurion airport, I did get through immigration very quickly. The officer asked me if I was going to any Palestinian territories, and I answered honestly that I was planning to go to Bethlehem. He let me through with no issues.

I got a cab in the taxi line at the airport. It was 160 shekels to go to Tel Aviv, since Shabbat had already started when I arrived.

The first place that I stayed at in Tel Aviv was an Airbnb in the Lev Hair neighborhood, just a block or so from the beach. It was a dated old house that was kept relatively clean and had a lot of space. I was overwhelmed by how agonizingly hot it was when I walked in; luckily there was a functioning AC unit in one of the bedrooms. It was like an oasis from the rest of the house. 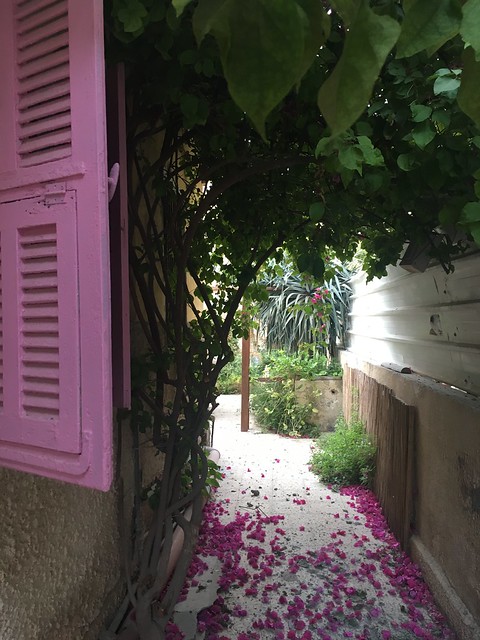 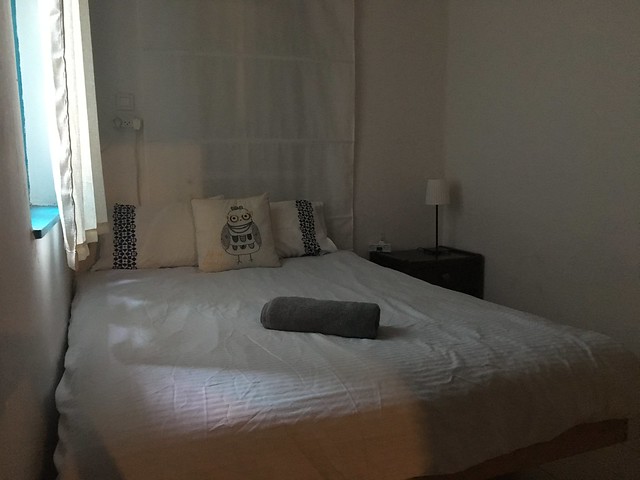 Once I left the AirBnb to venture outside, I realized that I definitely should have done more research before booking a flight that landed right on the evening of Shabbat. I was staying near the famous Carmel Market of Tel Aviv, but everything was closed, and the shops and booths looked dirty and sketchy when boarded up during the day. There were times when I was unsure whether I was still walking through the market or in the middle of a garbage dump. On the bright side: There were lots and lots of cute street cats. 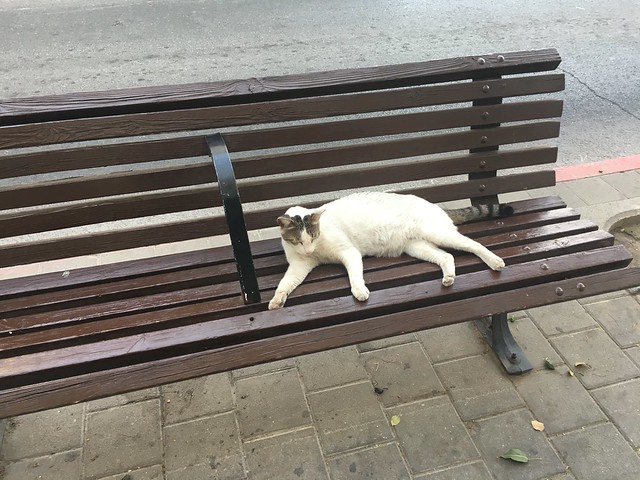 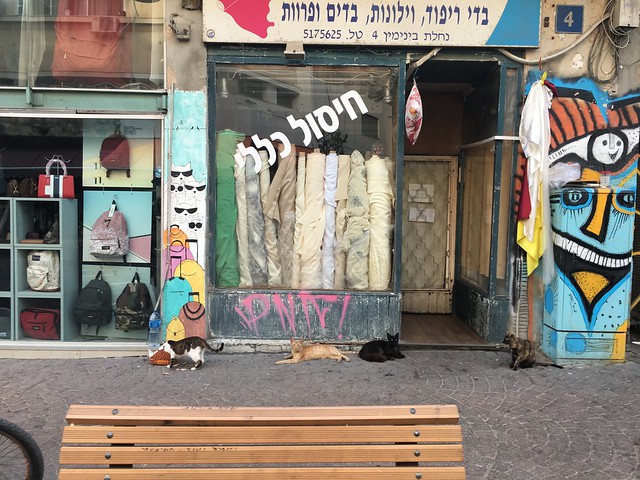 I was not hungry due to jet lag, so went out in search of a market that was open so I could buy some fresh fruits and veggies. On the way to the beach, I picked up some pomegranate juice, an apple, and tomatoes. 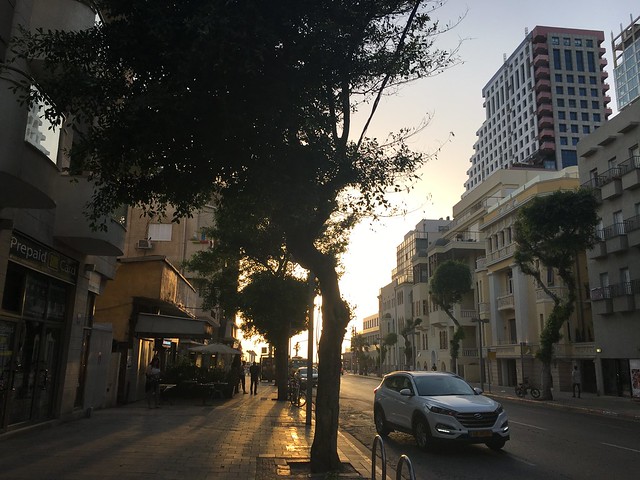 The beach was very lively. Tons of young people and young families–it was astounding how young Tel Aviv seemed in general. Almost no one seemed to be over the age of 40. 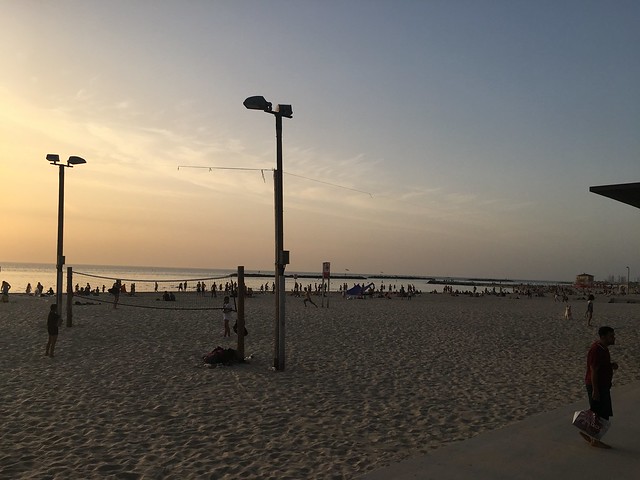 We had originally planned to hop on a train for Haifa after Shabbat ended on this day, but now that I was by myself, I didn’t feel comfortable navigating the trip at 11pm. I decided to book another night in Tel Aviv, this time at a hotel that was decidedly nicer. Checkin wasn’t until 3pm, so I dropped off my luggage around noon and set out looking for lunch.

There weren’t a lot of good options around. There were quite a few bars that were open, but I wanted to find a place that was A) just a regular, nicely air-conditioned eatery and B) not overflowing with sweaty, sunburnt young people. After walking around for 10 blocks or so, I ended up eating at a place that advertised homemade Jewish cuisine.

It was… interesting. I ordered a ‘stuffed boiled fish’, which turned out to be a piece of gefilte fish sitting in a bowl of clear soup, with two sad little carrot slices next to it. I was stunned that it was cold. (A Google search tells me that’s how it is supposed to be served, but WHAT.) There were so many bones in the fish, I spent more time picking them out than actually eating. I also had a knish, which was thankfully hot and really good. It honestly would have been a really miserable meal if it weren’t for the knish.

After lunch, I walked along Sderot Ben Gurion, which is a long street with a continuous patch of grass in the middle (and the occasional playground, cafe, etc, so it was more like a park on a curb?). It ended at the Itzhak Rabin Memorial, a family-friendly park with lots of shade and fountains, and afterwards I went to a nearby ice cream shop, Vaniglia, for a big scoop of chocolate ice cream on a cone. And then it was finally 3pm, and I went back to the hotel to check in. 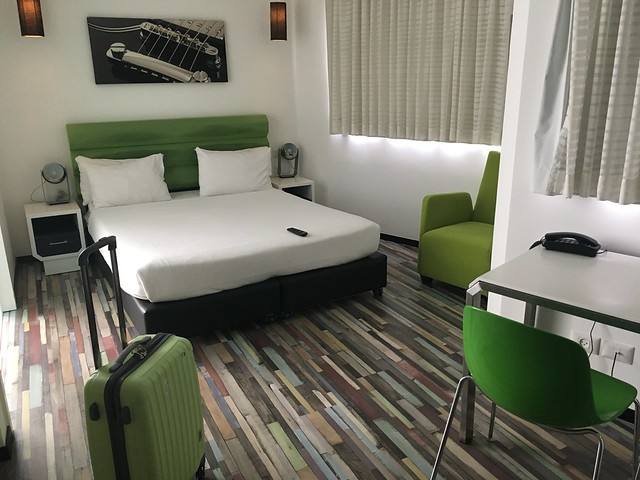 I stayed at a hotel called 130 Rock and absolutely loved it. It was super clean and chic compared to the Airbnb from the previous night. Just out of view on the left was a darling little kitchenette. I normally wouldn’t spend $150 per night on a hotel, but for just one night, it was OK. 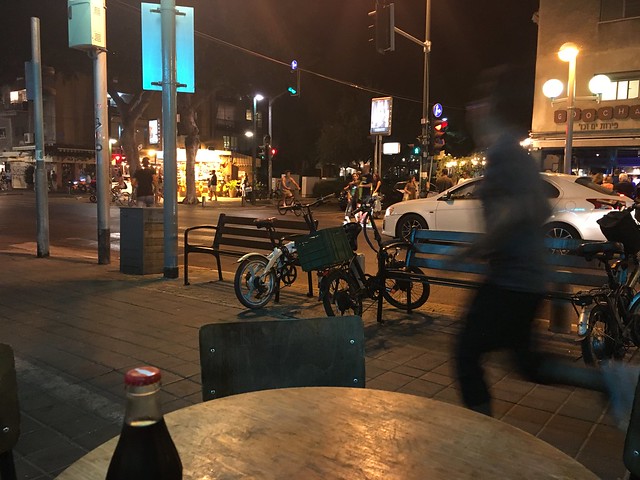 For dinner I got takeout (a cheeseburger, fries, and a glass bottle of Coke) from a nearby place called Susu & Sons. 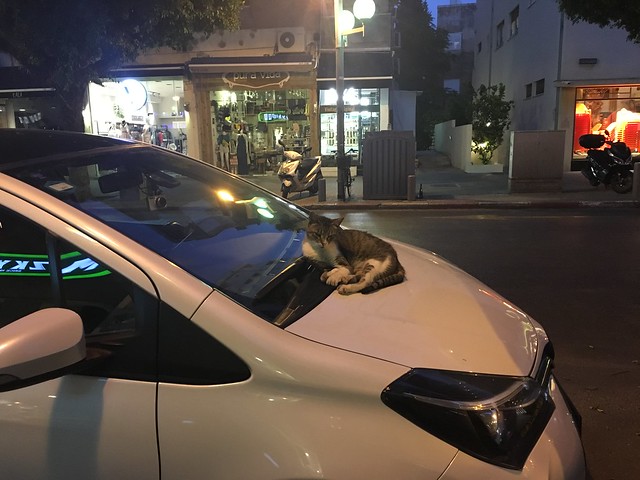 One more of Tel Aviv’s street cats for the road!