The morning of my third day in Israel, my dad and brother finally made it over on their newly scheduled flight. We met up at the train station in Tel Aviv and took a train up the coast to Haifa. 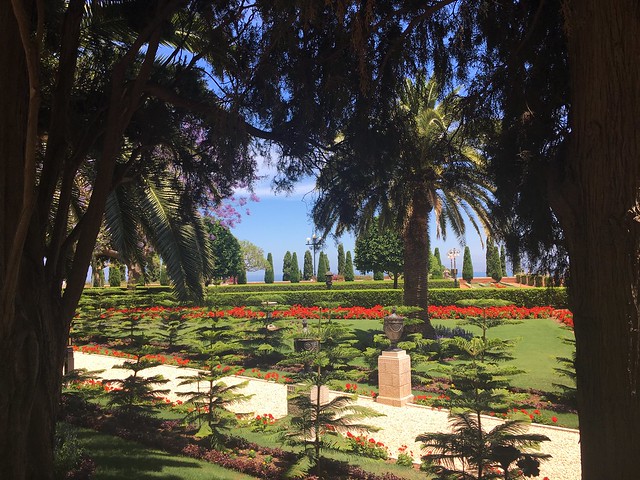 We were in Haifa to see the beautiful Baha’i Gardens. The thing about the gardens is that even though they’re technically walkable from the train station, it’s a really strenuous walk during the summertime that involves a constant uphill churn, little to no shade, poorly designed sidewalks for pedestrians, and a reeeally steep flight of stairs. So it would have been smarter to take a taxi from the train station. 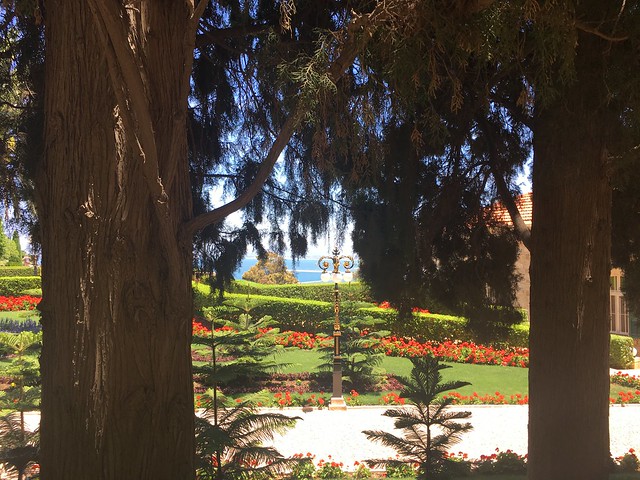 Part of the garden was closed off after 12pm since it was a sacred site. Also, women had to keep their shoulders covered–a pretty common thing when visiting religious sites in Israel. 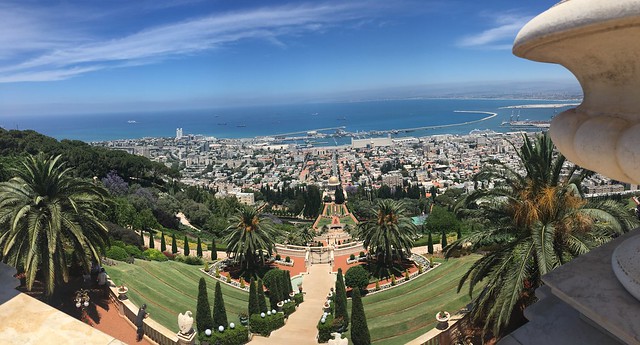 We got a taxi to take us further up the mountain to a panoramic viewing spot. Now THIS was worth it. 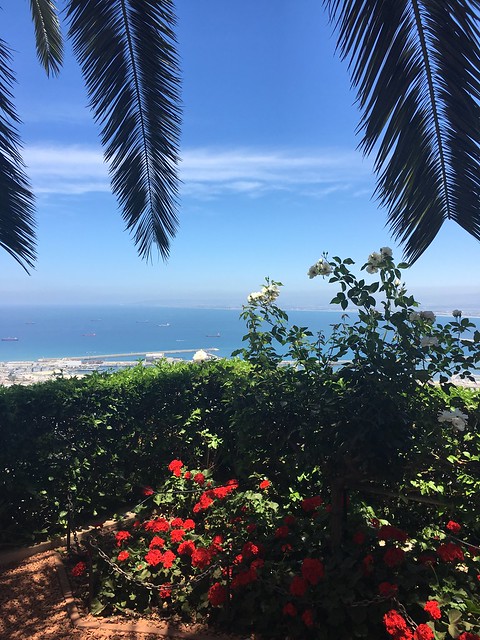 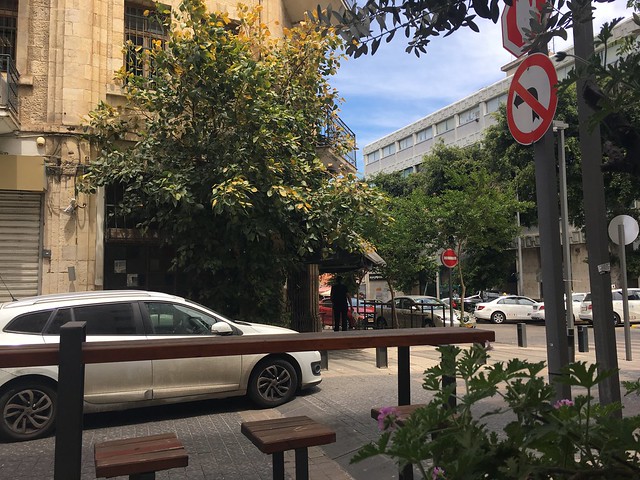 We had lunch at a cute little cafe near the train station before taking another taxi to the bus station. Ridesharing apps are pretty huge in Israel as well; the app everyone used was Gett. It was mostly pretty convenient, but I did have a couple instances where the driver called and yelled at me (or, rather, just spoke Hebrew very loudly) because he couldn’t figure out where I was. And while I’m on this subject, the Internet quality in Israel was noticeably slower and patchier compared to the U.S.–and I use Comcast at home.

As our bus approached Nazareth, the environment changed noticeably. There was more Arabic than Hebrew in shop signs. More women were hearing hijabs.

Finding our hotel was a STRUGGLE. I had booked a family-owned bed and breakfast via Booking and had no idea that the hotels here aren’t just, like, by the side of the road. Most of them are hidden in winding alleyways, and Google Maps will tell you where they are, but not how to navigate the corridors, stairs, and markets to get there. It took us forever to finally locate the place, but it was totally worth it–probably the cutest and most unique place I’ve ever stayed at, period. 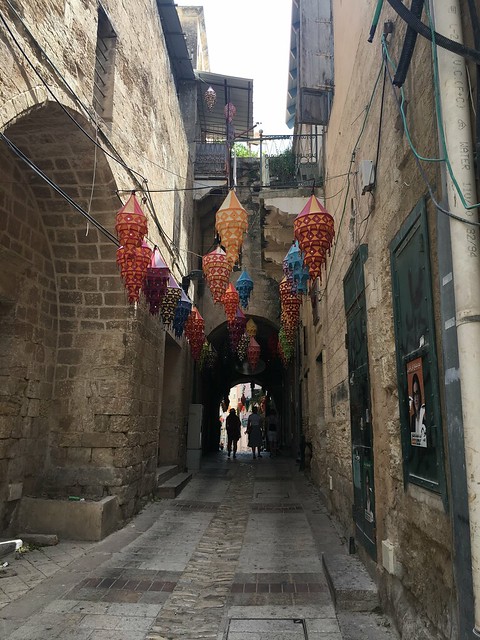 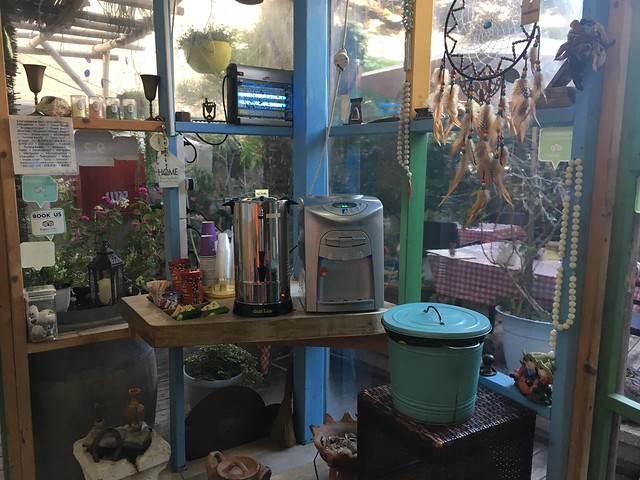 I mean, look at it! No one else was there during our stay, and we enjoyed the tranquility of the greenhouse-like atmosphere. 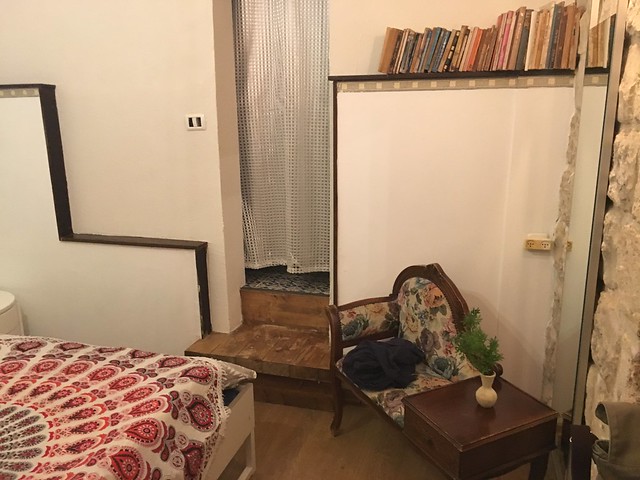 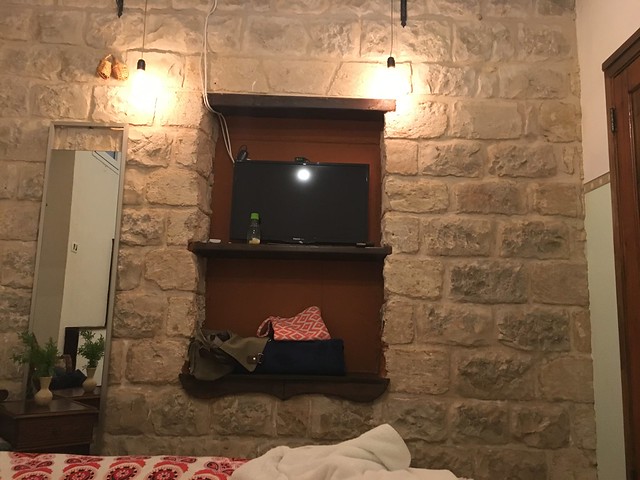 My room had a wall made of stone. NICE.