I’m back from New York, where I spent a fairly relaxing and comfortable 4th of July weekend (even considering how hot and crowded it was!). This will be my last hurrah in the US for a while–if all goes well, I’ll be moving to Europe next week–so I went about checking off some bucket list items, but was also mindful of getting plenty of rest and not succumbing to heat exhaustion.

I took an early Amtrak up to the city and arrived around noon. It was too early to check in, so I left my bag with the hotel and had a quick bite at a nearby Bluestone Lane cafe shop (a latte and a slice of banana cinnamon toast). Then I sat in the shades of nearby Bryant Park and chilled while listening to a podcast. 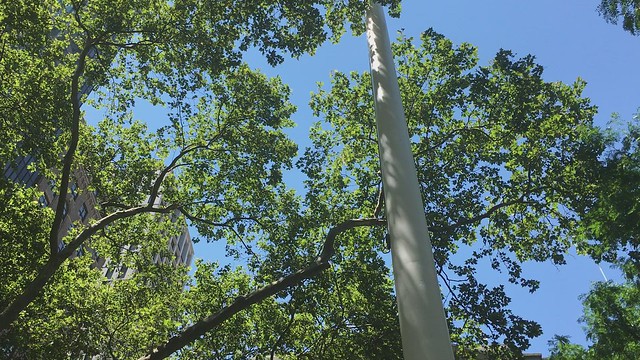 I headed back to the hotel around 2:30 to check in. I was staying at Club Quarters Time Square; the hotel itself is nice, the room is a decent size by NYC standards, and there were some nice amenities like 24/7 sparkling water and coffee in the lobby. That said, the room definitely was an expectations vs. reality situation. Here’s what the room looked like on their website…. 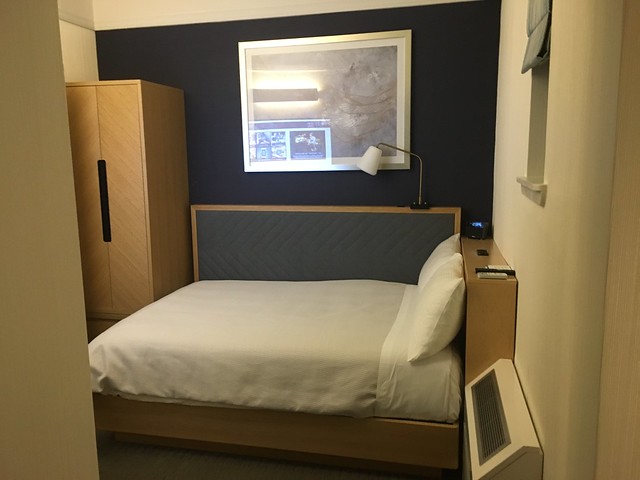 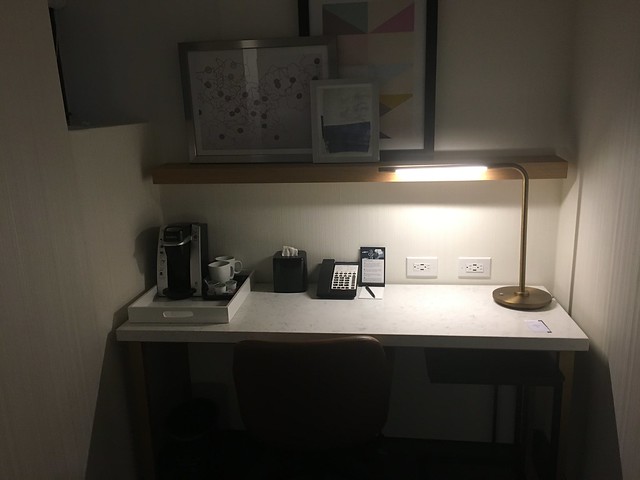 This was taken around midday, with the windows open and all conceivable lighting options turned on. So… yeah.

For dinner I went to the Xi’an Famous Foods next door for rou jia mo and noodles. We don’t have region-specific restaurants like this in DC, just generic Chinese cuisine, so I always make sure to grab some northwestern Chinese fare when I’m in NYC; when I was here for work in April I had Lanzhou beef noodles at a place called Dunhuang near Grand Central, which were also pretty decent.

For breakfast I just had the leftovers from my dinner the previous night. (I’m not eating much these days because of physically manifesting stress, which is fun.) Then I went for a walk in Central Park. It’s been seven solid years since I was last there! 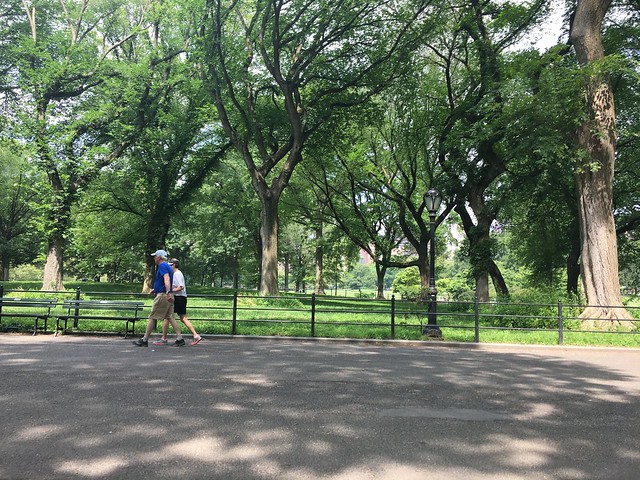 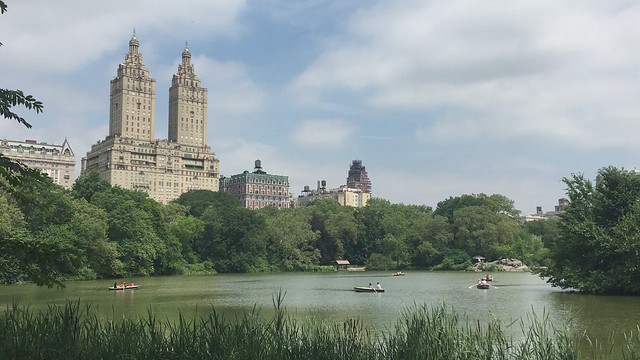 For lunch I met up with my manager in Midtown. She’s moving to Canada, and I’m moving to Europe (and also saying goodbye to my organization), so it was nice to get together for one last face-to-face chat.

That afternoon I had an incredible time at the Tenement Museum, an institution in the Lower East Side dedicated to telling the story of immigrants through showcasing old apartments that were restored to life, like time capsules. I purchased the Hard Times tour, which was expensive but well worth the money. The apartment building we toured was quite hot and stuffy (which, side note, would only have been worse for the people who actually lived there), so I did feel claustrophobic at times, but the tour guide handed out free paper fans for everyone and I hung back a bit, vigorously fanning myself.

For dinner I went to a bar across the street from the hotel for fish and chips, and then at 10pm I took a Lyft to the Upright Citizens Brigade Theatre to see an improv show. I had taken improv classes before and obviously watched Whose Line Is It Anyway for many years, but it was my first time seeing professional improvisers live in person. There were two groups that performed; the first was noticeably younger and seemed less experienced, and with the exception of one guy who was clearly massively gifted, there were more misses than hits. The second group, however, came out and hit the ball out of the park right away. I’m really going to miss seeing improv and just live comedy in general.

I was up late the previous night, so I slept in a bit and didn’t go outside for breakfast until 10am or so. I had a huge omelette at the Moonstruck Diner a few blocks away which I couldn’t finish, so the leftovers naturally became dinner later on.

At 2pm I saw an off-Broadway show at New World Stages. The show was The Play That Goes Wrong, and it really was gut-bustingly hilarious like the reviews say. The cast was energetic and talented and really gave it their all.

I spent the afternoon shopping for some basic necessities at MUJI that I’d need for my travels later on, and then resting at the hotel. I returned to New World Stages that evening for another show, this time Puffs, a semi-parody of the Wizarding World that imagines what life would have been like from the perspective of Harry Potter’s contemporaries at Hogwarts: specifically, the unremarkable Hufflepuffs. The production value was a bit shoddy, and sometimes it was hard to hear the actors (I think they didn’t have any mics since the room was pretty small?), but overall it was a fun and lighthearted evening. It felt more like watching a school play and cheering your friends on. The highlight of the show was the guy who played Zacharias Smith as an American bro and completely veered off into an improvised but impressive monologue about thestral-tipping; the entire theatre was convulsing with laughter, including the other actors.

I had a quick breakfast at the Red Flame diner and jumped in a Lyft to catch an even earlier train, and then I was off.

See you next time, NYC! 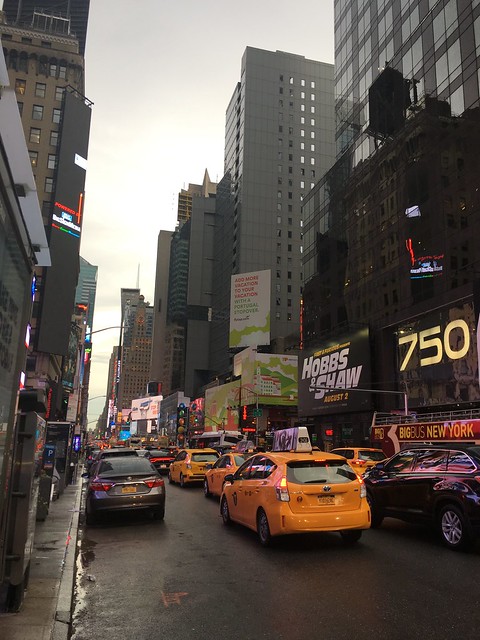