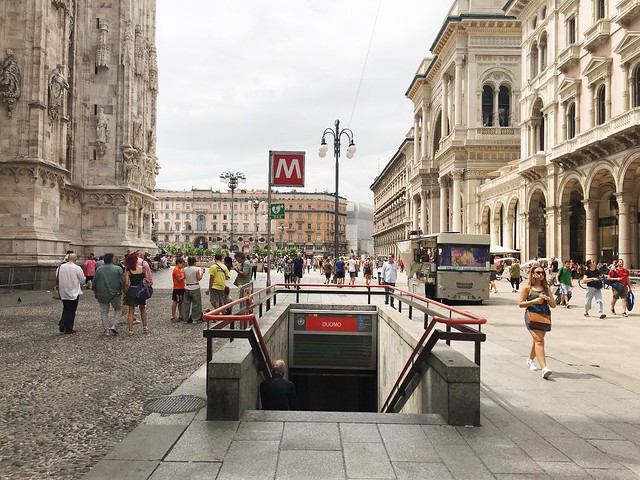 I decided to go to Milan as one final personal holiday of sorts before starting my new job this week. I will only have one day between jobs–I have continued to work remotely on a part-time basis for my old job, and will continue to do so until the last day of July–so this was a chance to unwind for a bit. And boy, did I pick the right country to do that: I felt calm and at peace in Italy, sipping on cappuccinos and devouring wildberry gelato. I was technically there for only one full day and two nights, but definitely headed back to Geneva with a new energy.

The hotel I stayed at was Aiello Rooms San Babila, located in an ideal part of town: a five-minute walk from the famous Duomo, and surrounded by restaurants and retail shops on all sides. I absolutely loved the room, which looked directly over the busy San Babila plaza. 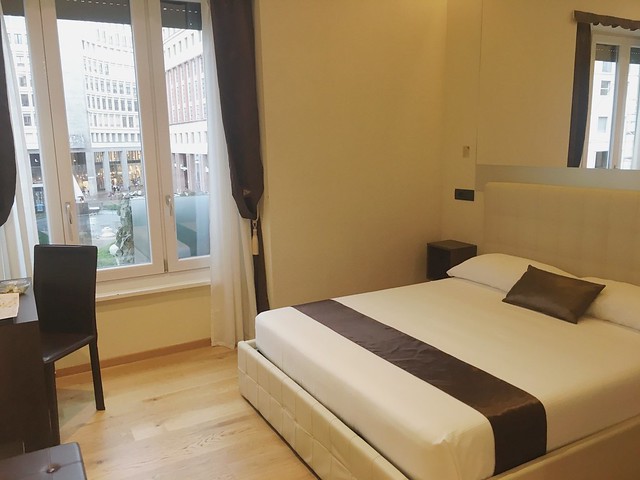 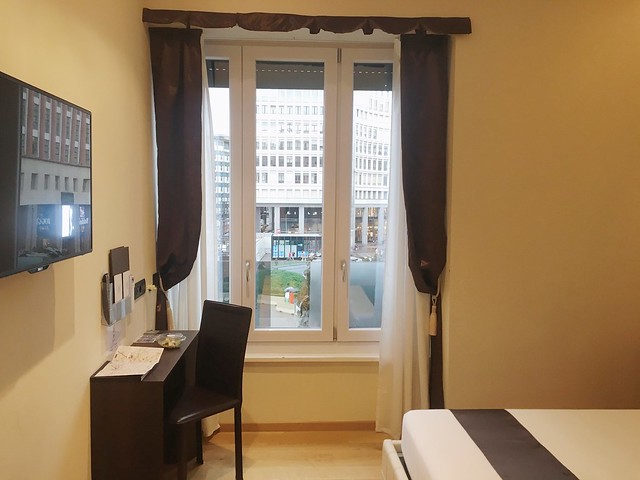 The Duomo was under construction from the back. The plaza in the front was absolutely swarming with summer tourists, so I didn’t linger. 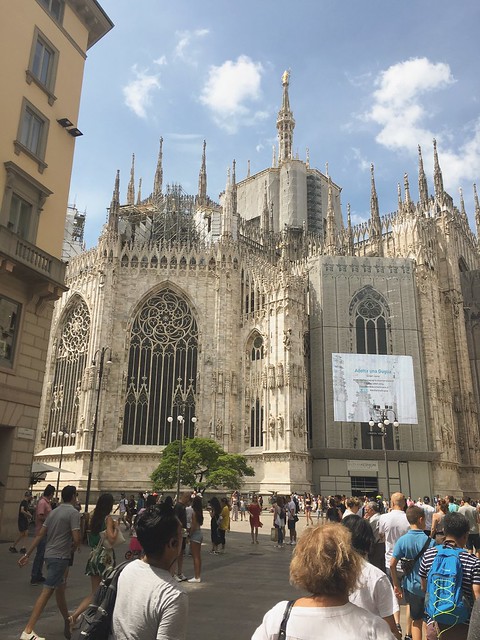 For dinner I went to a restaurant nearby called Salsamenteria di Parma. Instead of getting my usual lasagna or spaghetti, I decided to be spontaneous and pick a random thing off the menu without consulting Google Translate. And that’s how I got a plate of tortelli di zucca… and how I learned that zucca is Italian for pumpkin. I can’t say that I’d willingly order and eat this meal again, but I also can’t say that it was bad. It was… interesting? And the portion size was kind of small, so I ate almost all of the free table bread, which came with an olive oil dip that tasted surprisingly fishy.

That first night I stayed up way too late binge-watching the last season of Orange is the New Black. The next morning I slept way in and didn’t go out to lunch until nearly noon, but luckily the restaurant I wanted to go to, Obica Mozzarella Bar, wasn’t insanely packed. It’s a breezy rooftop restaurant that is literally across the street from the Duomo, so the view is unbeatable. (Side note: One thing I really dislike about Italian restaurants is how close the tables are to each other! There’s always this awkward tension when the host seats you uncomfortably close to another party, especially if you’re a solo traveler like me.) 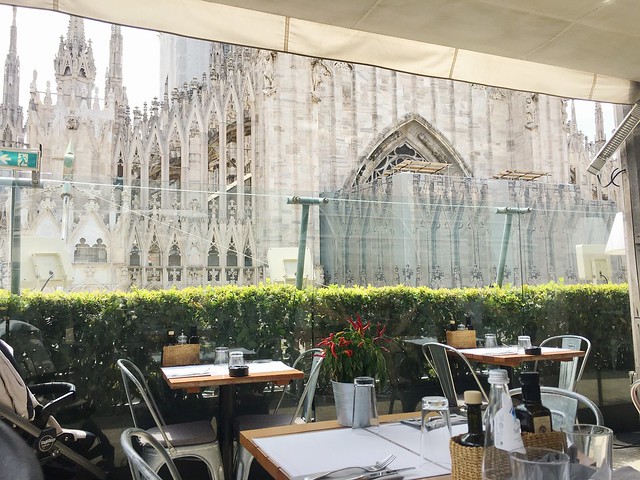 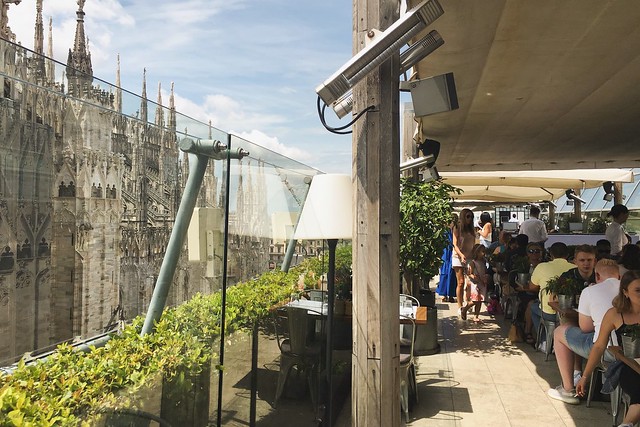 I ordered a random pizza off the menu and was once again surprised when it turned out to be twice the size of my head. 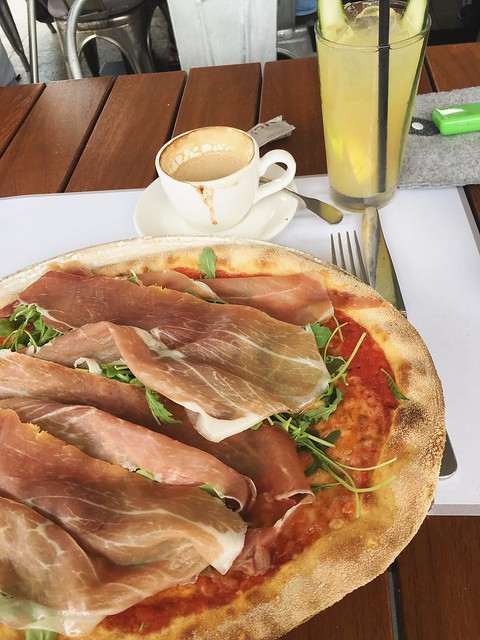 After lunch I went to MUJI to pick up some new bed linens. This was an extremely exciting activity for me. 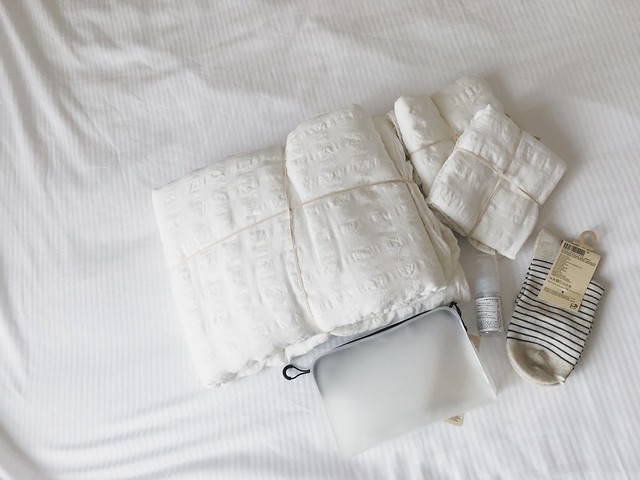 I also wanted to go to some vintage shops, but many of them seemed to be closed on Sunday, or maybe I just didn’t know how to look? I ended up just wandering around the Brera District and drinking cold drinks. (It was supposed to rain all day Sunday according to the forecast, so I only brought my rainboots, but then it was sunny all day.) 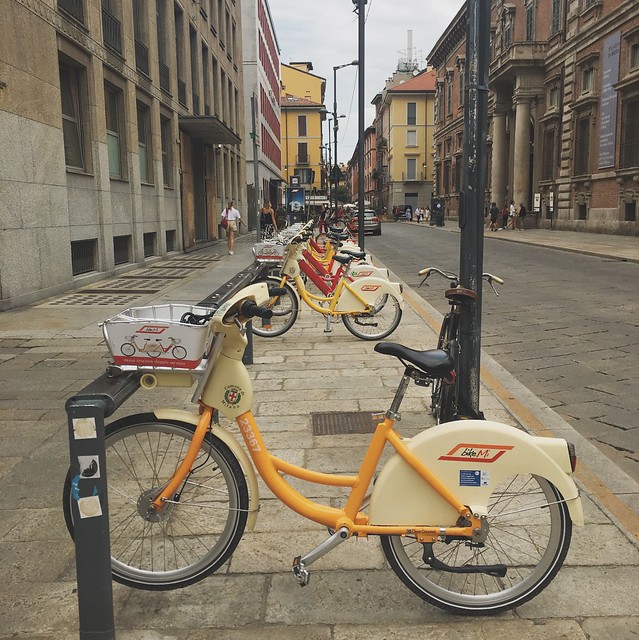 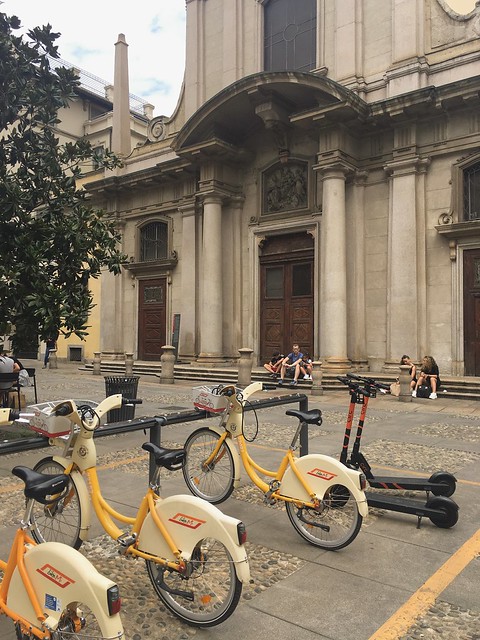 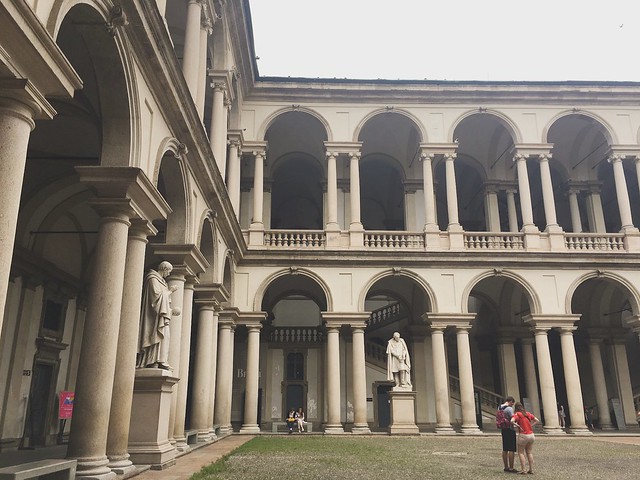 The only clothing I ended up buying was from Mango. A very, very crowded and chaotic place, where a girl literally stuck her hand into my dressing room trying to locate a lost iPhone, but the stuff was SO CUTE. I bought a dress and a T-shirt. 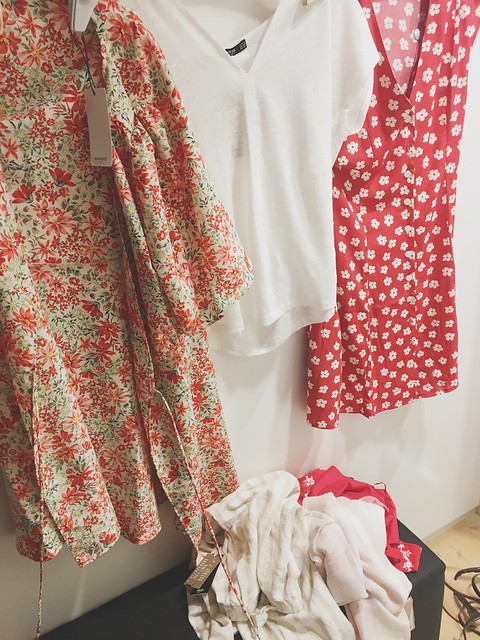 That second night I stayed up late again, this time binge-watching Dead to Me. (SO GOOD. UGH.) But that made the next morning, which involved having to catch an 8:23 train, pretty miserable. I dozed off in my window seat and felt groggy for the rest of the day. I NEED TO GET MY SHIT TOGETHER.

At least the train ride was really, really nice. A solid 4 hours, but I’m now very interested in visiting previously unknown destinations like Montreux (absolutely beautiful French architecture along Lake Geneva) and Brig (snow-capped mountains–wait, is this where people ski???). I still can’t believe I traversed French-, German-, and Italian-speaking regions within a span of 4 hours. I love Europe! 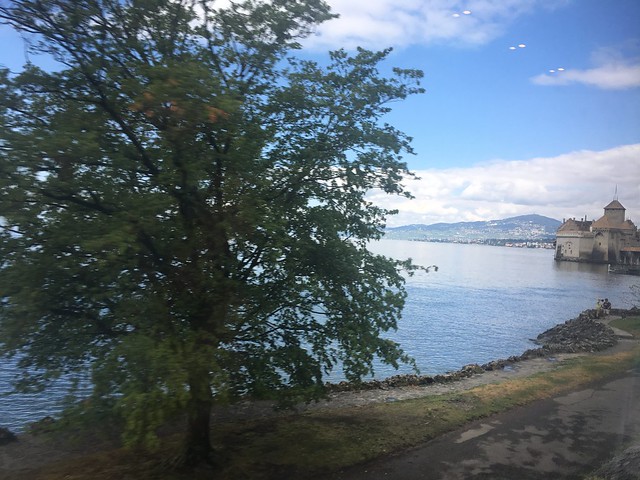