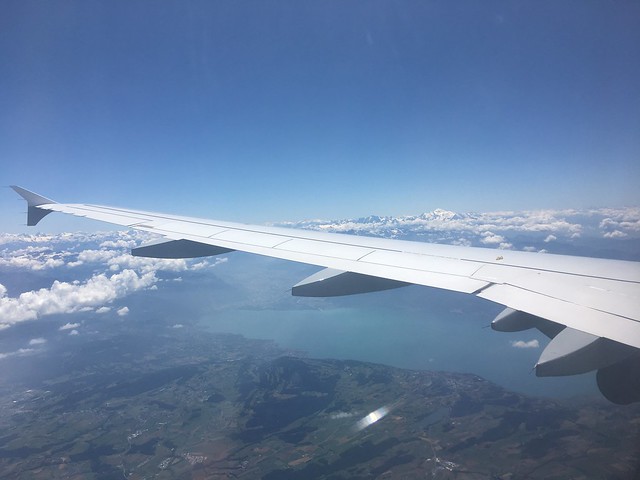 First, a disclaimer: I feel incredibly lucky to be living in Switzerland with a job that pays a decent salary, a nice apartment, and the opportunity to travel around Europe on weekends. I wouldn’t trade it for the world.

I did, however, have a pretty bad night that led me to thinking about all the different frustrations and sources of stress that have popped up for me since I moved here about half a month ago. Life is never perfect, especially when you are someone who’s struggled with lifelong anxiety and depression, and it certainly isn’t perfect just because I’m in Switzerland. For me, it’s helpful to write down all of the things that are causing me stress, and then figure out how to tackle them individually.

I had had what felt like a long day at work today; it was only my second day at my new job, and there was so much information to absorb, I was happy to be in my new job and adored my coworkers, but felt exhausted and drained by the end of the day. But then I had to go to evening French class for the first time, which was super exciting because I had really looked forward to actually learning French and being able to prove that I can “fit in” in Geneva. But when I got to the school at 6:30pm, it was locked. The call button didn’t work. I pounded on the door for minutes, but no one came to my aid.

I called the front desk at the school’s main location, and the woman on the other end of the phone was cold and condescending; she made me feel crazy, or like an idiot, for thinking that there were any classes at 6:30pm, even though that was clearly what I had registered for. I almost burst out crying from the stress and the disbelief. (I mean, I had paid 400+ francs for this class–had I been scammed?) I walked out of the building and around, and finally found a different entrance that wasn’t locked; I entered and was able to find my class, but I was 8 minutes late, and the incident with the locked door had just thrown me off completely. The teacher only spoke in French for the entire 2 hours, even though it was literally A1-level French for people who had no knowledge of the language, which made me extra frustrated, and I could barely focus and kept stumbling and pausing whenever it was my turn to answer a question or read a vocabulary word. By the time I got on the bus to go home, I was crying. Just a little.

Which leads me to another major frustration: If I had been in DC and had had a long, crappy day, I would have just popped by the grocery store or one of my favorite hole-in-the-wall restaurants and picked up a nice, greasy comfort food, like chicken and waffles. But here in Switzerland, all the shops are closed by 6 or 7pm, and the restaurants are SO expensive, not to mention the service is super slow; the server doesn’t come to you automatically, you have to flag them down every time, and I just can’t handle that level of personal interaction when my battery is so low. Plus, the frustration that comes with not speaking French–having to force someone in their hometown to acquiesce to you and speak your language, being the stereotypical immigrant who can’t seem to assimilate–is a particularly difficult stumbling block for me to overcome. I’ve found myself going only to self-checkout at grocery stores, and doing a lot of my shopping online instead of in person.

I don’t feel necessarily lonely, but I do feel very alone, and that’s been hard as I navigate all the tricky processes that come with being an expat. My work didn’t provide me with relocation assistance, so I had to pay for my own flight, find an apartment myself, and shell out major $$$ for Airbnbs during my first few days, not to mention all the stuff I had to buy; my checkings and savings accounts are literally depleted at this point (thanks, student loans and nonprofit salaries!). I have been trying to set up a Swiss bank account, but have been told repeatedly to expect a logistical nightmare, since I’m American. I’ve been feeling like nobody has my back–and as a result, I have started repeating old patterns and retreating into my little corner.

This self-imposed isolation, of course, isn’t good. I needed a good cry and a brief wallow in misery today, but I have to keep going, knowing it will get better–and the way to do that is through getting really good at French, and getting out and meeting more people, which are not at all mutually exclusive. So here’s a reminder to myself: Never, ever, ever take this new life for granted, the good and the bad.