I. Am. Basic. AF. And I love Paris! I have been to Paris three times at this point, but I feel like I can never get enough of it. The breakfast (why is their butter so good!). The Seine. The cute little cafes with the cute little bistro chairs (EEEEK). Now that I am only a 3-hour train ride from Paris, of course I had to make a fun little weekend trip out of it. Here are a few photos.

I stayed at Hotel du Levant, a little boutique hotel that is super close to Cathedrale Notre-Dame, which is, of course, unfortunately closed. The hotel was definitely showing its age, but the decor was charming. I liked how firm the mattress was. It was the best two nights’ sleep I’d gotten in ages. 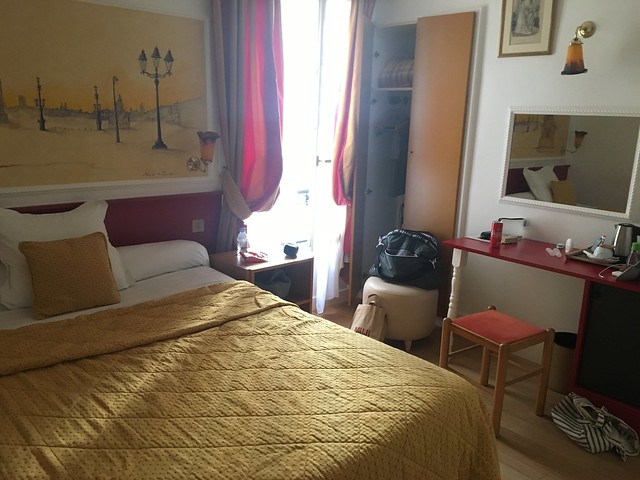 I took the 6:30pm train on Friday from Geneva and arrived at the hotel… I want to say a little after 10pm? So I was beat. The next morning I slept in a bit and didn’t go to breakfast until 9am or so. The options at the hotel were limited, but I enjoyed some coffee, orange juice, a baguette, and a yogurt. Then I went outside to check out the Notre Dame, just to see how she was holding up. The last time I visited was in summer 2017. 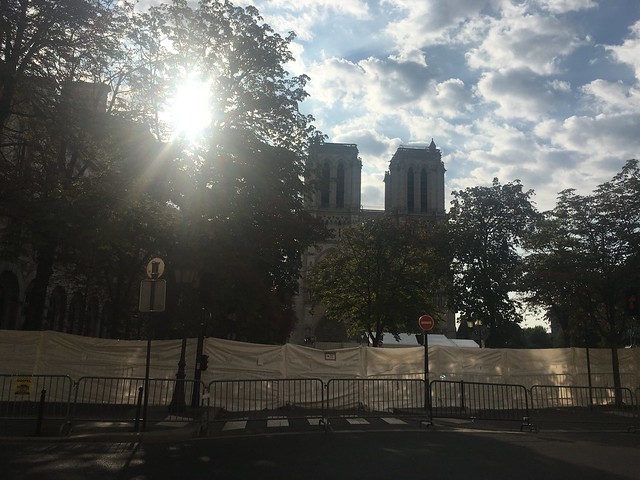 After that I walked along the banks of the Seine towards Musee D’Orsay, which I had never had a chance to visit before. It was a nice half-hour stroll. 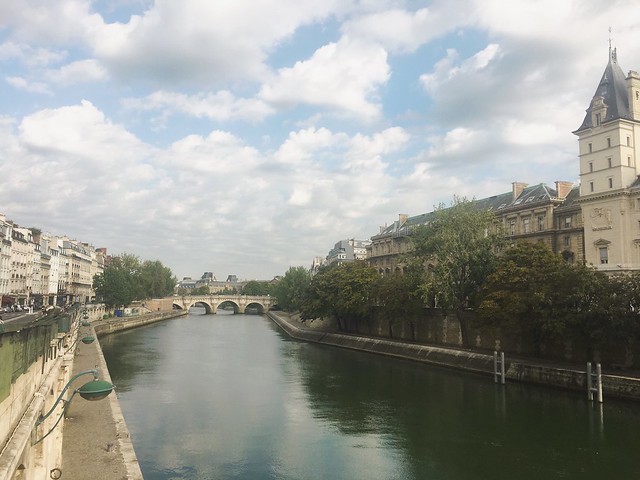 It was during this walk that I got harassed by one of those scammers posing as petitioners. A girl yelled at me, “Do you speak English?” and when I ignored her and walked past, she pushed up aggressively against me with her clipboard and walked with me for a few seconds, yelling into my ear, before finally giving up. I checked my bag afterward and luckily no one had made off with my phone or wallet. 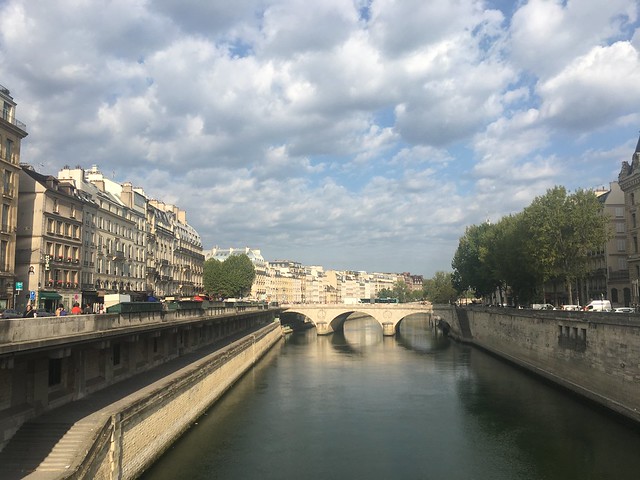 I bought my entry ticket at Musée D’Orsay speaking only in French!

Musée D’Orsay wasn’t that big, compared to the Louvre or even the National Gallery of Art in DC. But it was bright and airy and not super crowded, and there were some intriguing pieces. 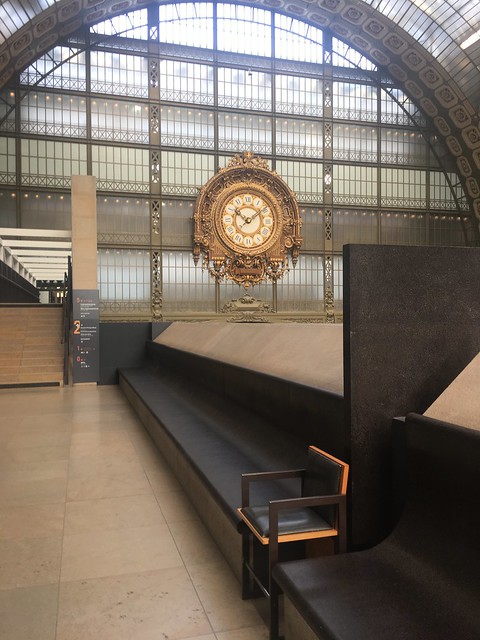 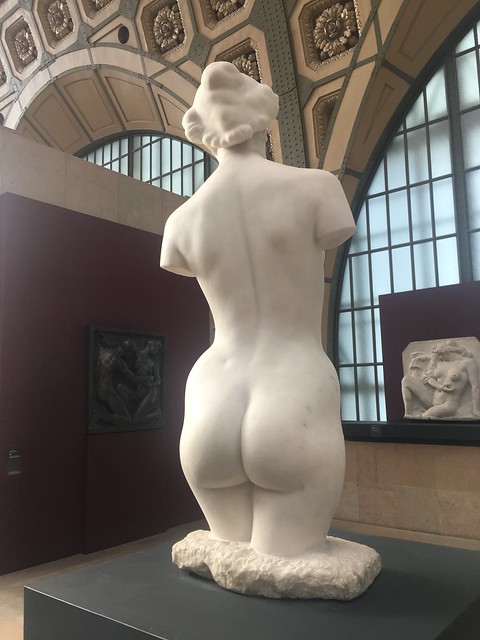 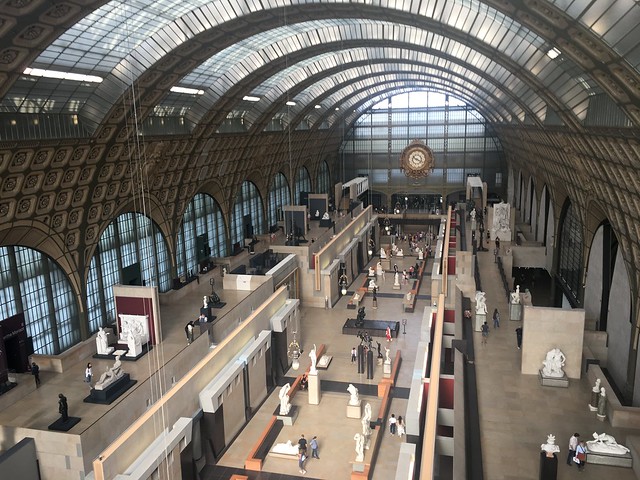 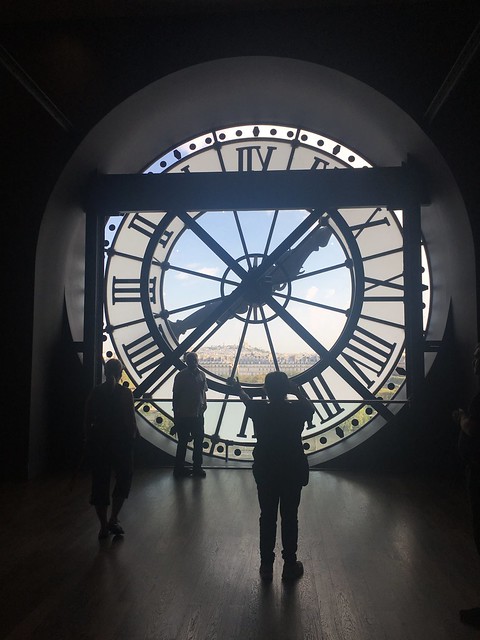 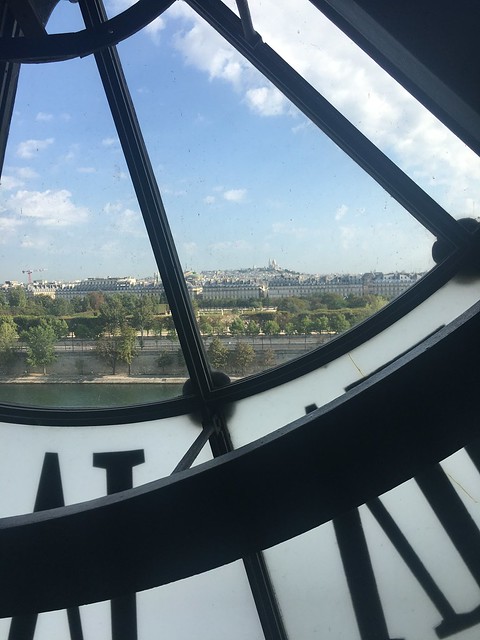 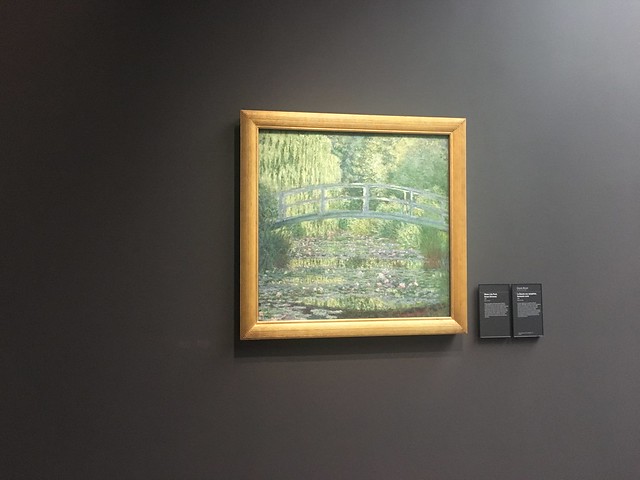 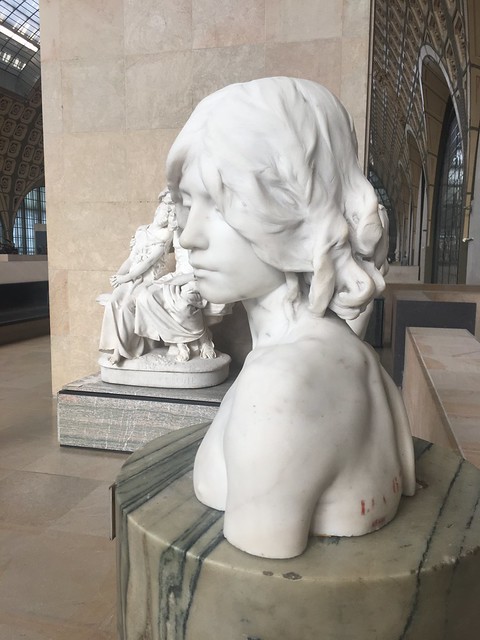 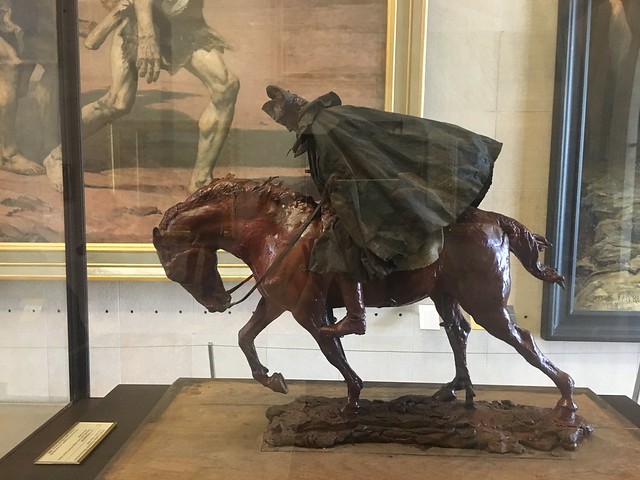 Next, I walked a few minutes over to Musée Rodin, as seen on the Marvelous Mrs. Maisel. The garden grounds outside were just stunning. 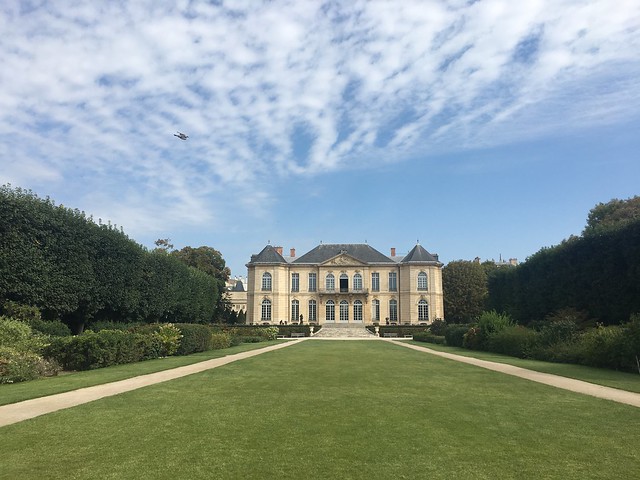 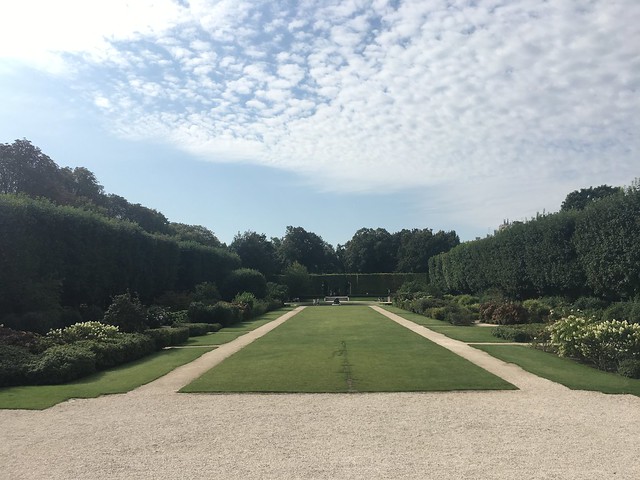 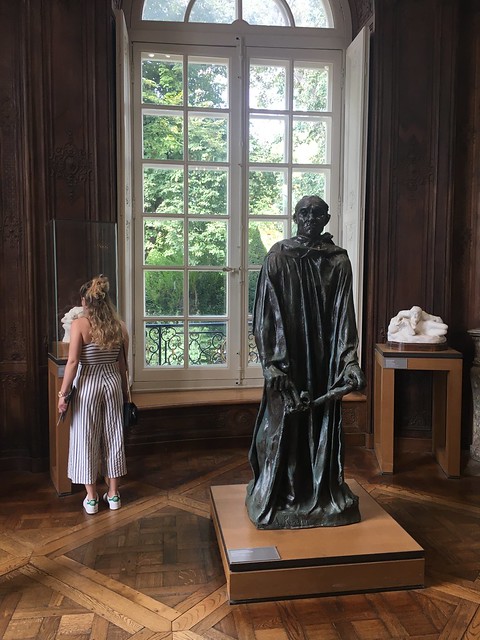 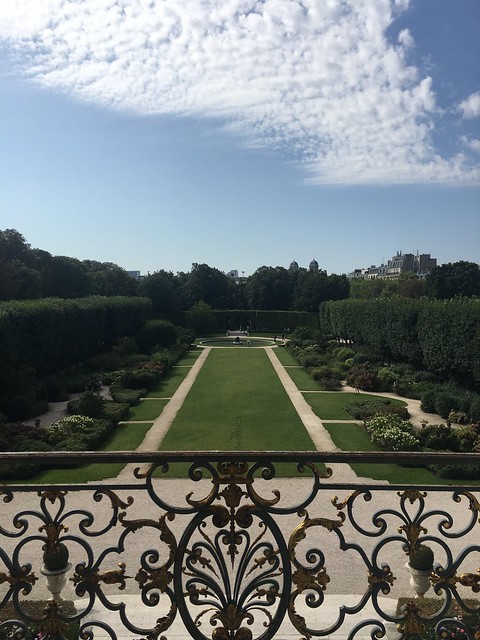 That was pretty much all the sightseeing I did in Paris this time around. For lunch, I met up with a friend who used to live in DC but now lives in Paris, and we caught up over wine, salads and oysters. After lunch, I went to MUJI to get some household stuff, and then returned to the hotel to rest.

At night, we met up again — this time to hang out at a beer/friends/family festival her husband was staffing. I’m not exaggerating when I say this was a family affair: there were little kids and toddlers running around at 10pm when all the adults were drunk. I just had a ginger and lime cocktail since I had to catch an early train the next morning. 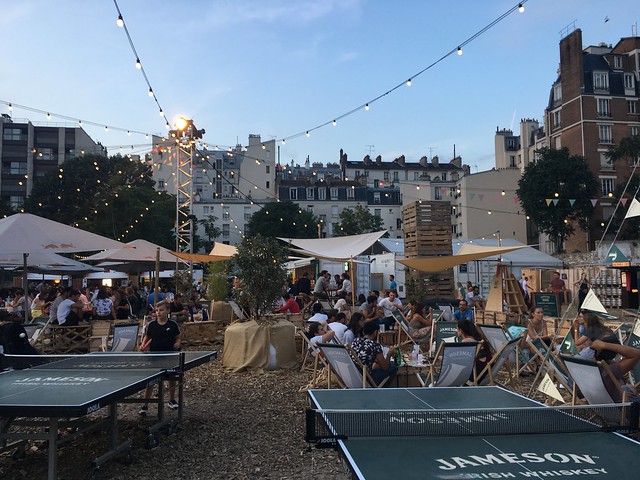 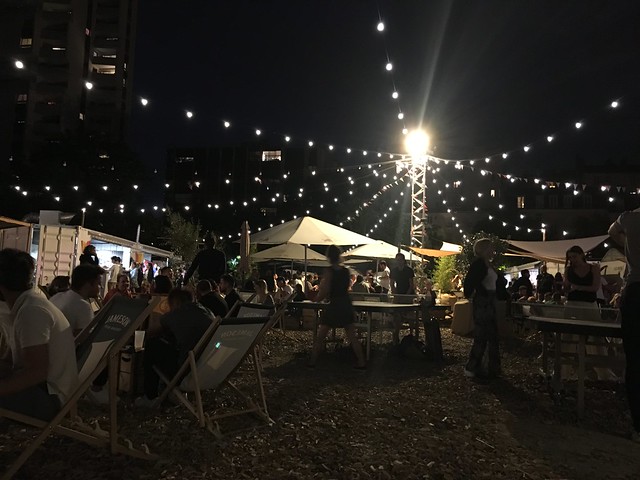 It was difficult to snag a comfortable chair, but the atmosphere was très chill.

If I’m honest, the three-hour train ride wasn’t as magical as I’d imagined. On the way to Paris, I somehow ended up in one of those four-person seats, where I was facing against the direction of travel AND had to put up with the woman across from me stretching out her legs and eating noisily. And then on the way back, I faced the front, but the A/C broke in our car and everyone was sweaty and quietly miserable. One of the train employees came by and told us we could move to a different car, but no one did, and I didn’t either. I guess I thought I could just tough it out? But yeah, next time I am getting my ass to the next car pronto.

Au revoir, Paris ! I will see you again… possibly in the springtime, as I want to see Versaille in its full, blossoming glory.