It may be the tail end of summer in Geneva, but Lyon is still a hot mess. Literally. I squeezed in a day trip over there on Saturday without doing much prior research on the city, and it turns out: Lyon is super hot right now. Also, its most famous tourist site is at the top of a mountain. It’s always fun to go into a trip without any expectations.

I decided to go to Lyon for one silly reason. When I was in Paris two weekends ago, I had this butter at the hotel that was literally the best thing I had ever tasted in my life. I took note of the brand and wrote it down: Beillevaire. I then did some googling and discovered that Beillevaire had a fromagerie in Lyon, which is only two hours from Geneva by train. I decided to go see if I could buy some butter.

I took the train at 11:30am and arrived in Lyon at 1:20. It was one of those trains where you pick your own seat, and there was no one onboard to check tickets.

The Lyon train station was a MESS. I walked into a mall-like structure nearby, and it was overrun with tourists, families, screaming kids crawling around on the floor, and literally a guy in a wheelchair panhandling in the middle of the mall. I tried to use the restroom but they charged money, so I decided instead to head to the touristy part of town. Which involved walking across two bridges and one island. 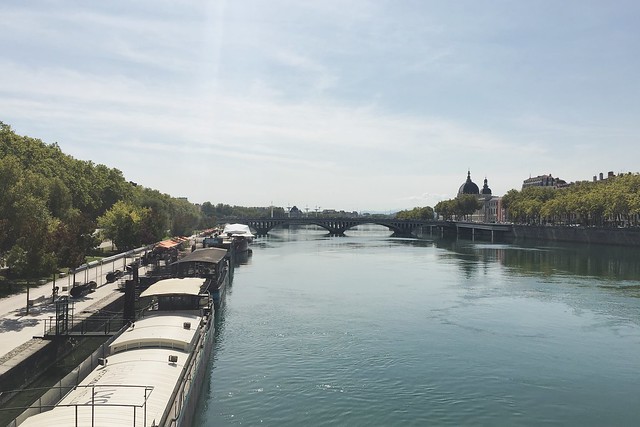 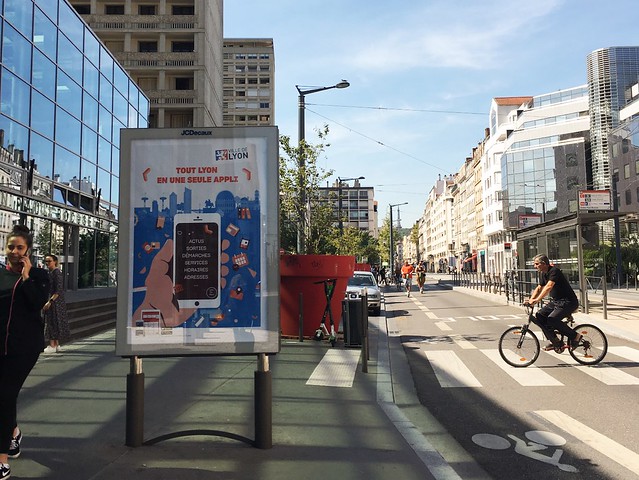 By the time I got to the same island that the Basilica Notre-Dame de Fourvière was on, I was a little overheated and dizzy, so I stopped at a riverside cafe and had a cup of café crème. 3.5 euros for a cup that was barely bigger than a shot glass! 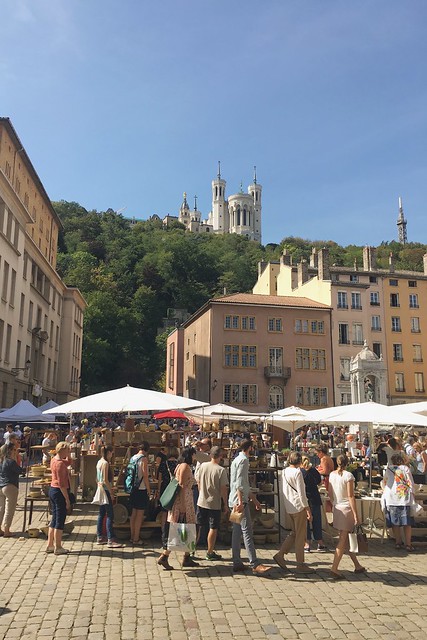 There was a random pottery exhibition in the middle of town square. Again, the touristy part of Lyon was a MESS. I literally saw a three-way street fight break out among two dudes and a dog. There were armed soldiers everywhere. 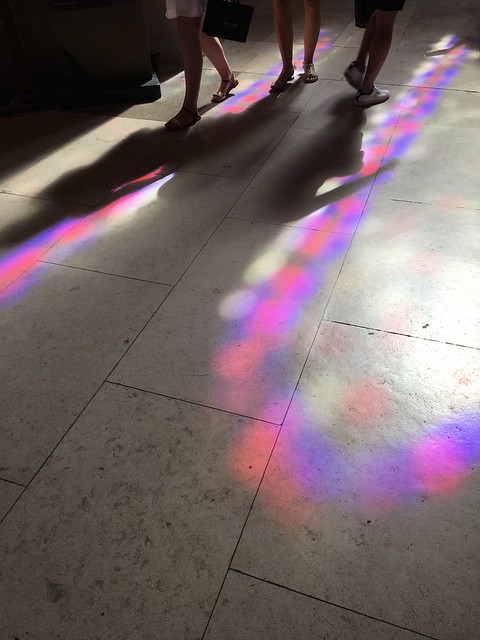 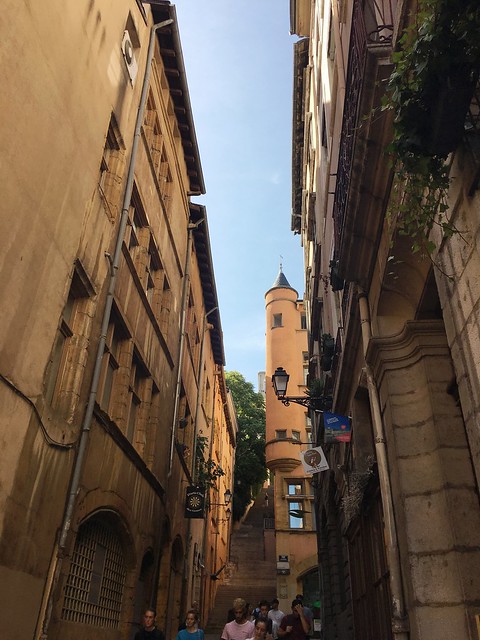 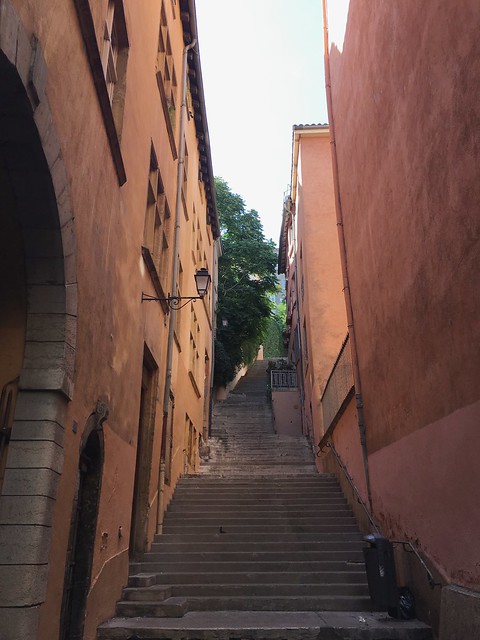 Lots and lots of stairs to get up to the basilica. 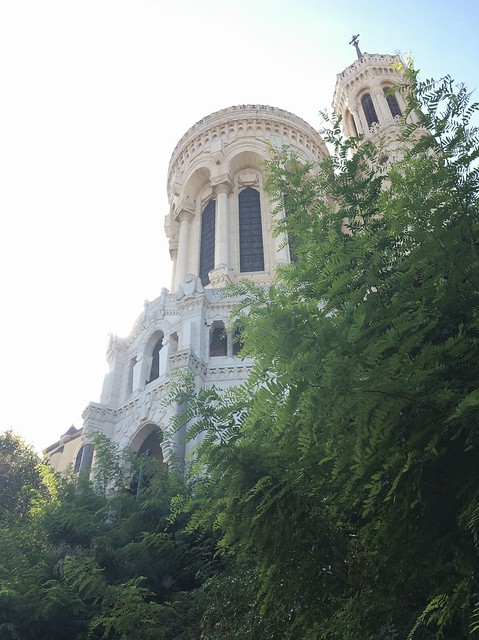 Which, of course, means a nice view waiting up at the top. 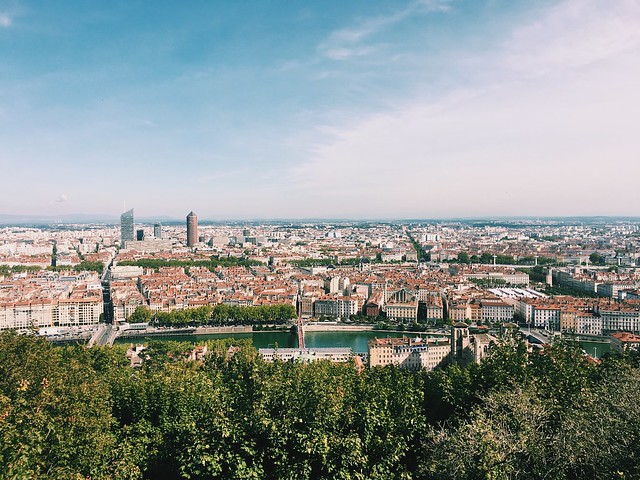 I skipped lunch that day so was famished by 5pm, but was also feeling claustrophobic and didn’t want to eat in a crowded restaurant, which seemed to be all of them. I finally ended up in a relatively quiet courtyard, at a restaurant called Miss Paradis. I ordered a gourmet paella. 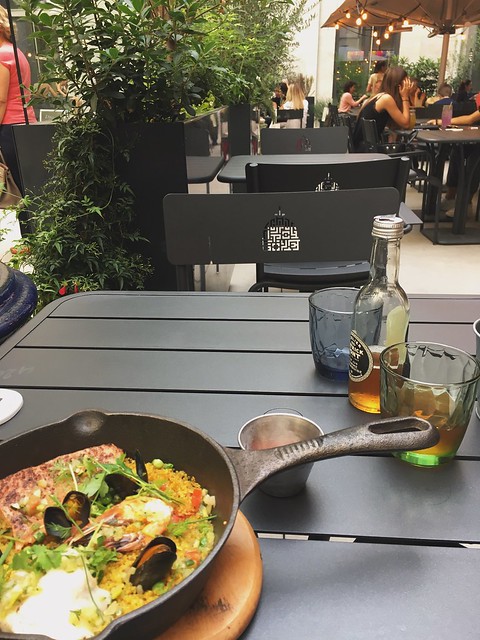 After dinner I went to Mango and bought two pairs of jeans. 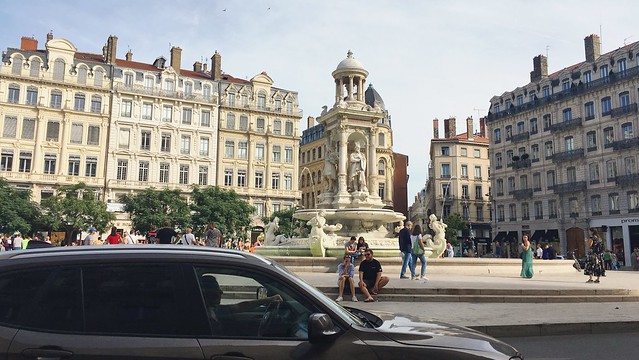 My final stop of the day was the Beillevaire fromagerie, conveniently located in the Les Halles indoor food market near the train station. But I didn’t end up buying the butter — I asked one of the employees if I’d be OK transporting it home to Geneva, and he was like, Nah, it’s probably going to melt and make a huge mess. I was disappointed but appreciated the honesty. Perhaps I’ll come back in the wintertime and bring an insulated bag padded with ice or something.