Interlaken, Switzerland is kind of special to me. My previous job had a project named after Interlaken, so it was a bit surreal to actually go to the ACTUAL Interlaken after two years of referencing its name in day-to-day conversations. Interlaken, as its name states, is situated between two gorgeous lakes and only 3 hours by train from Geneva, with a transfer in Bern. My dad was briefly in town last weekend after attending a conference in Dijon, so I decided to take him to Interlaken for a quick day trip. 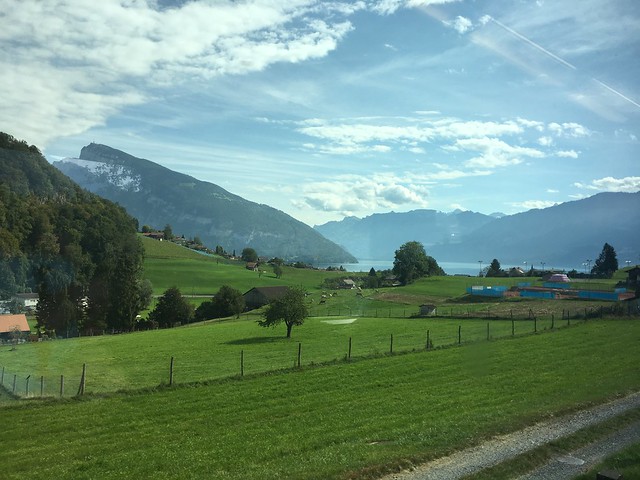 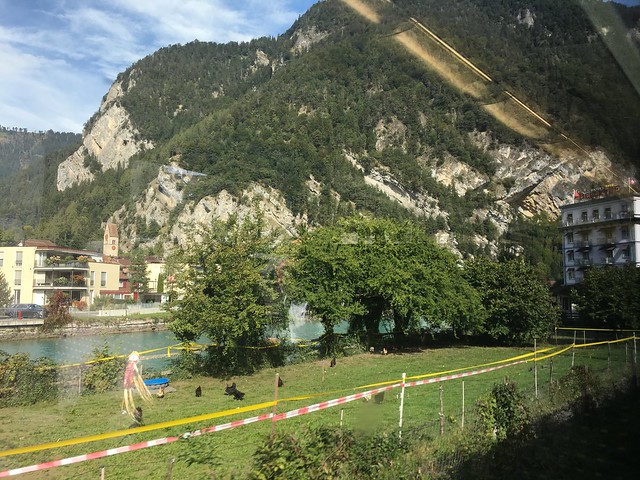 We got out at Interlaken Ost station rather than Interlaken West because a coworker had told me the view on the Brienzersee side was better. There was a buffet-style Coop restaurant right at the train station, so we had a hearty lunch there and set out towards Lake Brienz. 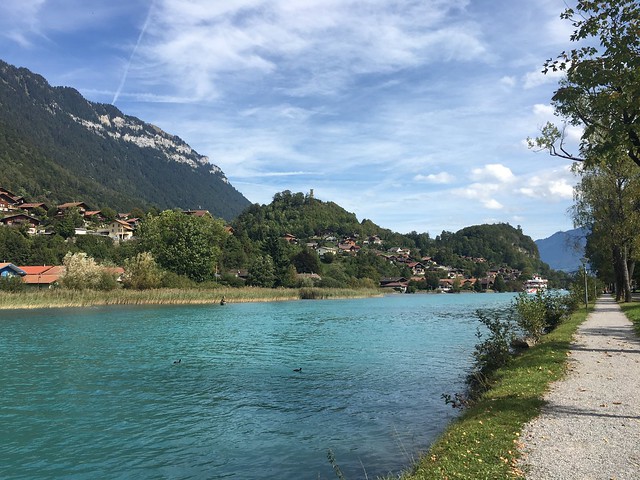 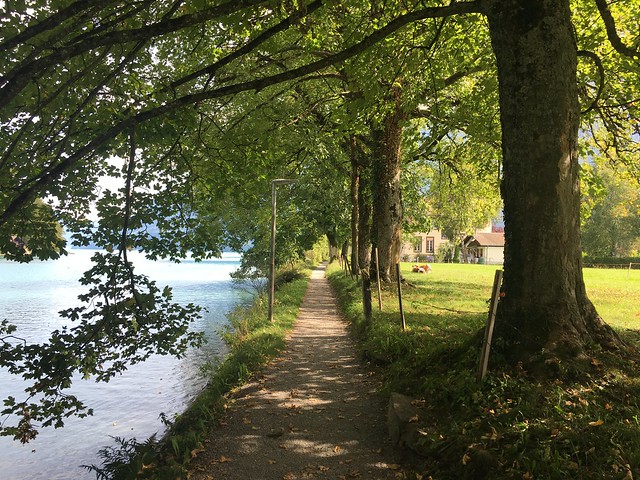 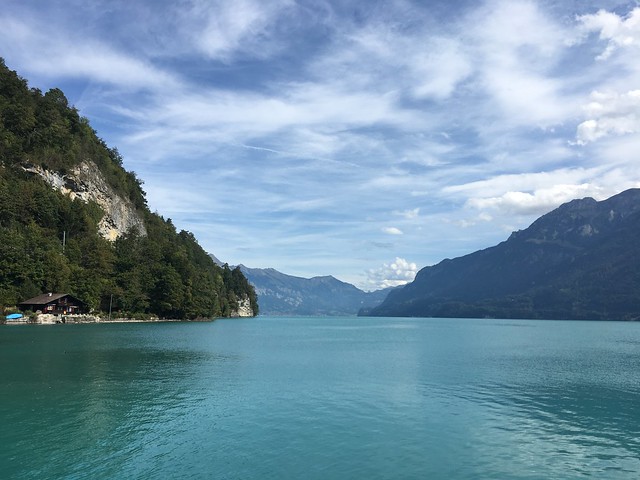 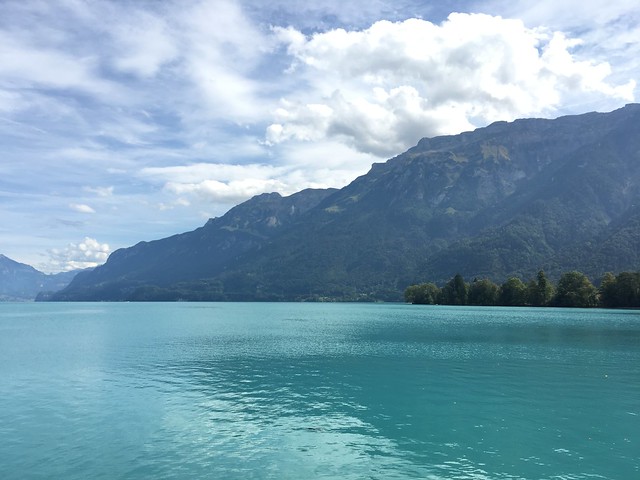 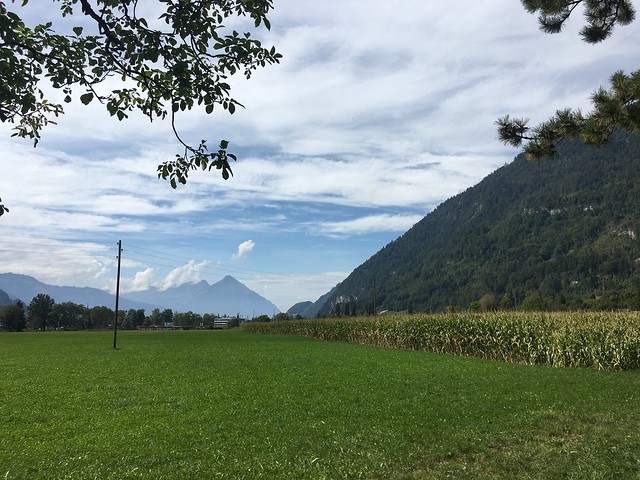 The lake was quiet and non-touristy. But when we turned back west towards town center, it was basically an explosion of people — mostly Chinese tourists. 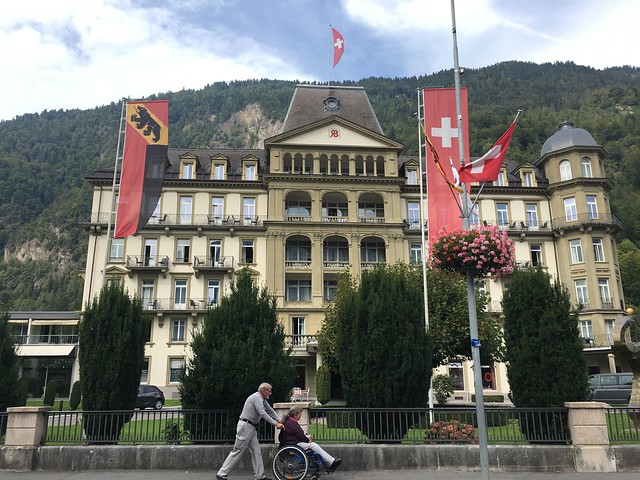 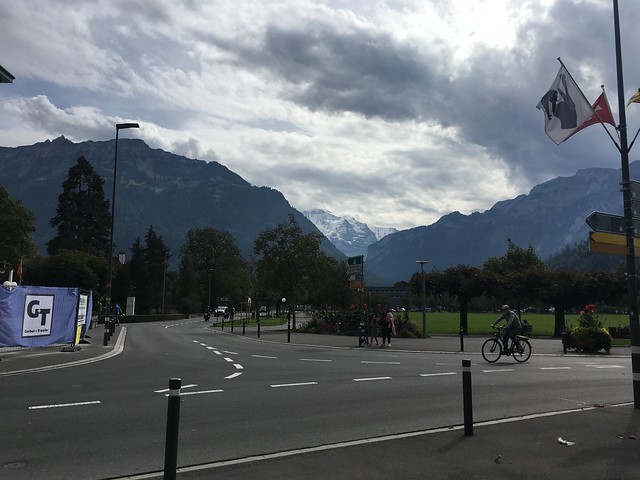 The snow-capped peaks in the background looked photoshopped on. 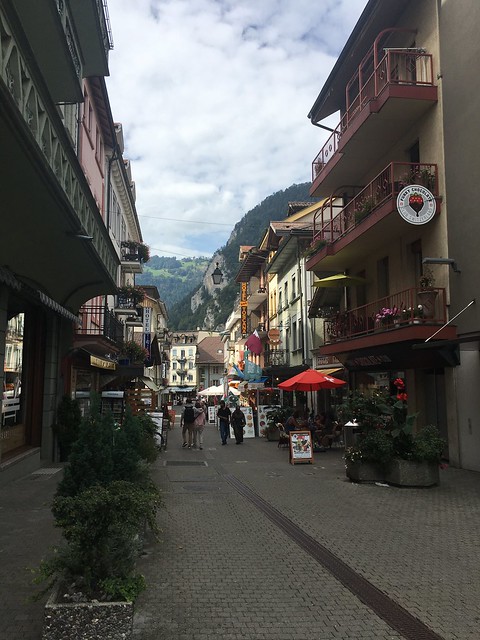 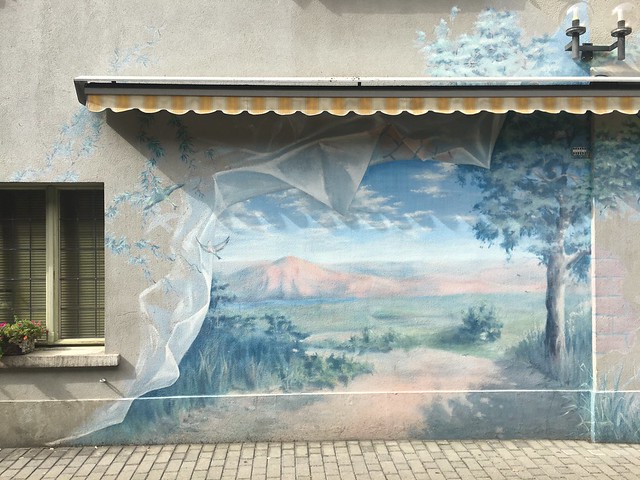 We didn’t do any hiking because of my dad’s health. There was a so-called wildlife park on the side of a mountain near the train station, but it had a rather modest population of a pair of gazelles and a badger. 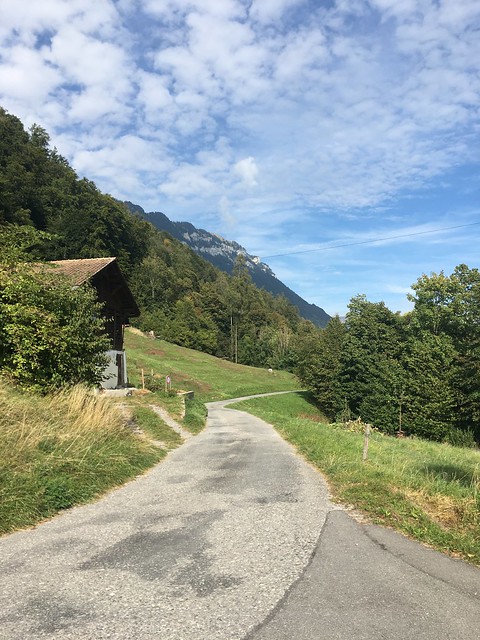 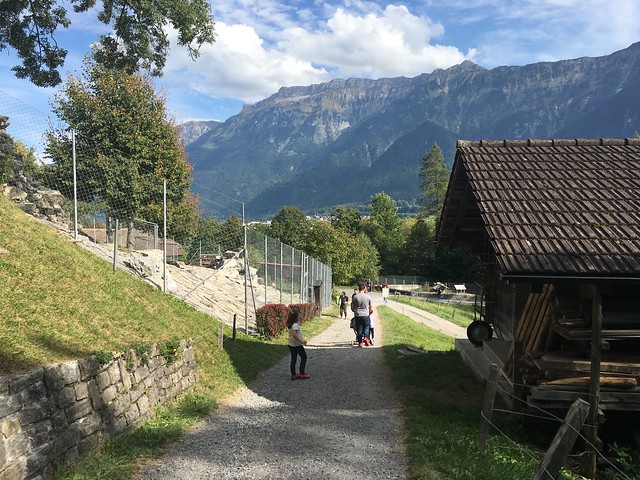 This Italian patio restaurant provided a nice respite to relax over coffee. 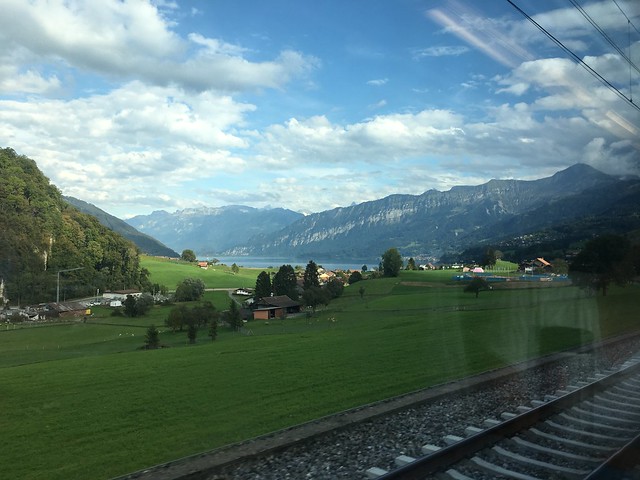 I definitely need a better camera. My dad’s Samsung blew my iPhone 6 out of the water! I do have a very entry-level DSLR but never take it anywhere because it’s bulky and also makes me stick out as a tourist, but I’m looking into light mirrorless cameras that don’t break the bank.