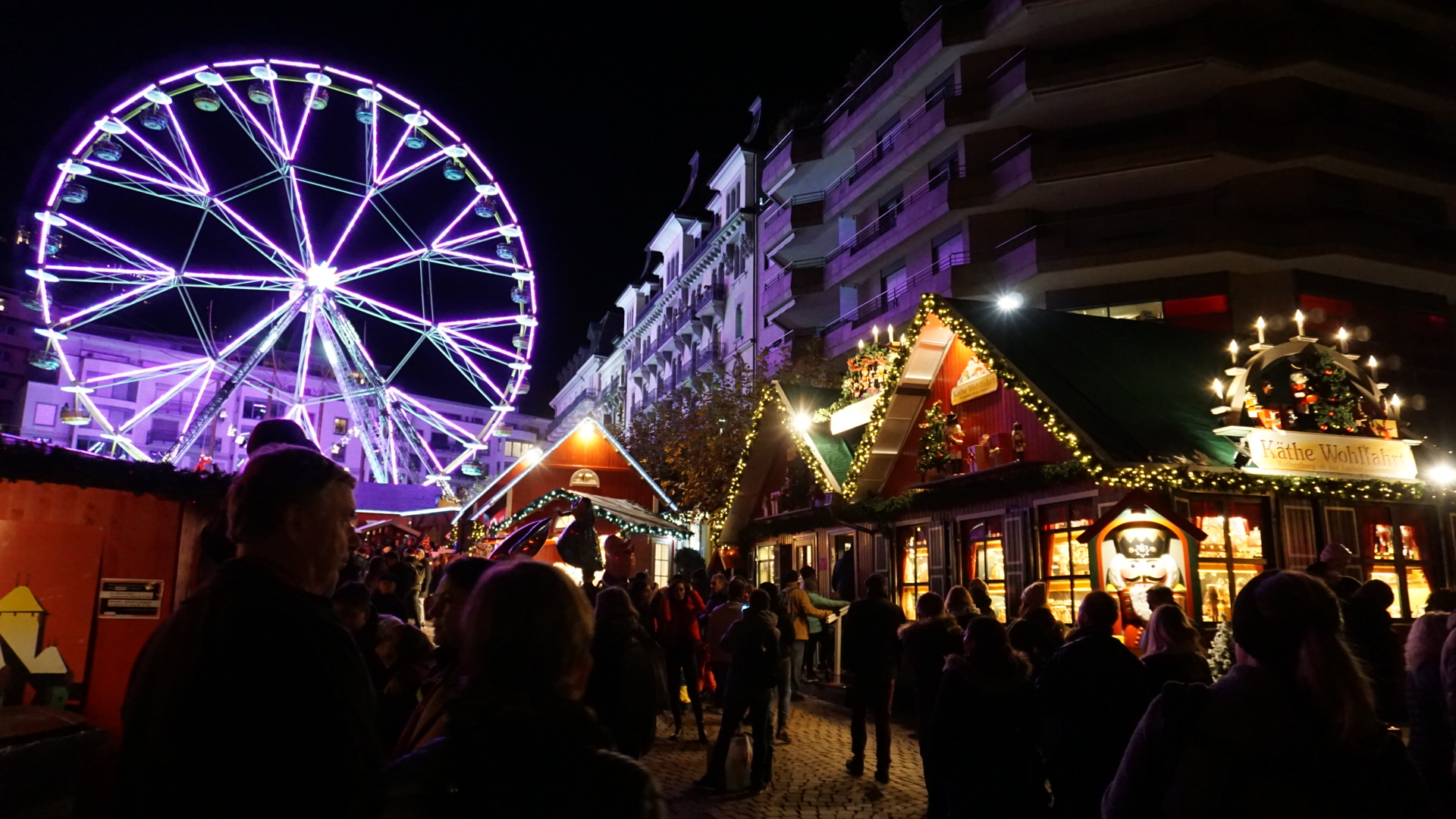 Montreux is possibly the most beautiful city in all of French-speaking Switzerland. It is the type of place you’d pick if you wanted to get married in a stunningly beautiful and quaint little Swiss town (and you also had big buck$$$ to spare, ofc).

I decided to come to Montreux this weekend for my very first Christmas market experience in Europe. People have been giving me all sorts of amazing suggestions for the Best Christmas Market Out There (Strasbourg! Dresden! Munich!) but I am flat out broke after traveling way too much in the midst of my initial excitement (i.e., honeymoon stage) upon moving to Europe, so I wanted to stay close to home. Montreux is only an hour by train from Geneva; if Lake Geneva / Lac Léman were a banana, Geneva would be the western end of the banana, and Montreux would be the eastern end. It’s an excellent day trip and not to be missed. 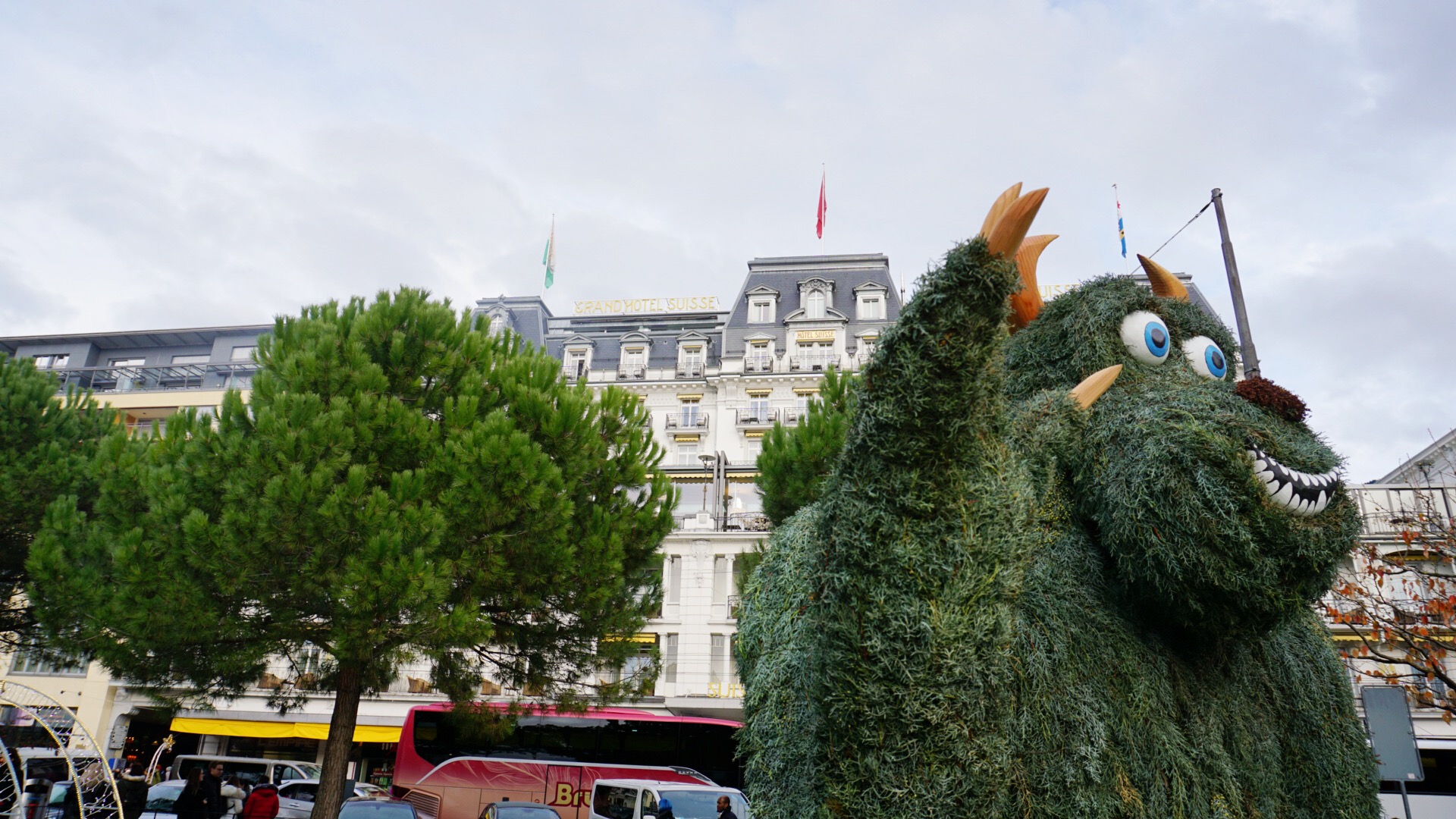 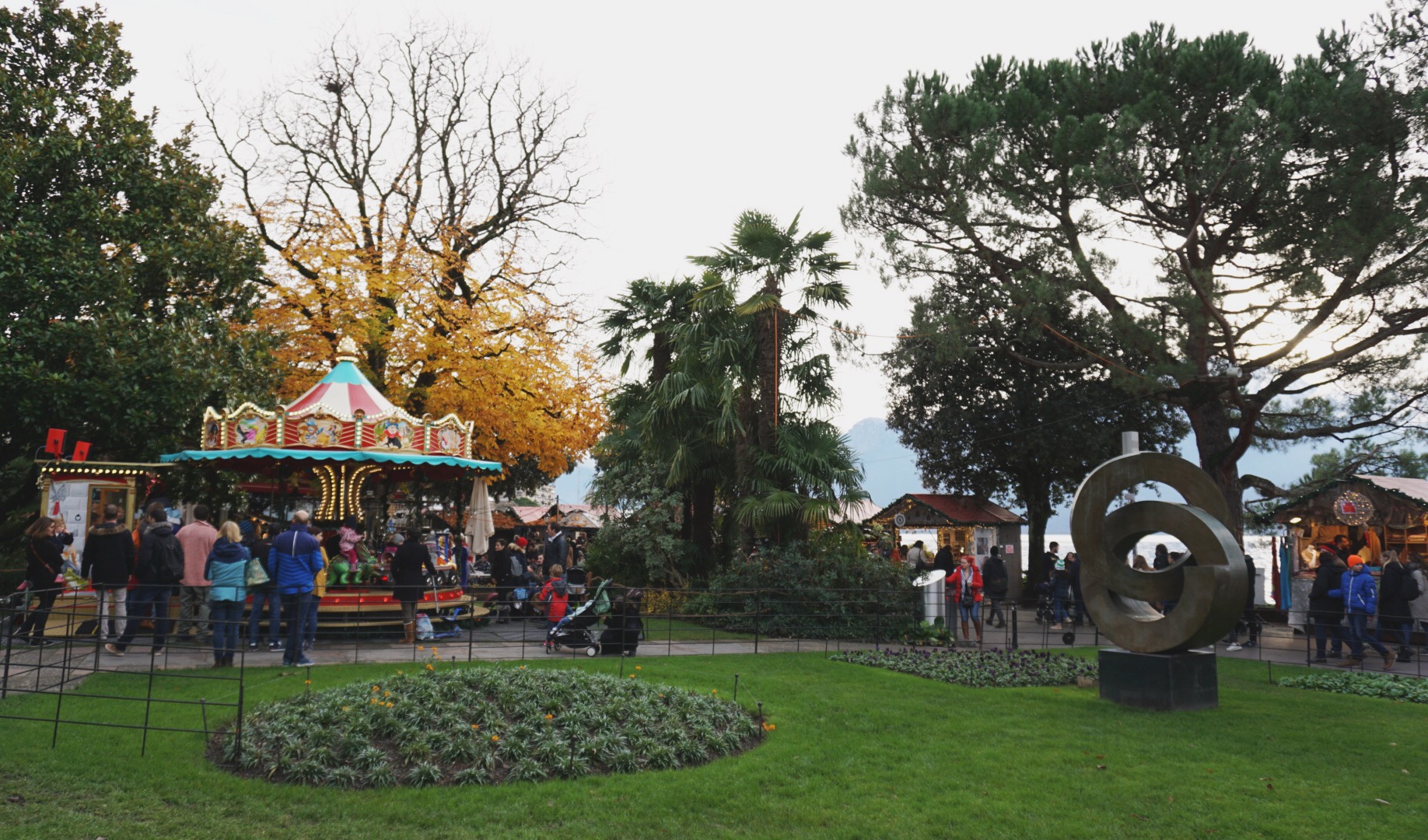 I arrived in Montreux at 3:20pm and immediately encountered a wrinkle in my itinerary due to poor planning. I’d been planning to visit Château de Chillon, a 12th-century castle that is one of the most visited historical buildings in Switzerland, but it turns out the castle closes its doors to new visits at 4pm, an hour before its official closing time. I would have made it just in time, according to Google Maps, but the bus from Montreux Gare to the château was at least 10 minutes late and horrifically crowded. (On the bright side, a huge Bernese mountain dog rode next to me, panting blissfully. I love dogs on buses!)

I got to the château at 4:05pm. OF COURSE the castle doors were already firmly shut; I should have expected nothing less from the Swiss. 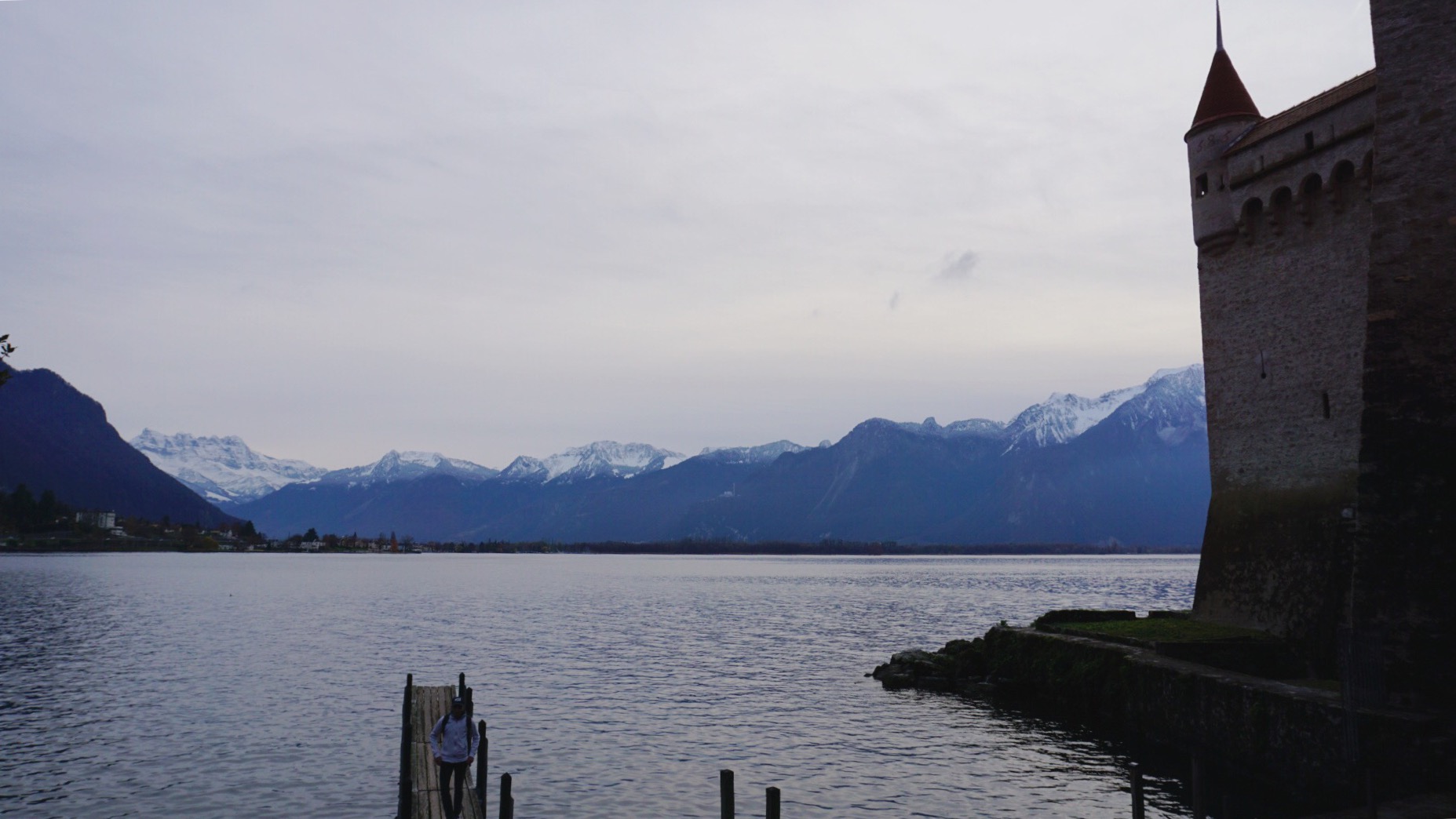 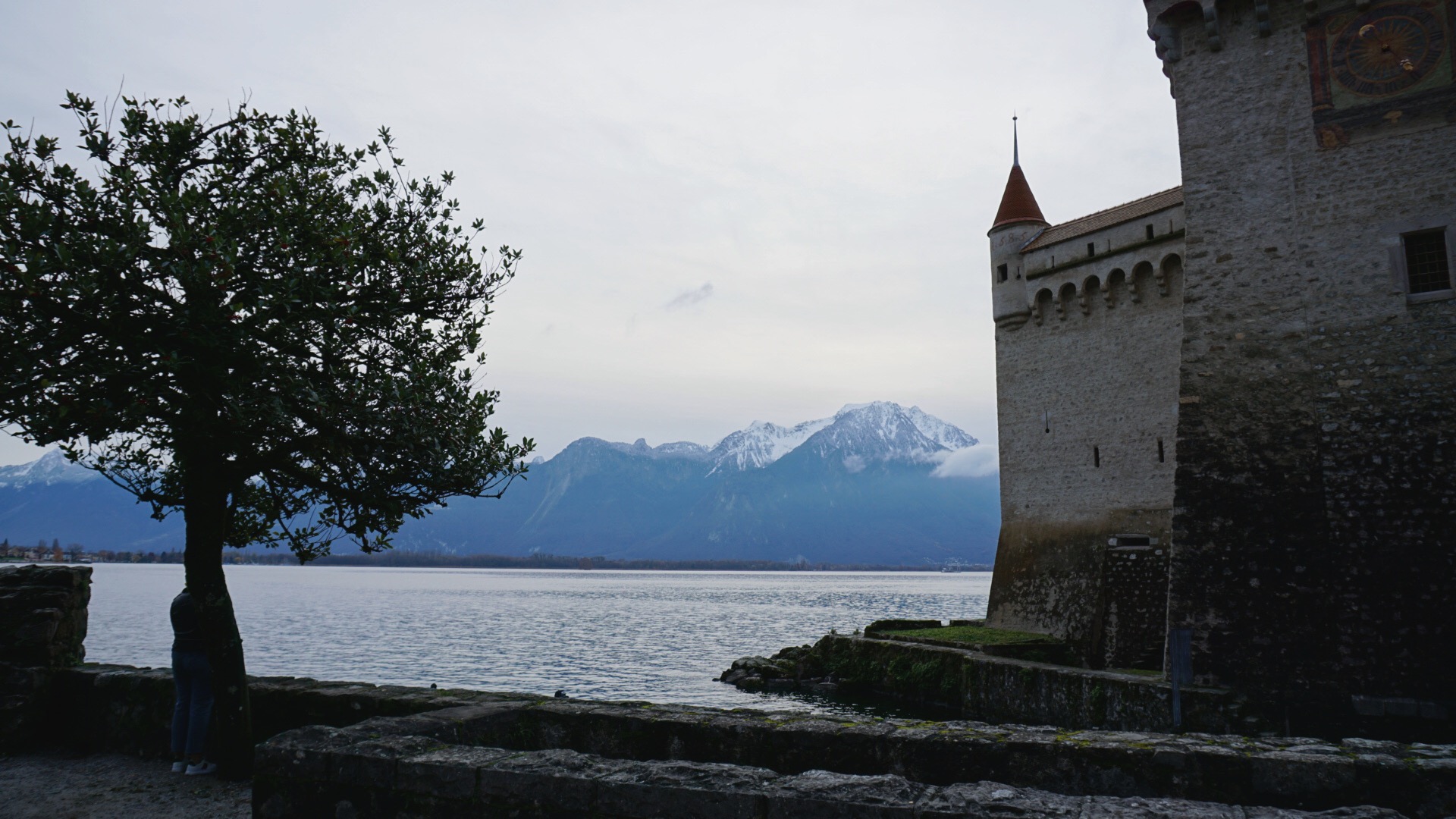 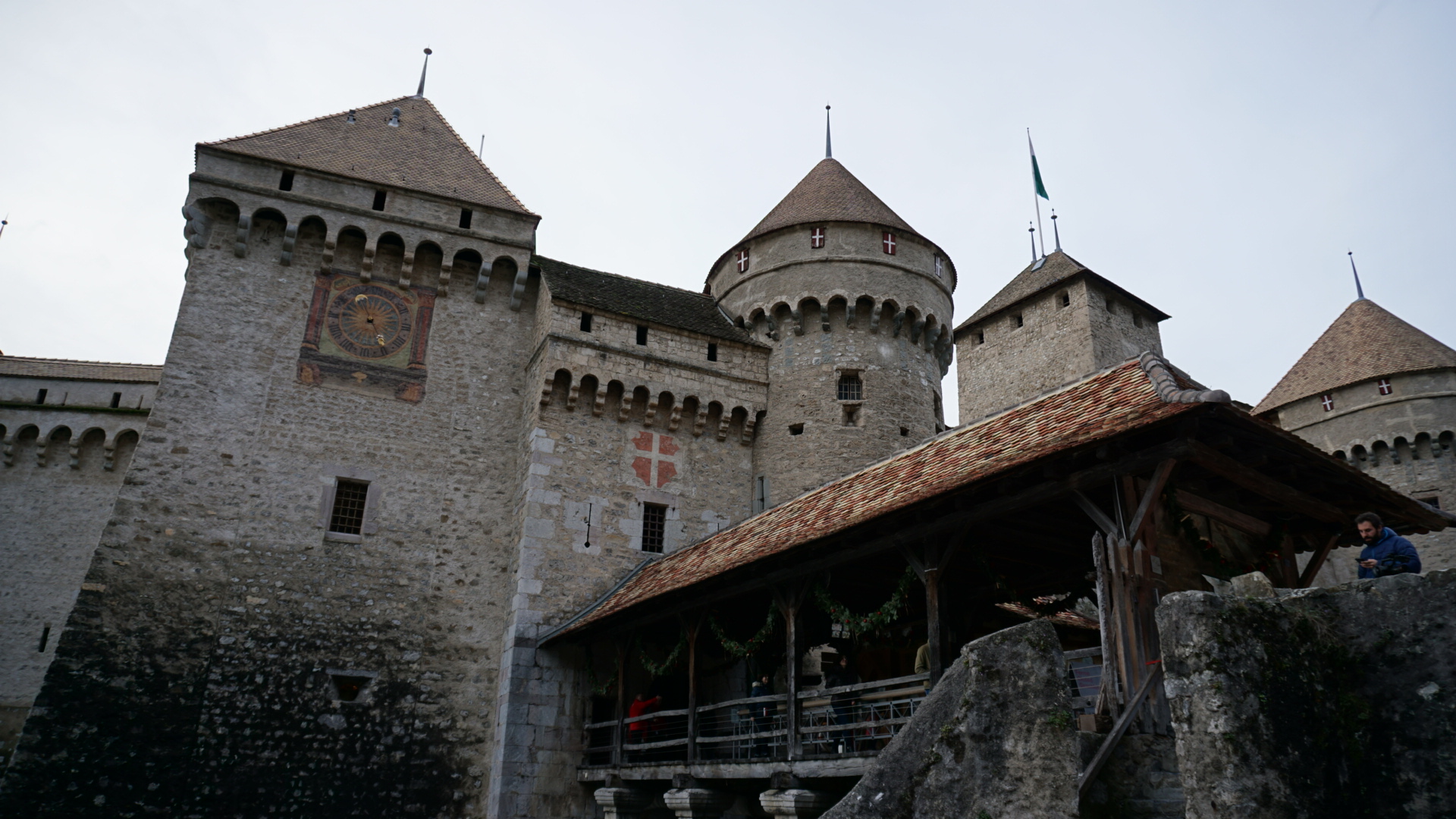 There was a lakeside promenade that led all the way back to Montreux. I decided to take that route. It only took around 40 minutes at a leisurely pace. I imagine it must be a gorgeous walk in the summertime. 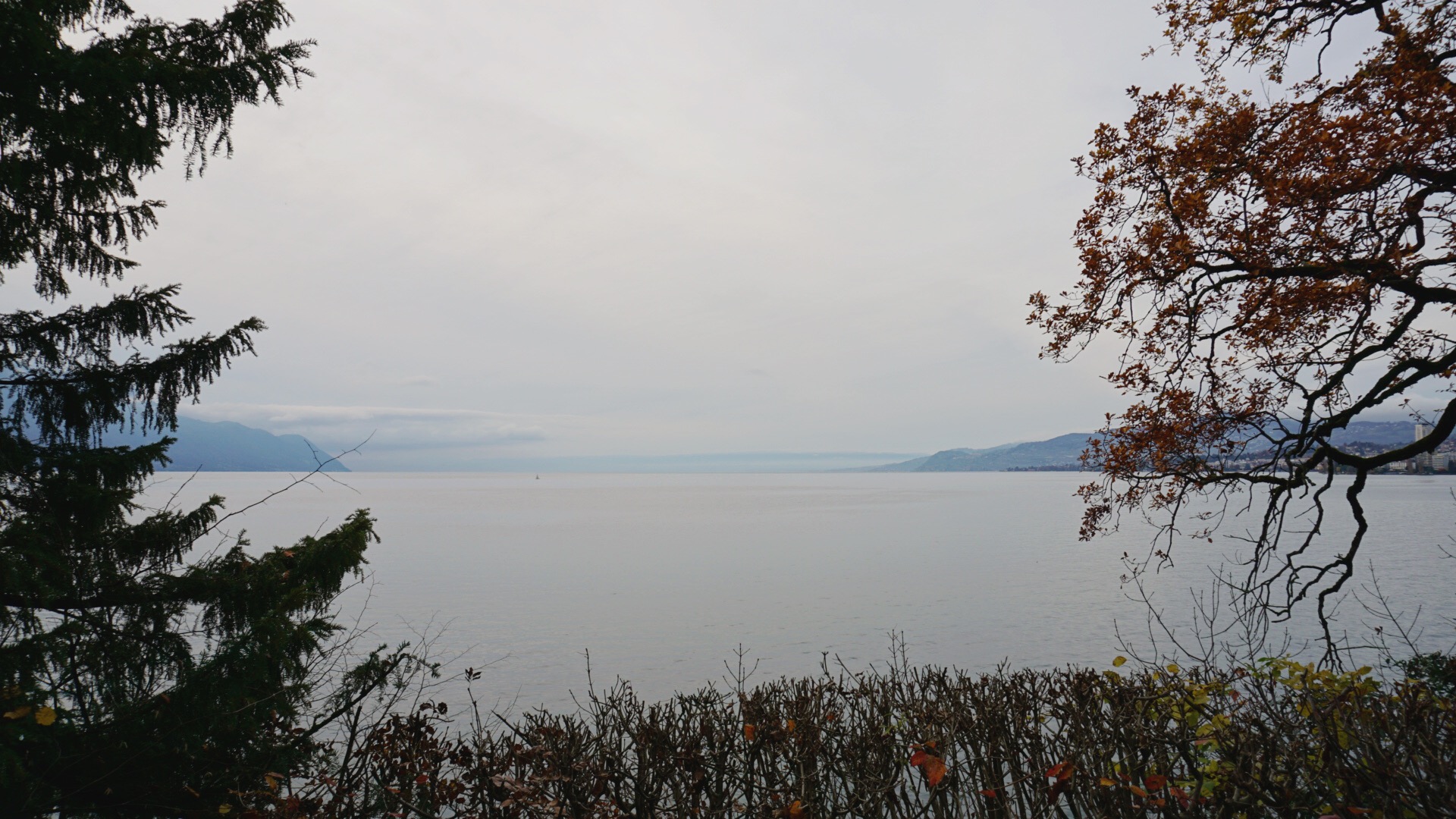 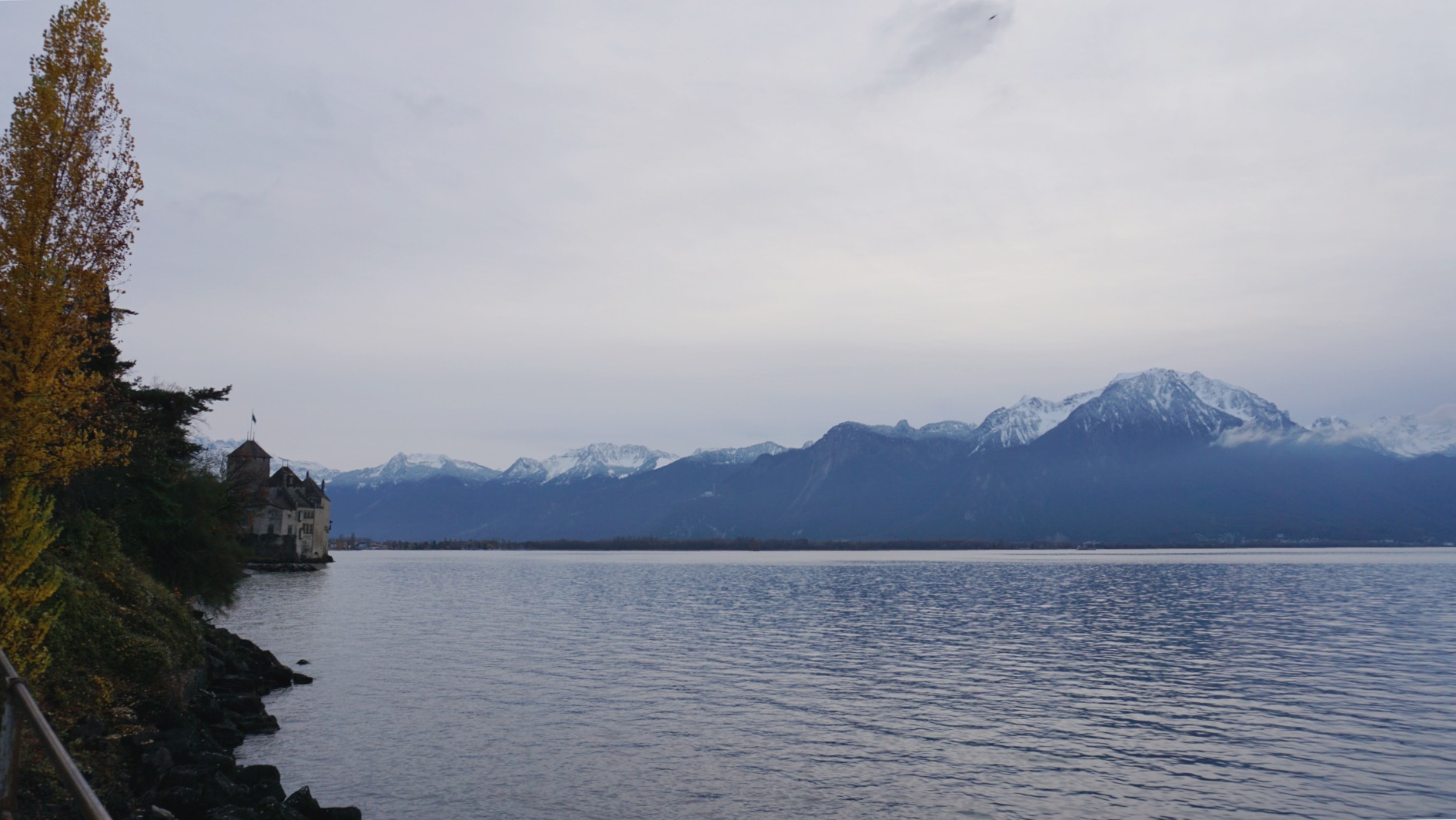 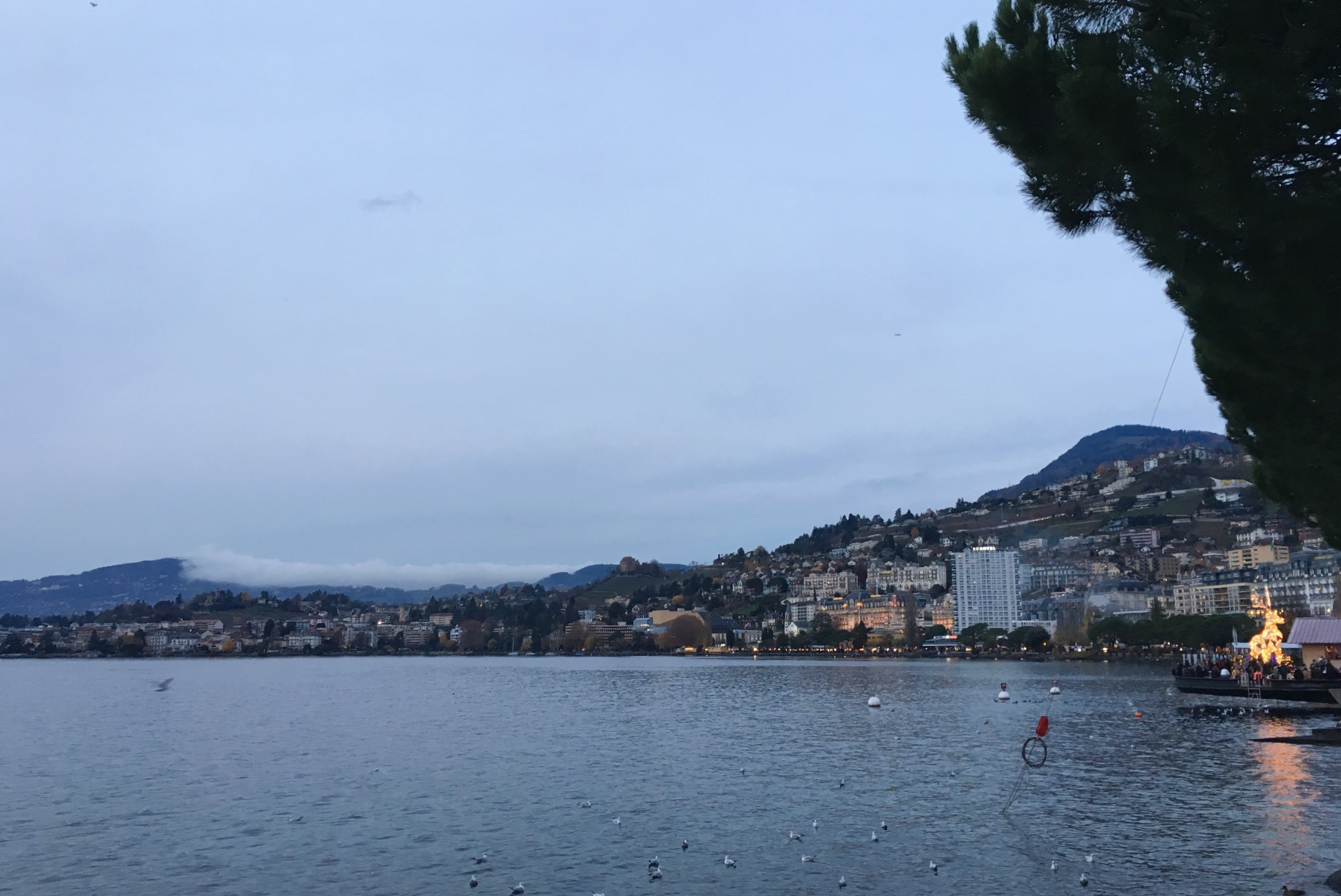 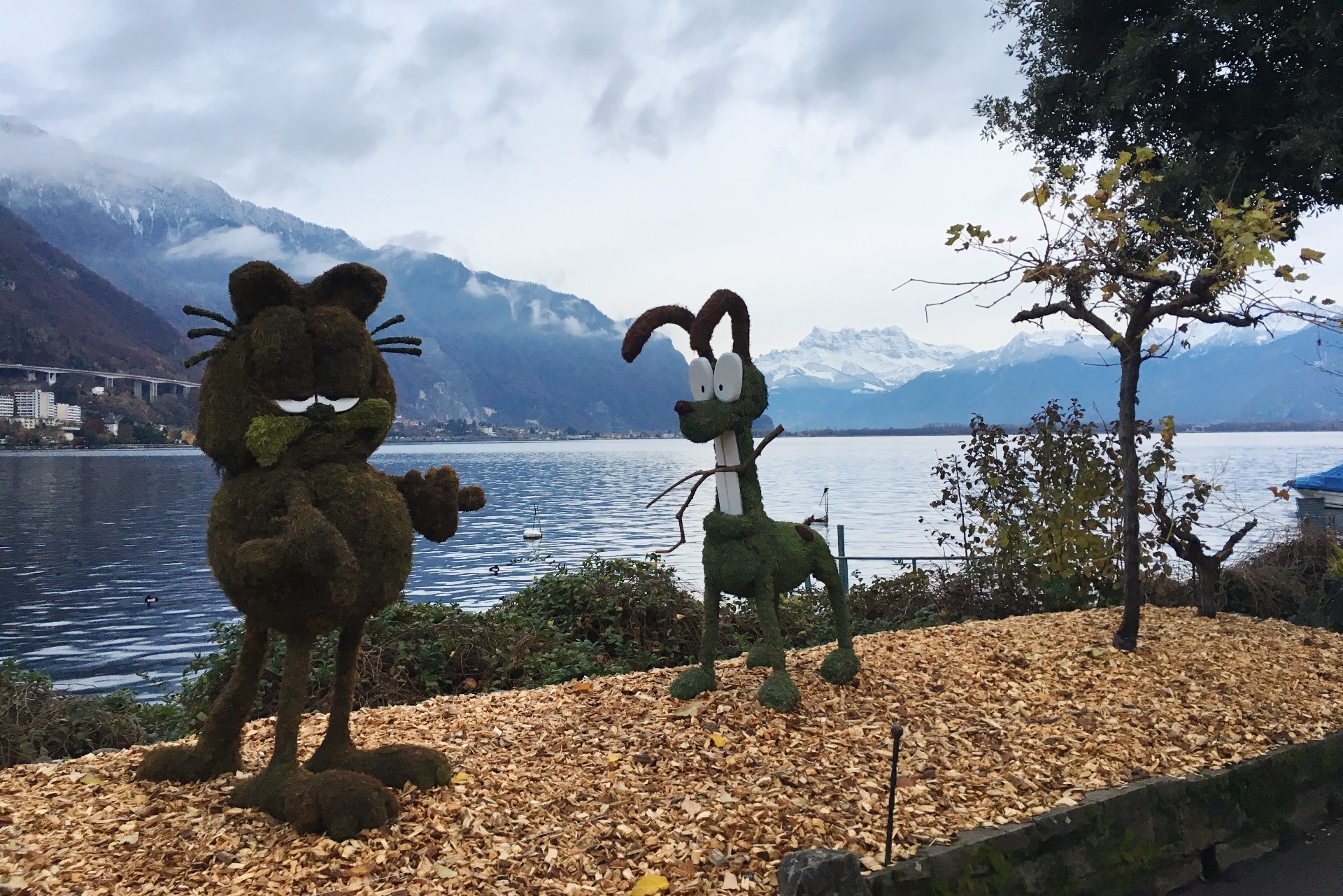 By the time I got back to Montreux, I was desperate for a hot drink. I had what was probably the best hot chocolate of my life at this little Italian cafe called Bellamia near the river. And then I went back to the Christmas Market, ready to take pictures with my new camera: 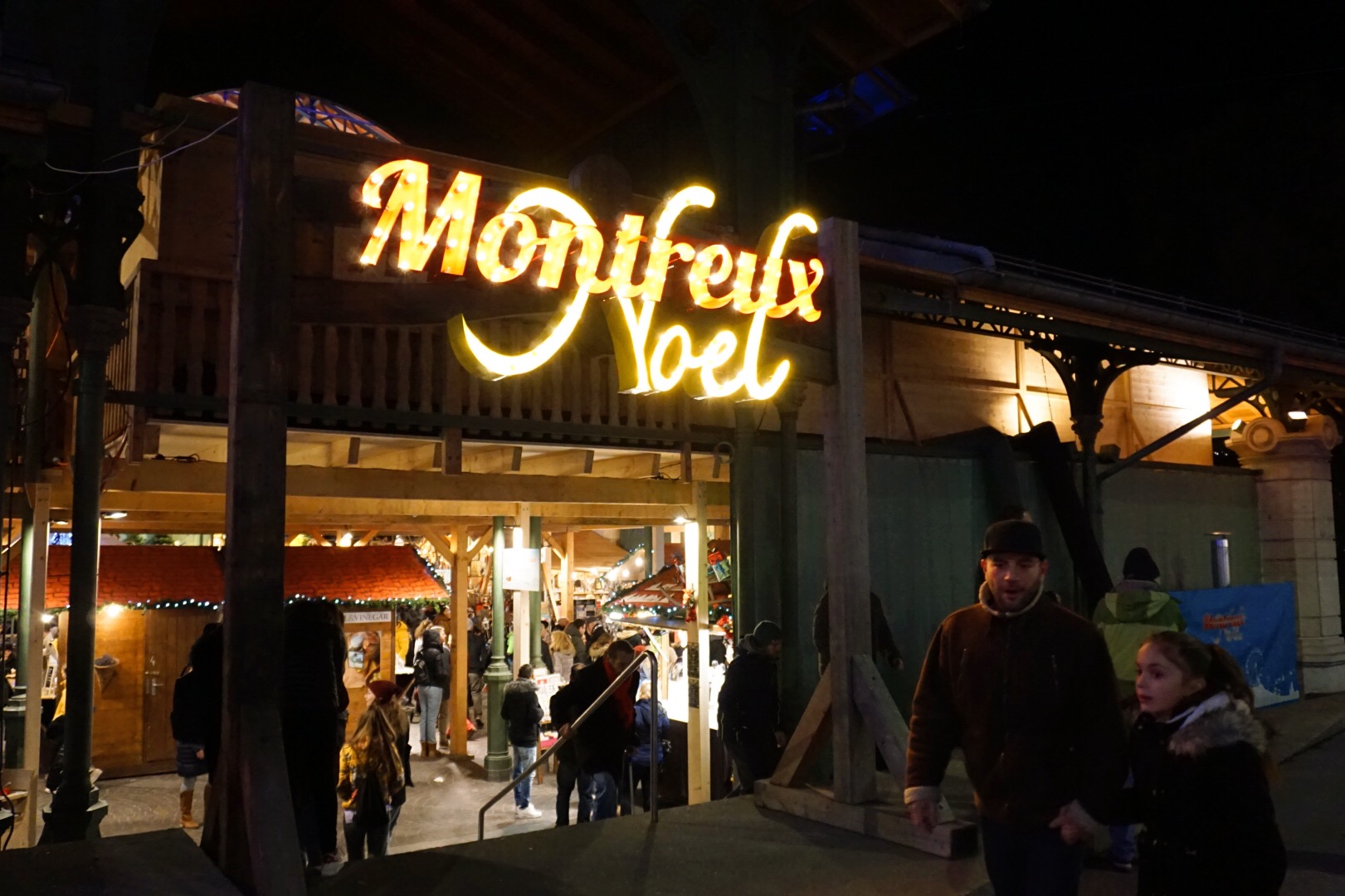 This was the indoor section. 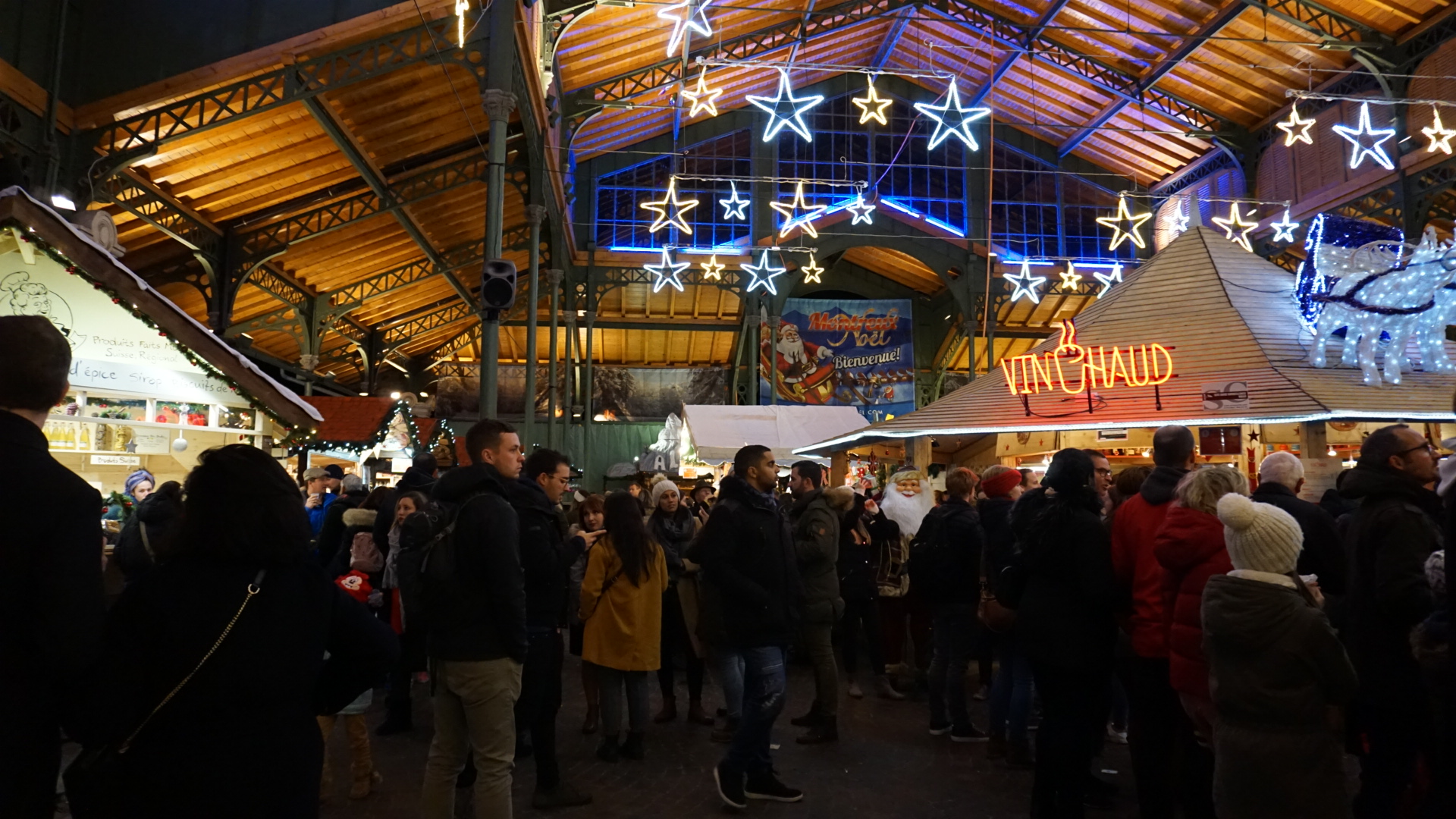 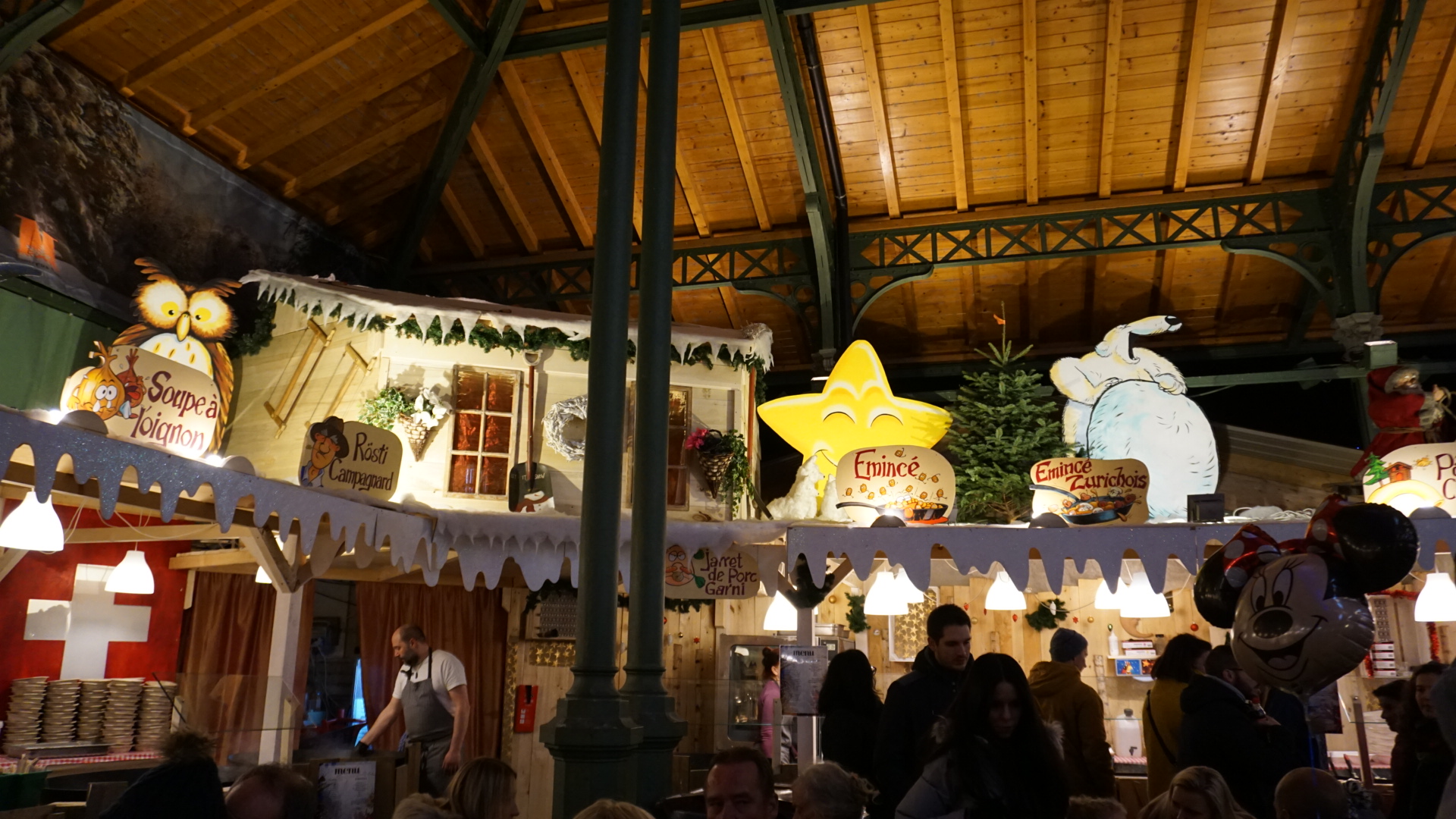 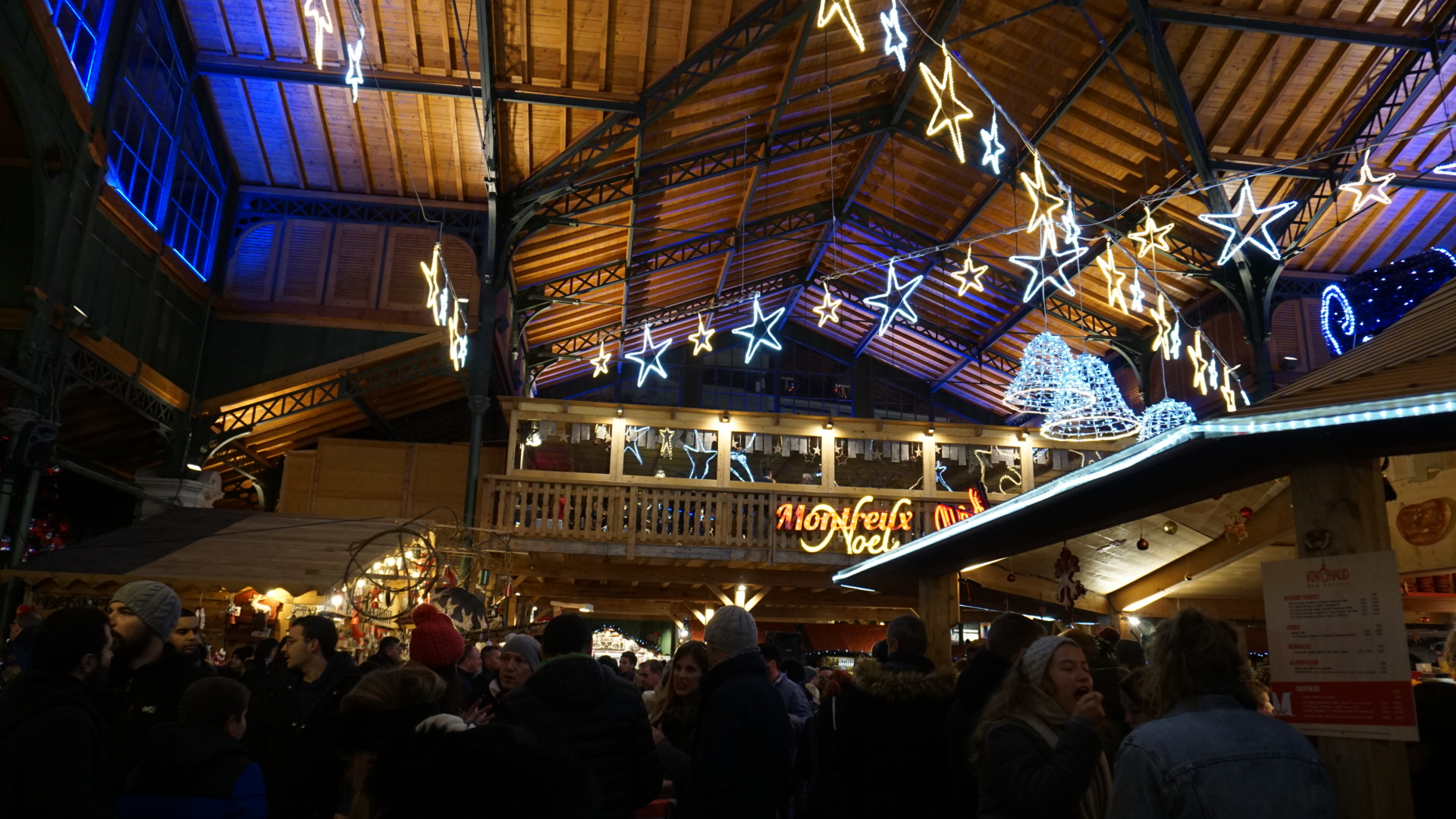 And then outdoors… walls and walls of people. 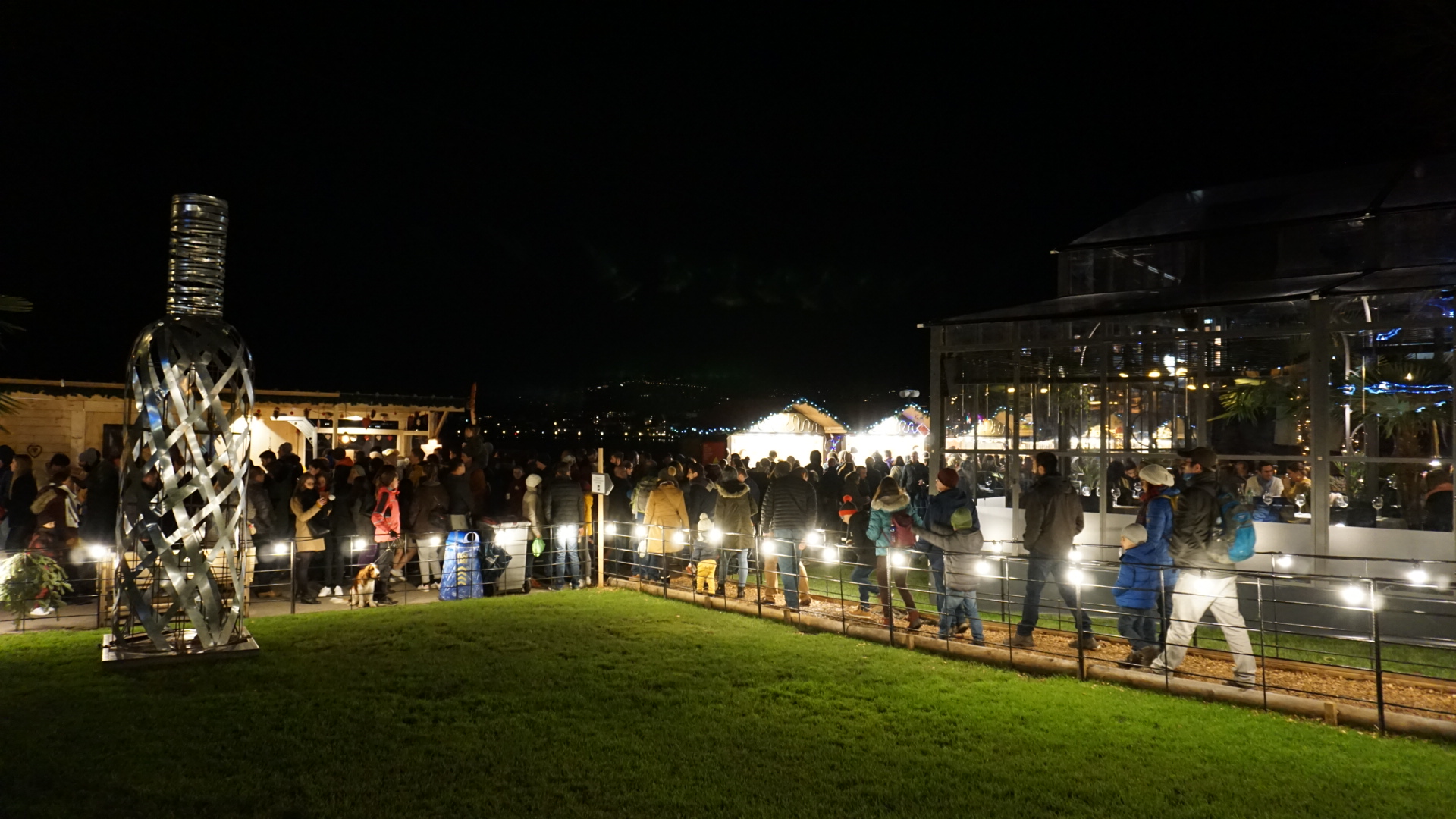 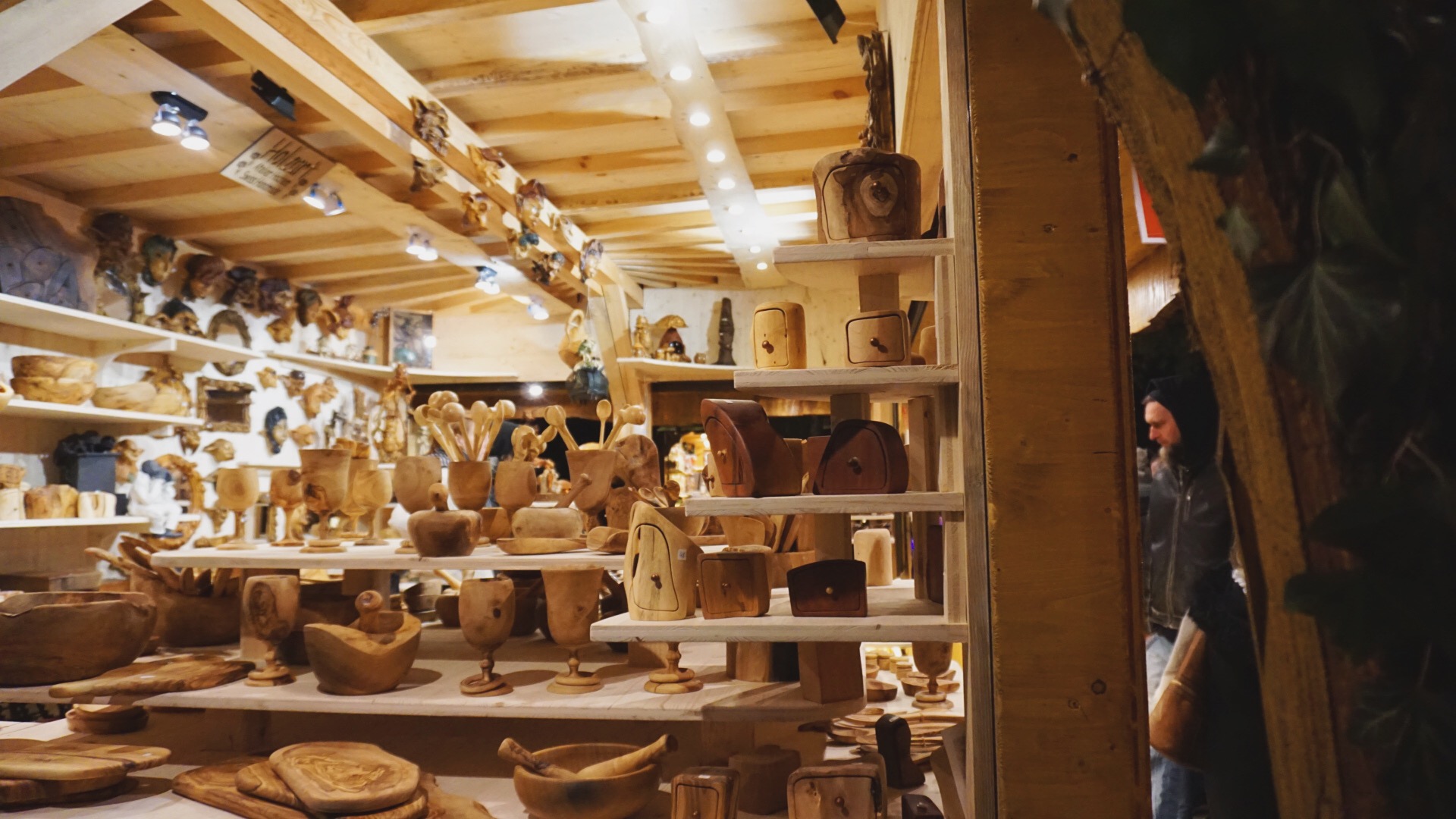 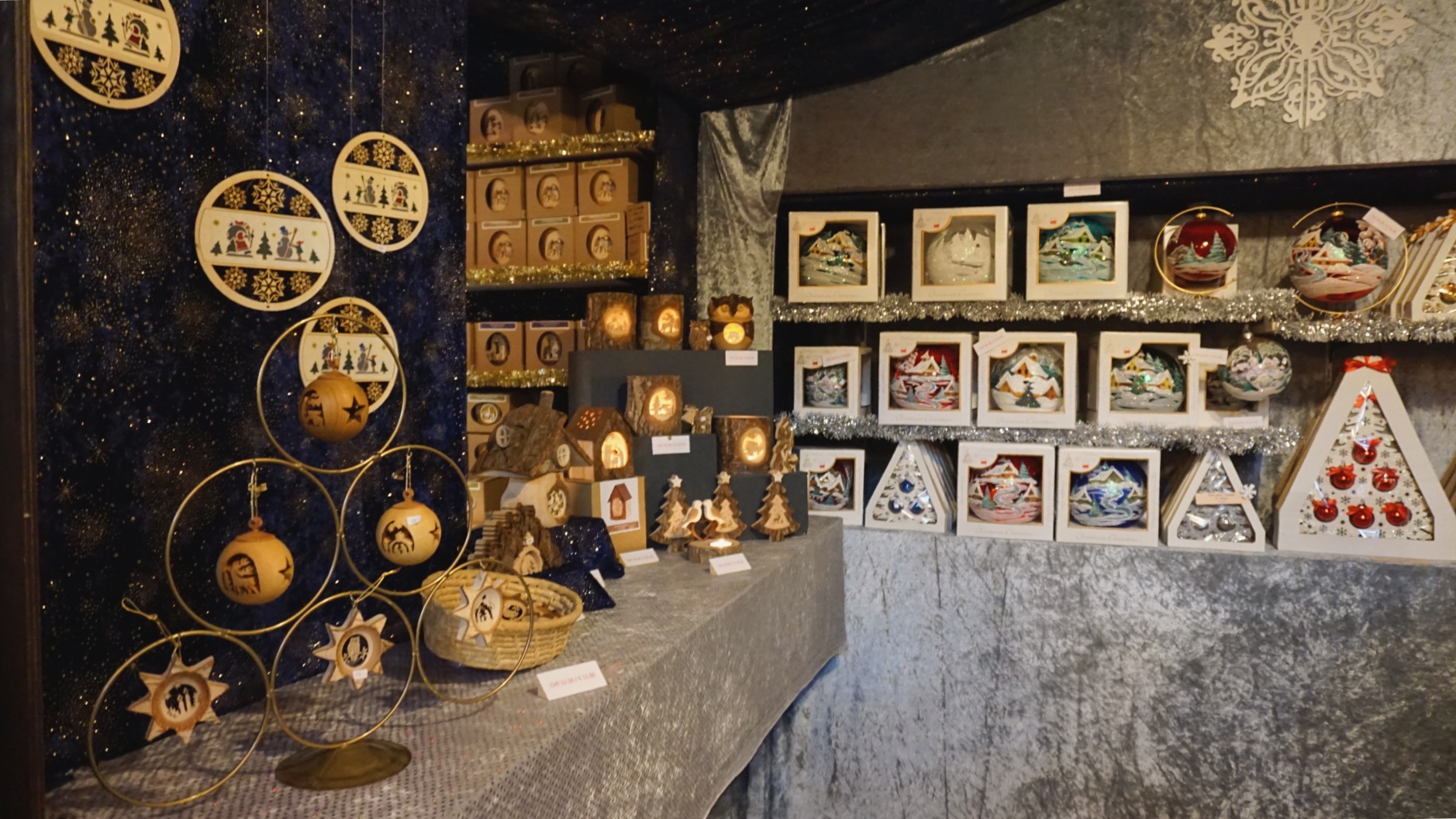 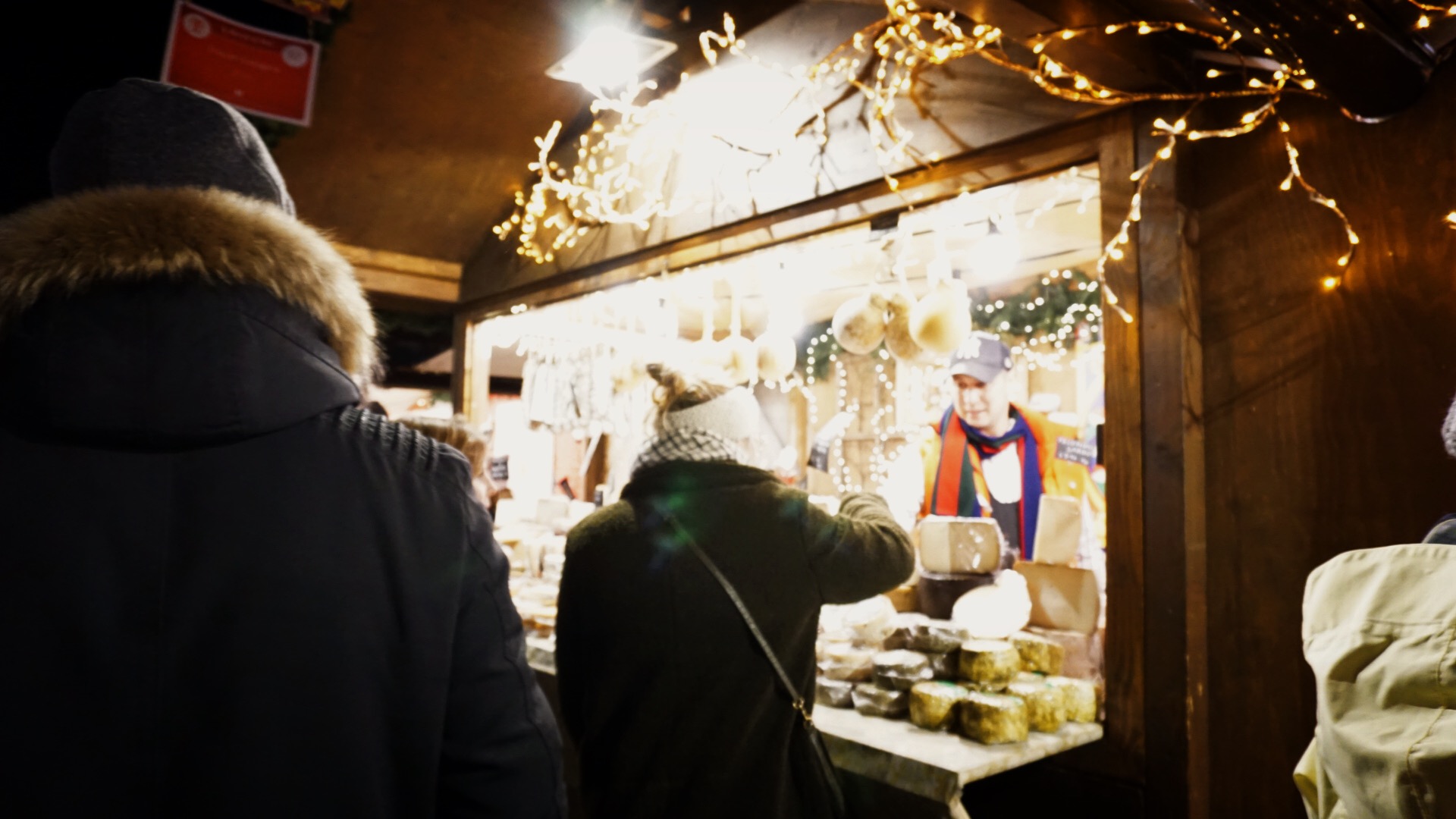 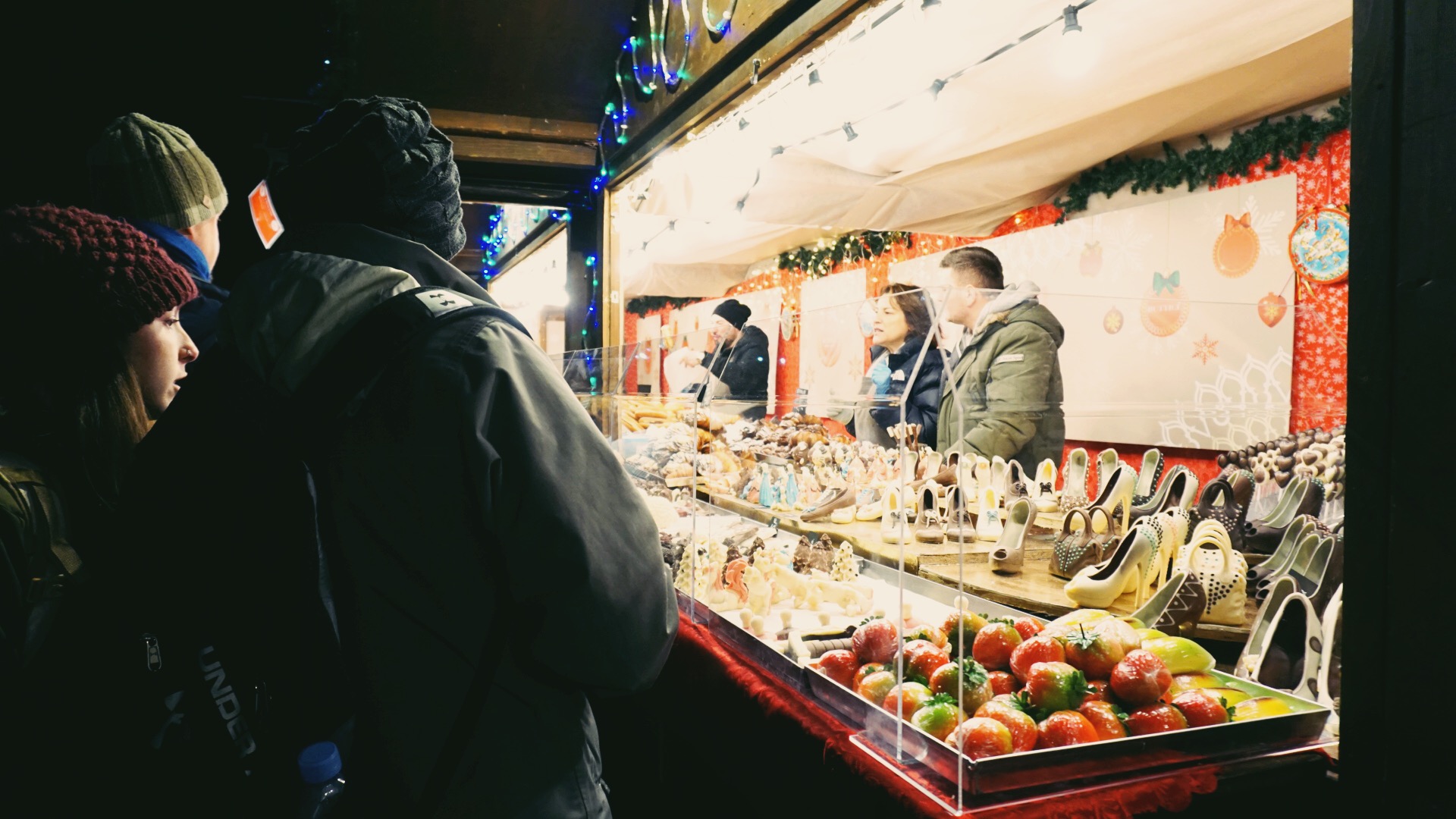 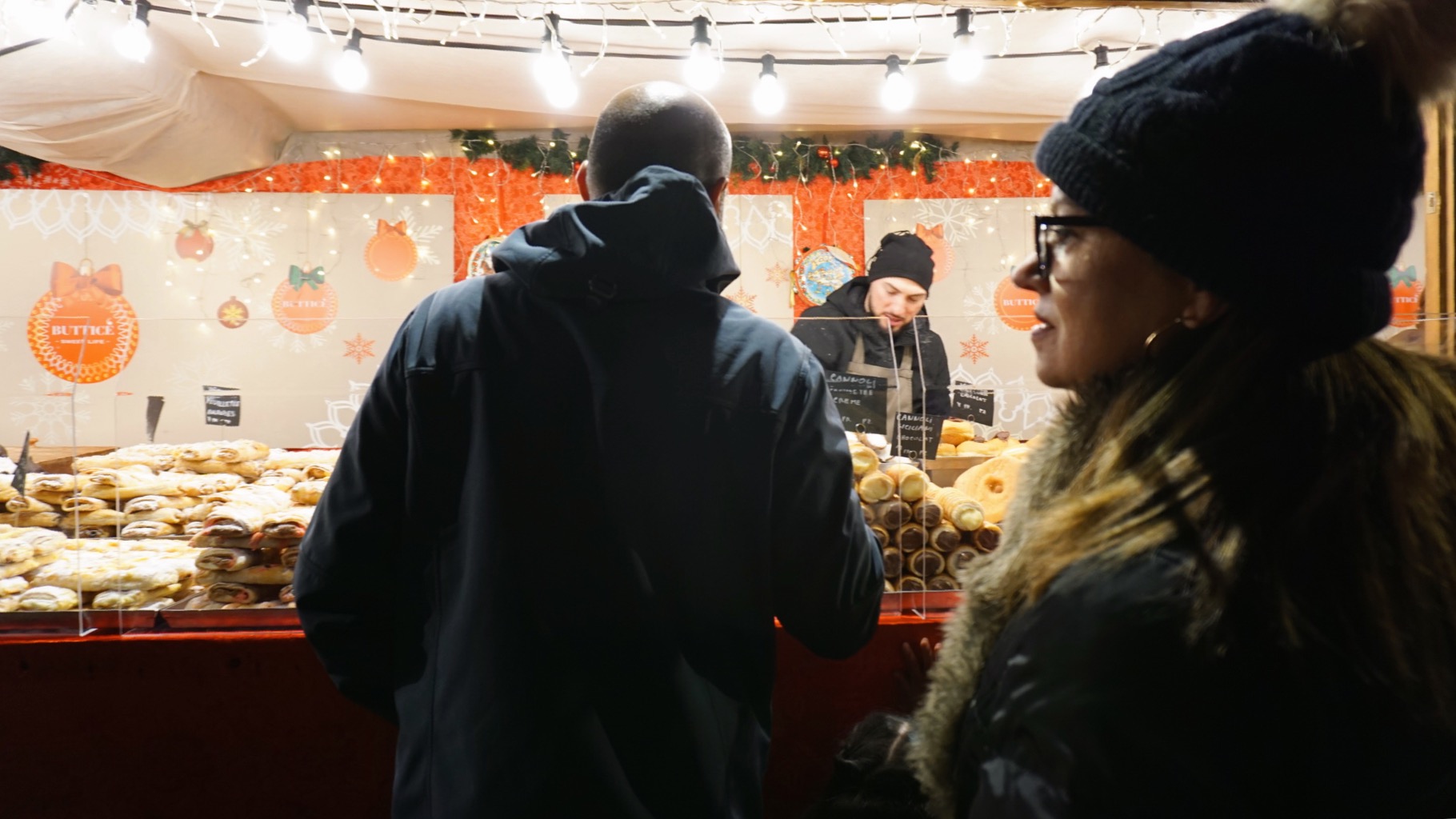 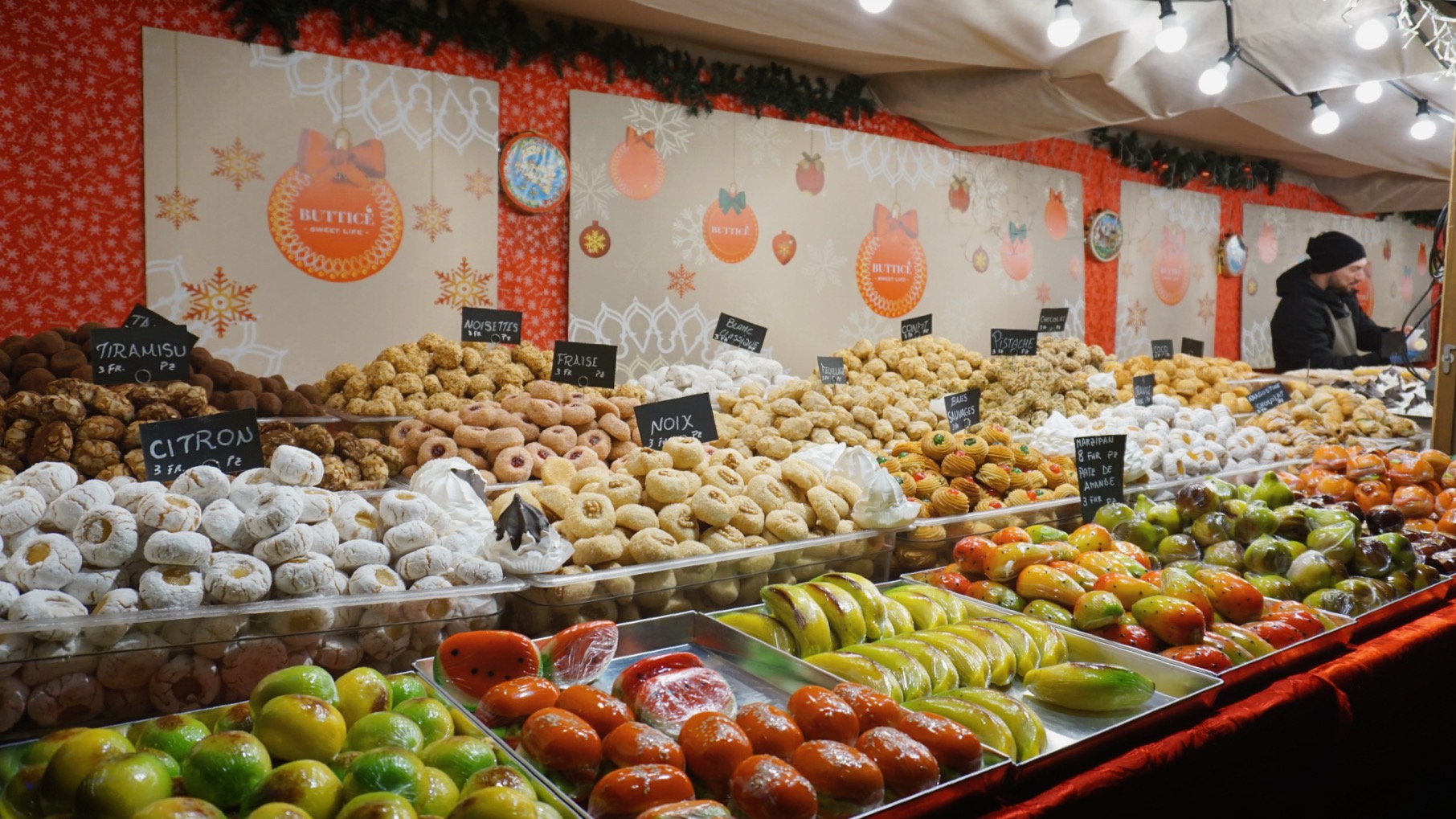 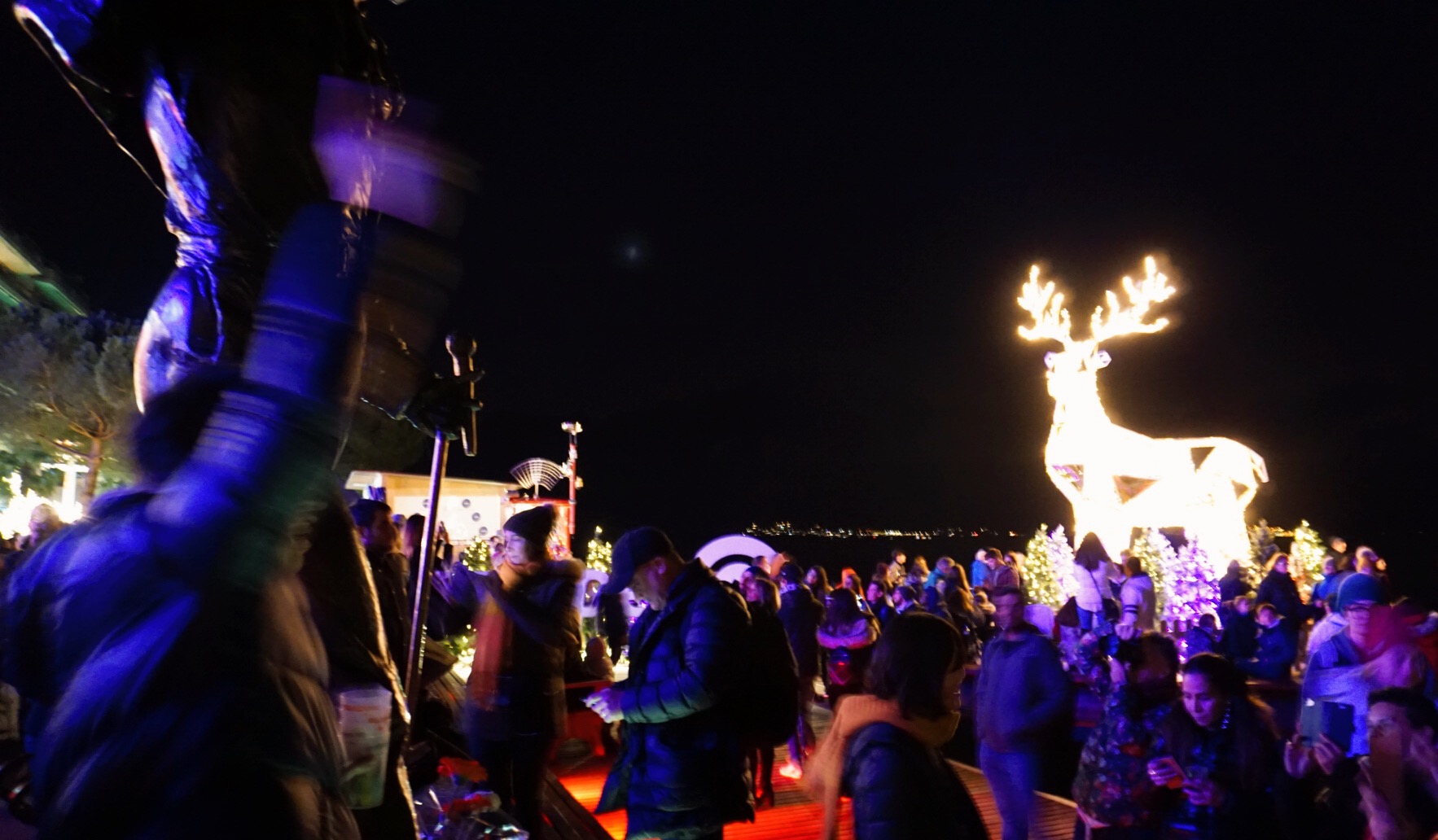 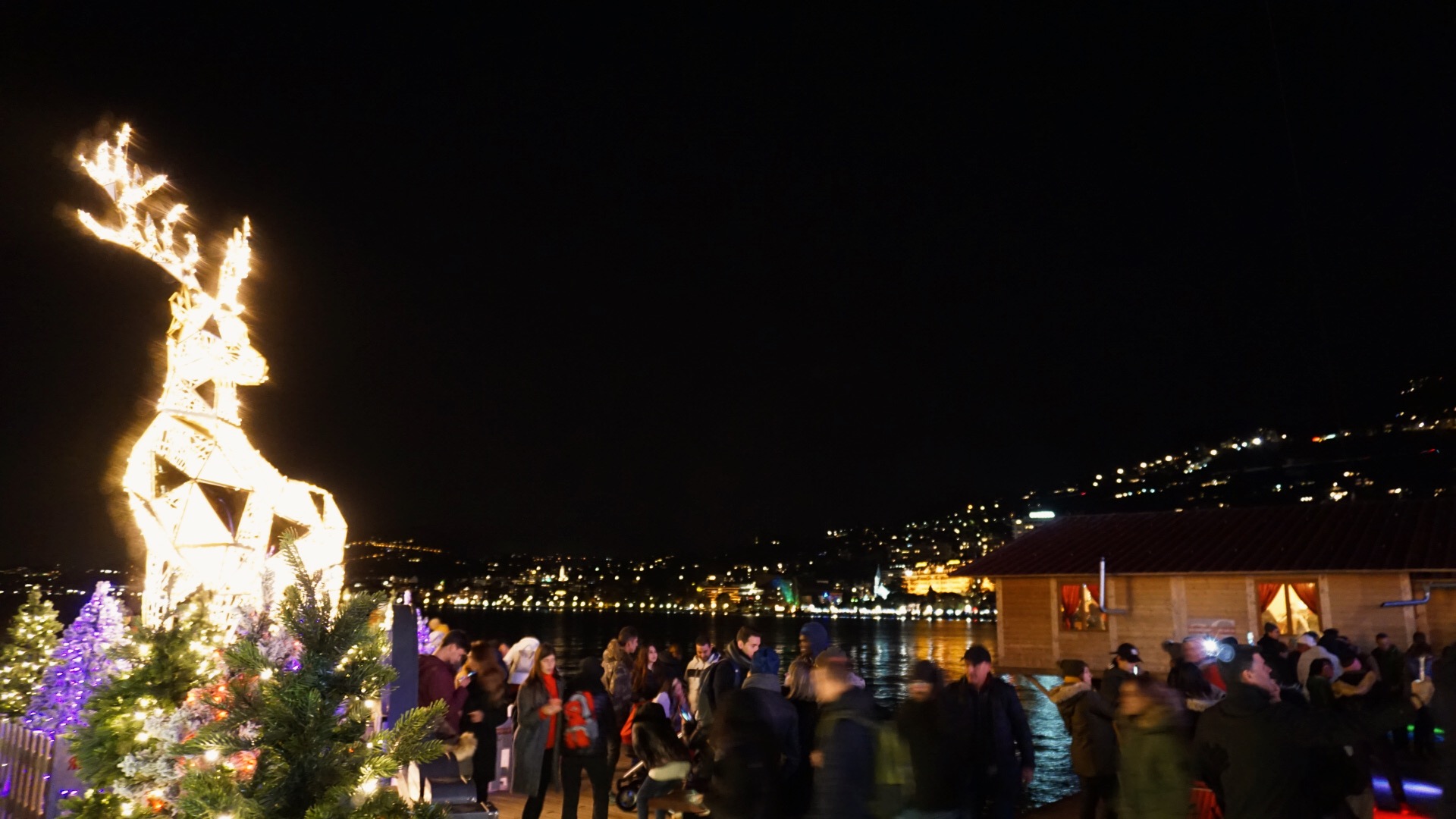 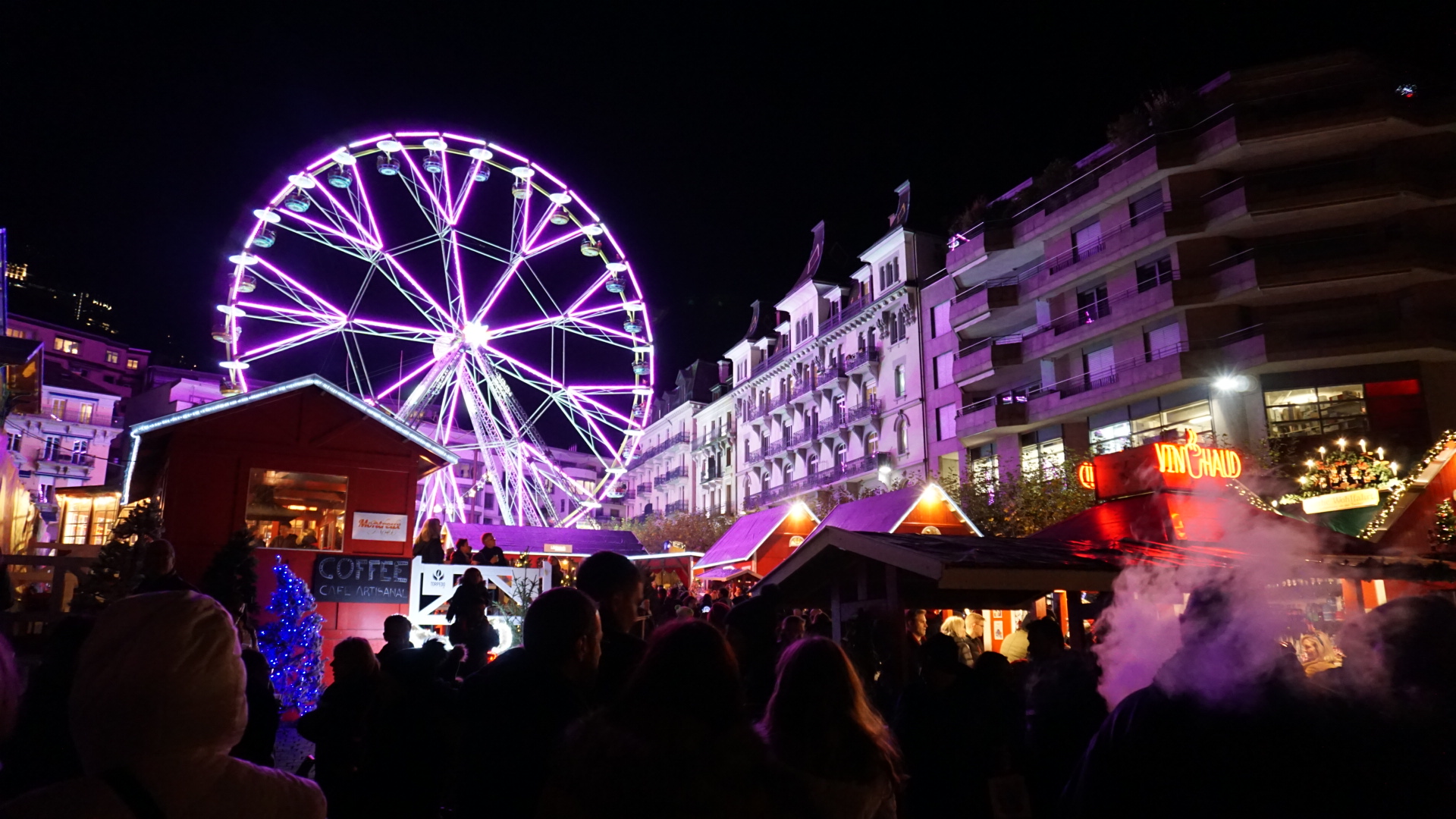 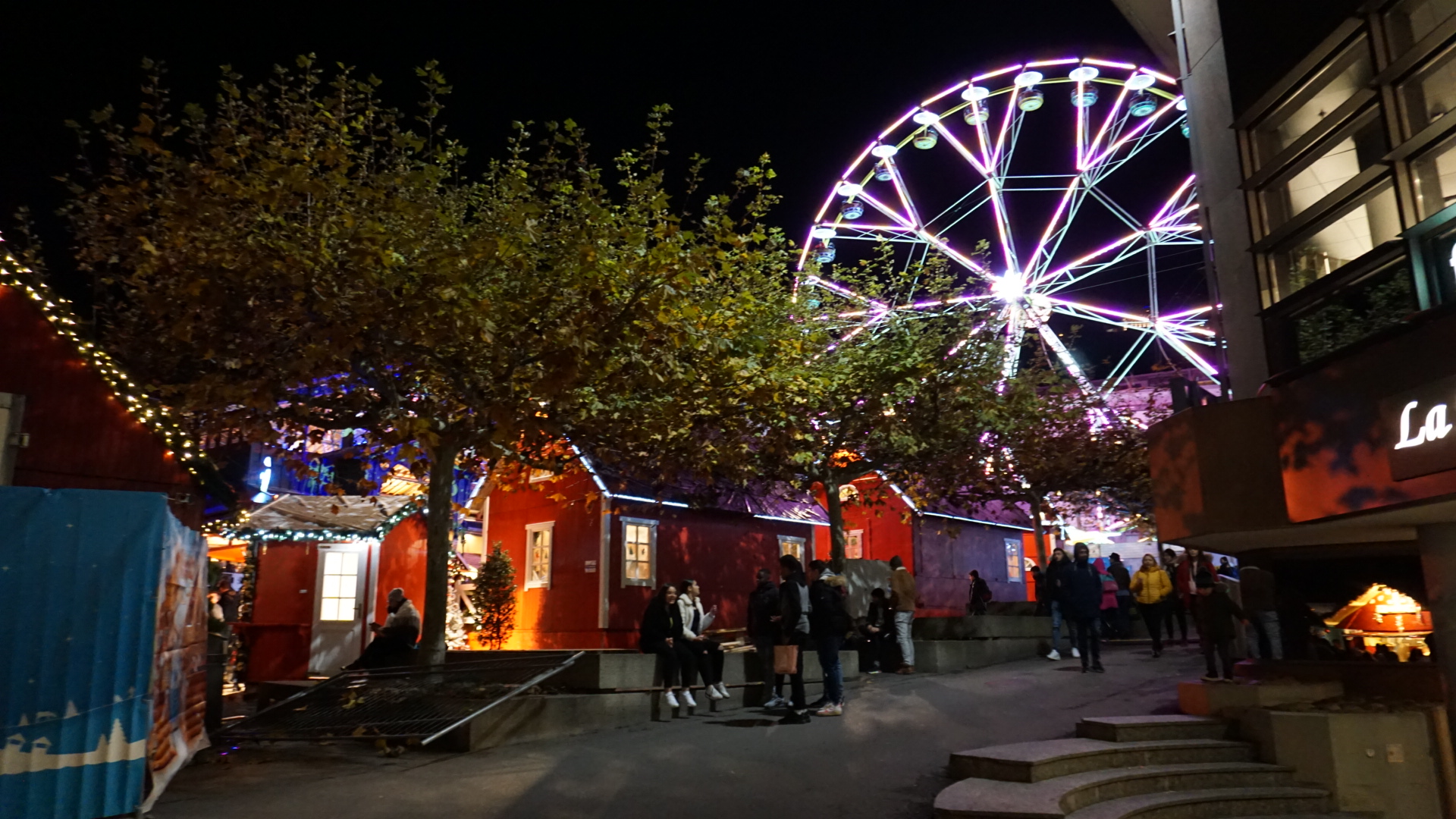 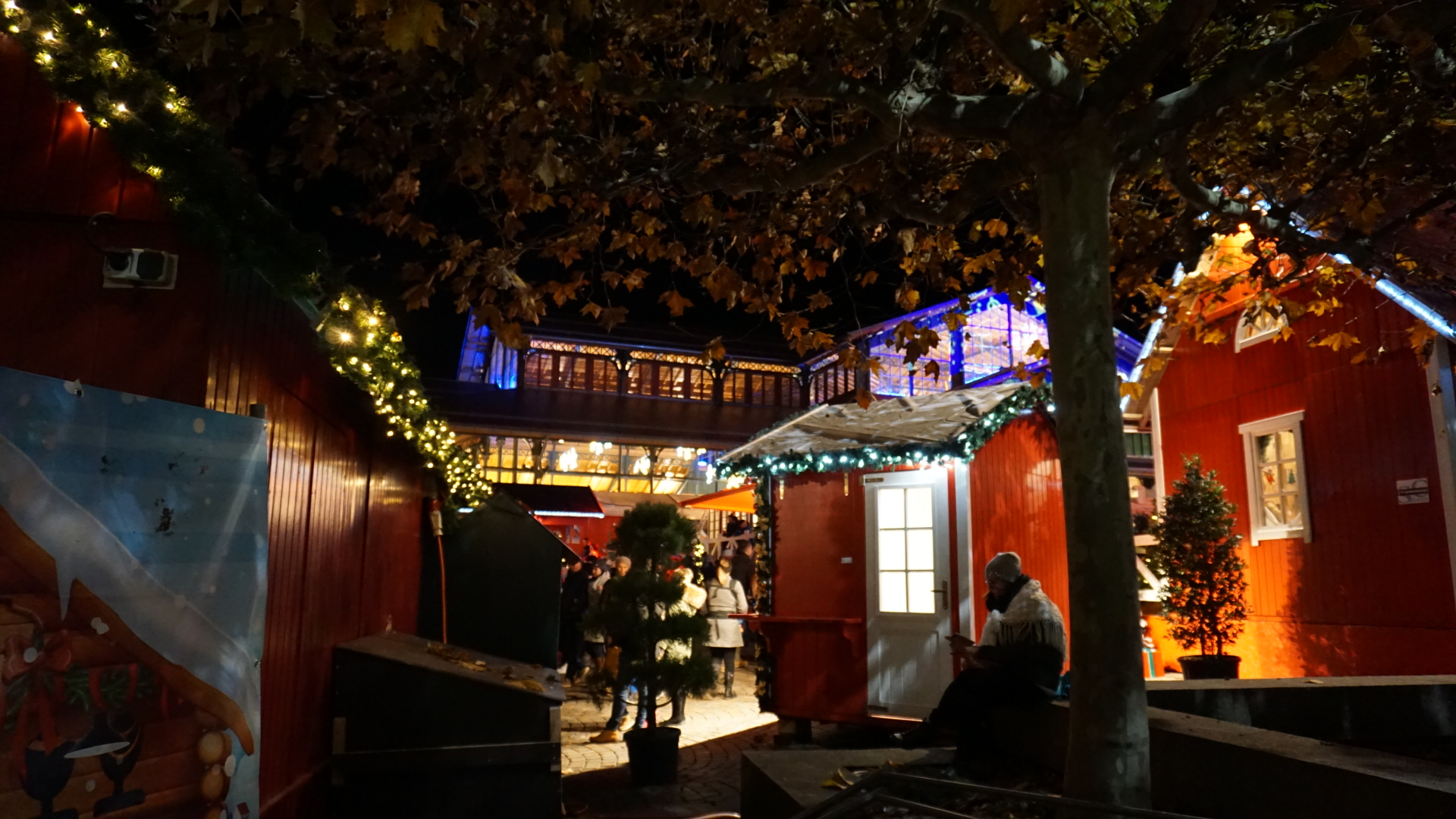 So that was my first Christmas market. VERY crowded, very family-friendly, half the people were pushing strollers. When I was on the train going to Montreux, the intercom repeatedly warned us in French, German and English to watch out for pickpockets at the Christmas market, and I was skeptical because after all, it’s Switzerland, but once I arrived it totally made sense. Luckily I kept a hand over my satchel at all times and made it out with my wallet intact.

I love Switzerland so much and am so excited to have visited another beautiful Swiss town. Next stop: Zermatt and the Matterhorn in December!