The Swiss Alps and a stroke of bad luck 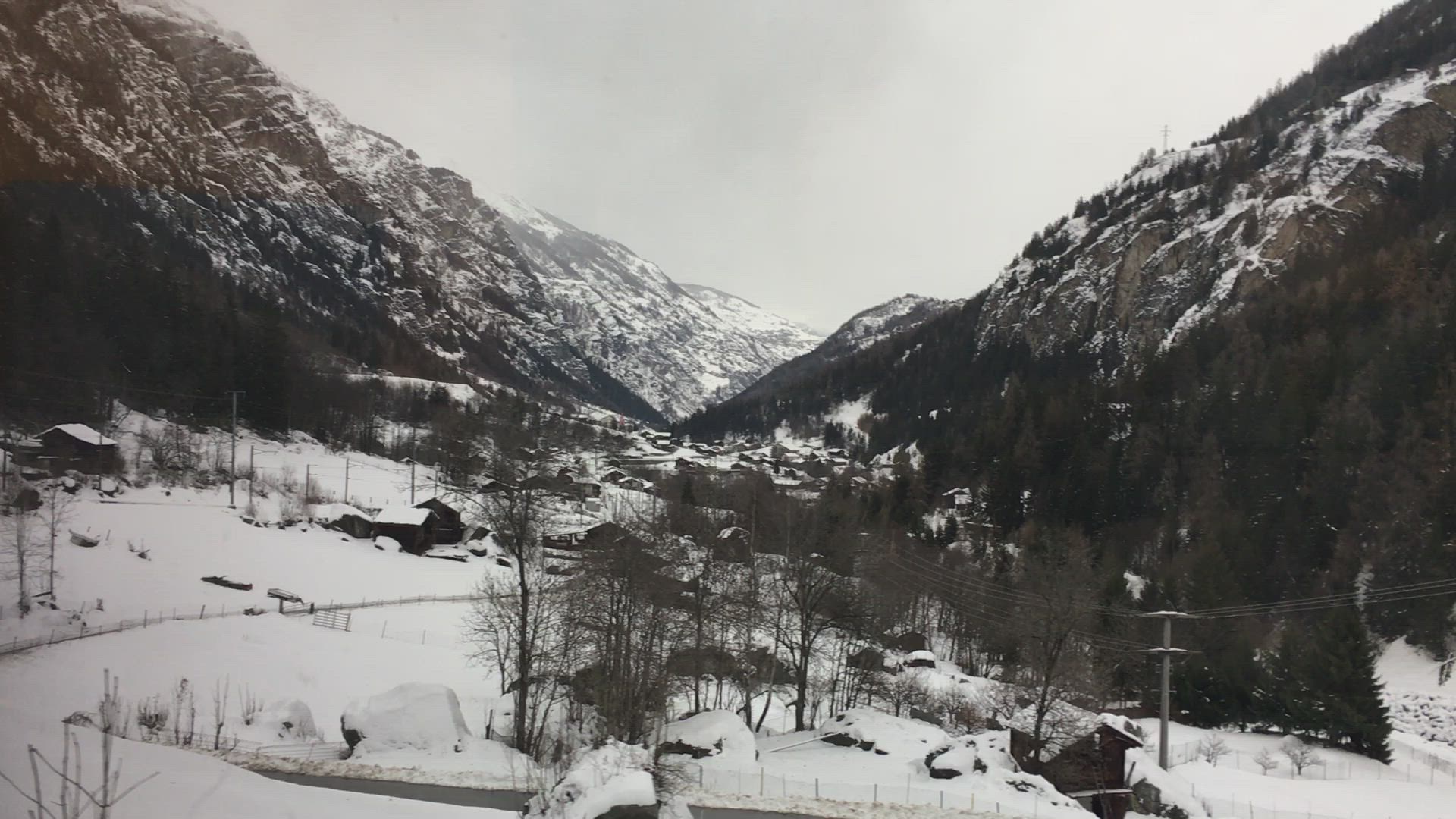 Not gonna lie, I am pretty bummed out today. For two months, I’d been looking forward to visiting Zermatt, a small town/ski destination in the western Swiss Alps, where I would stay in a famous mountaintop hotel — the highest hotel in all of Switzerland, in fact — with an unobstructed view of the Matterhorn. I live for touristy gimmicks like these!

I got up at 7 this morning, all excited and packed and ready to go. The train from Geneva to Zermatt is 3 minutes shy of 4 hours long, with a short transfer in Visp. One aspect of train travel in Switzerland that I don’t particularly enjoy is how loud the Swiss are (especially the Swiss Germans!) both in terms of eating and talking, but I put on my earphones and listened to a podcast that’s new to me, The Cut on Tuesdays. The train journey flew by quickly.

As we climbed in altitude and got nearer and nearer to Zermatt, I was genuinely shocked by how beautiful and otherworldly it was in the Alps. The snow-capped mountains and trees looked like black-and-white ink paintings. Lively streams ran down the mountains for miles. At times, the train tracks were so narrow that we had to wait for an incoming train to pass by first. 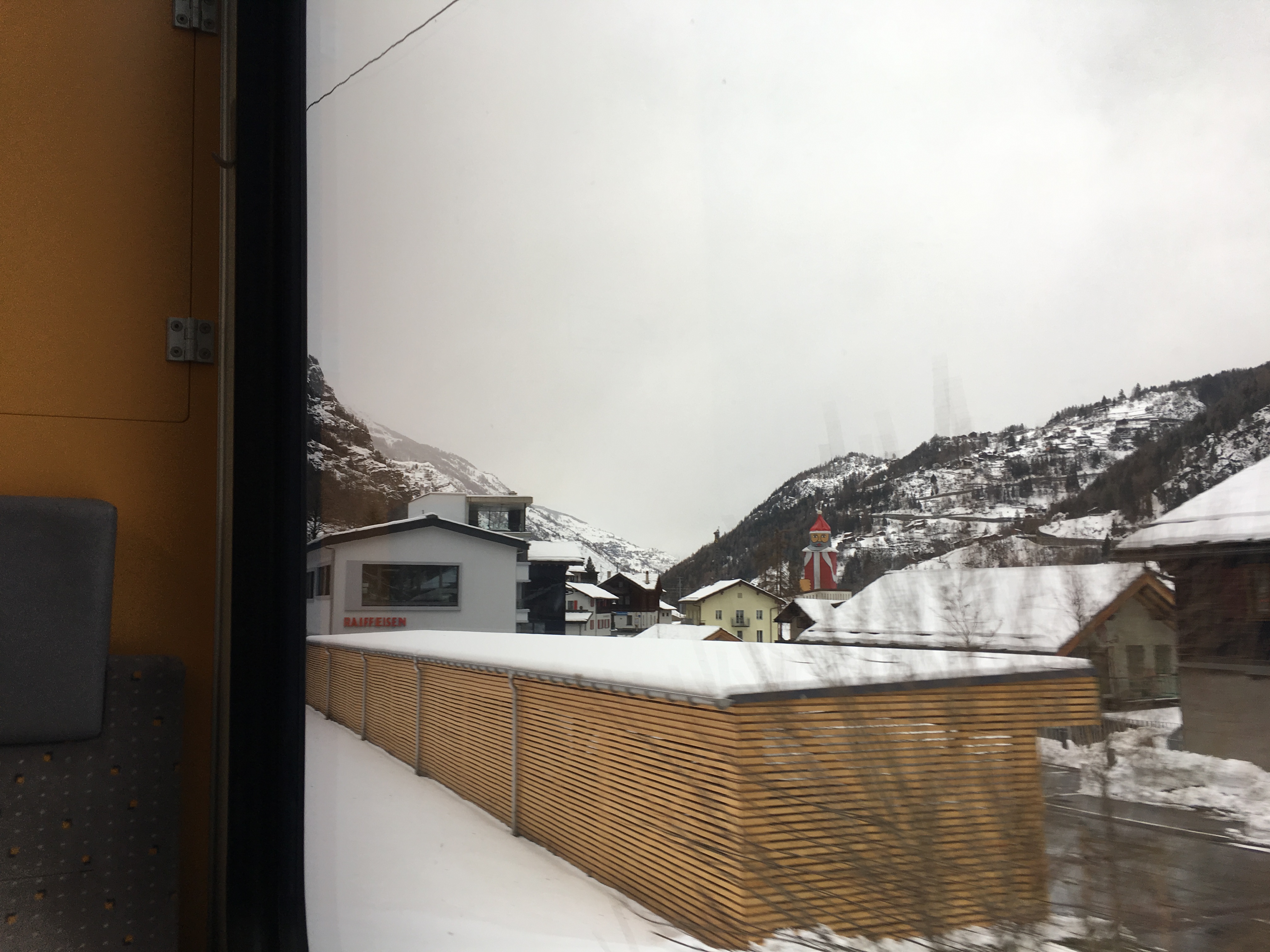 There was this gigantic statue of St. Nicholas / Father Christmas / Santa in the mountainside village of St. Niklaus. Look at him creepin’.

I recorded some videos with my phone and compiled them into the following video.

Anyway, things took an abrupt turn when we reached Zermatt. I had purchased tickets online for the Gornergrat Bahn, a half-hour railway that was literally the only mode of transportation available for getting to the hotel. (Zermatt is ‘car-free’.) “The railway is not running today,” the stone-faced woman at the ticket counter told me. “Because of the weather.”

It was a big shock. I pulled out my phone and checked the websites and social media accounts of the railway and the hotel. There were no warnings or posts about the cancellation. I had never received a single email or text message or phone call from either party. I called the hotel, and they offered to rebook me a hotel somewhere else in Zermatt, one that wouldn’t require a railway to access. I told them don’t bother. Being someone who doesn’t ski or snowboard or eat fondue, there was nothing for me to do in Zermatt itself. I just wanted to go back home to Geneva.

I was still pretty angry on the train back. Even though plenty of things have gone awry for me in my travels (spraining my ankle in Japan; being scammed at an airport in China; becoming physically sick from air pollution in South Korea), this was still hard to stomach. The utter lack of communication was truly disappointing and not something I would have expected in Switzerland, a country with a lot of rules and details and nuances. But the Swiss do surprise me in new ways all the time, so.