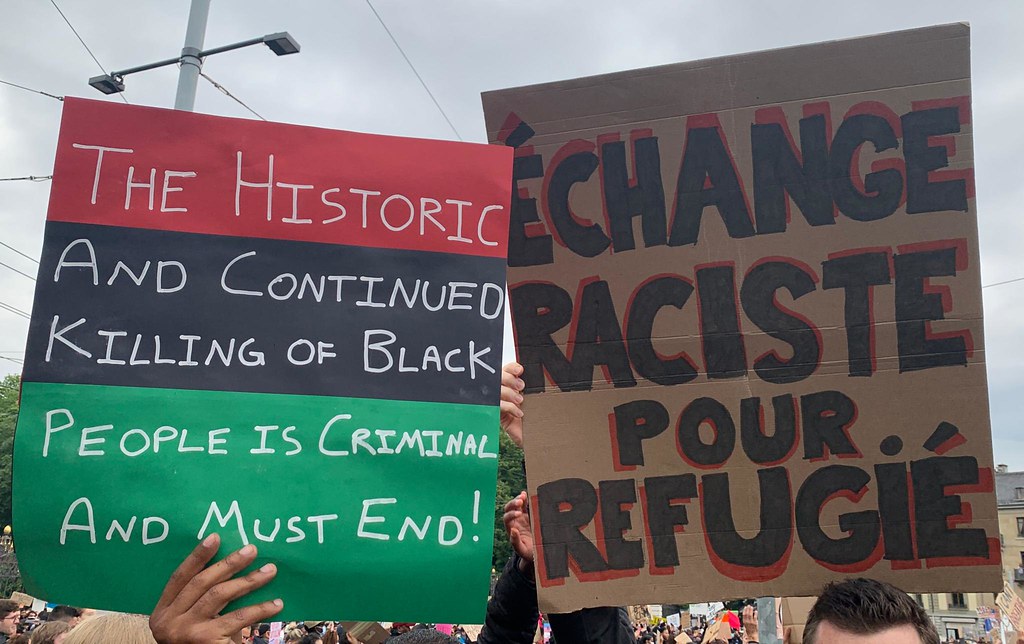 I wanted to share a few photos from tonight’s Black Lives Matter march in Geneva. The march was organized by BLM Suisse Romande and there was a great turnout — at times there were so many people that we couldn’t move forward!

While the march was inspired by similar protests in response to the killing of George Floyd, it also aimed to bring attention to racism and police brutality against Black individuals in Switzerland, and I also saw many signs with Justice pour Adama, referring to Adama Traoré who was killed by the French police in 2016.

It was heartening to see the diverse population of Geneva turn out in large numbers to show solidarity with the Black community. 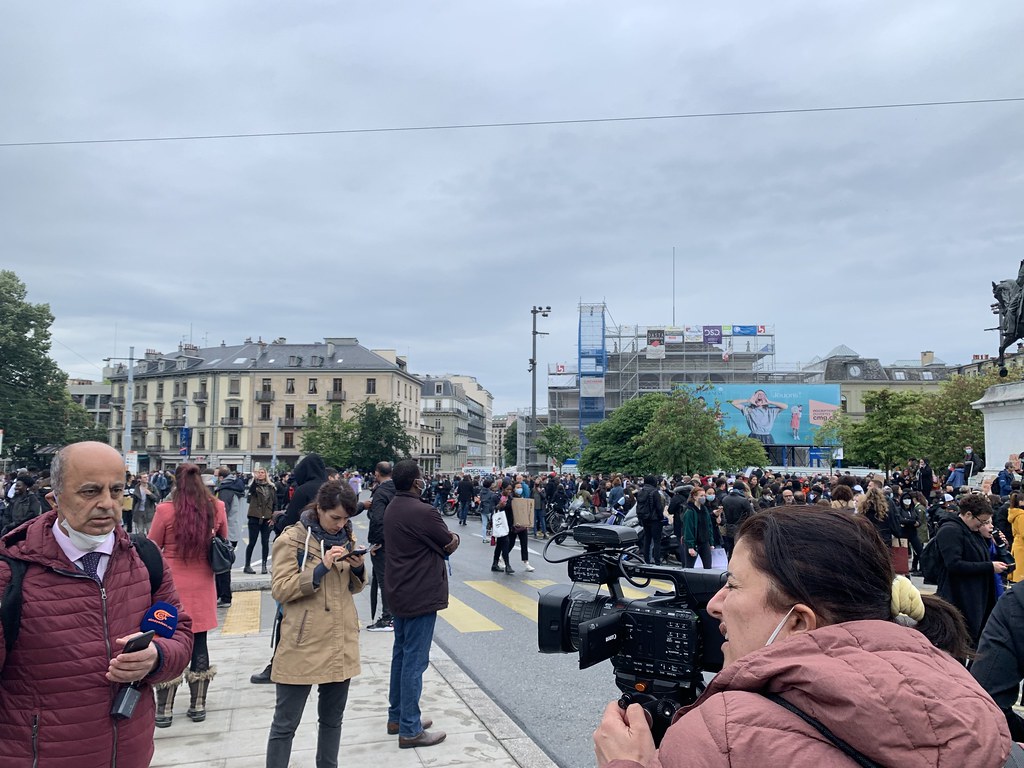 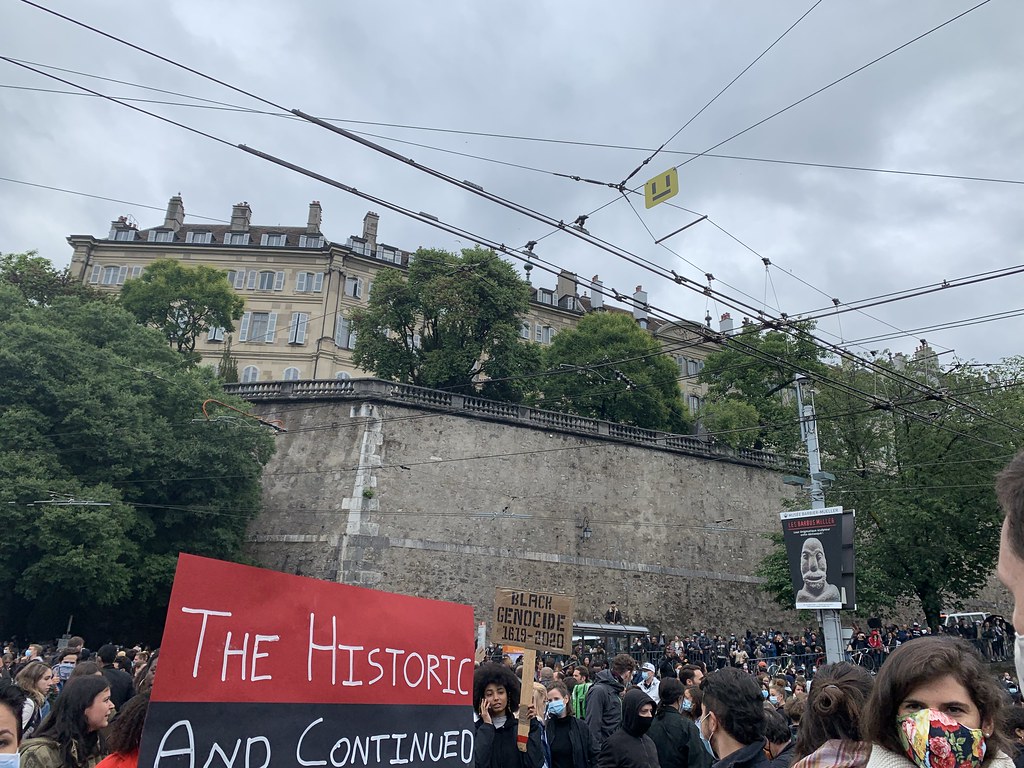 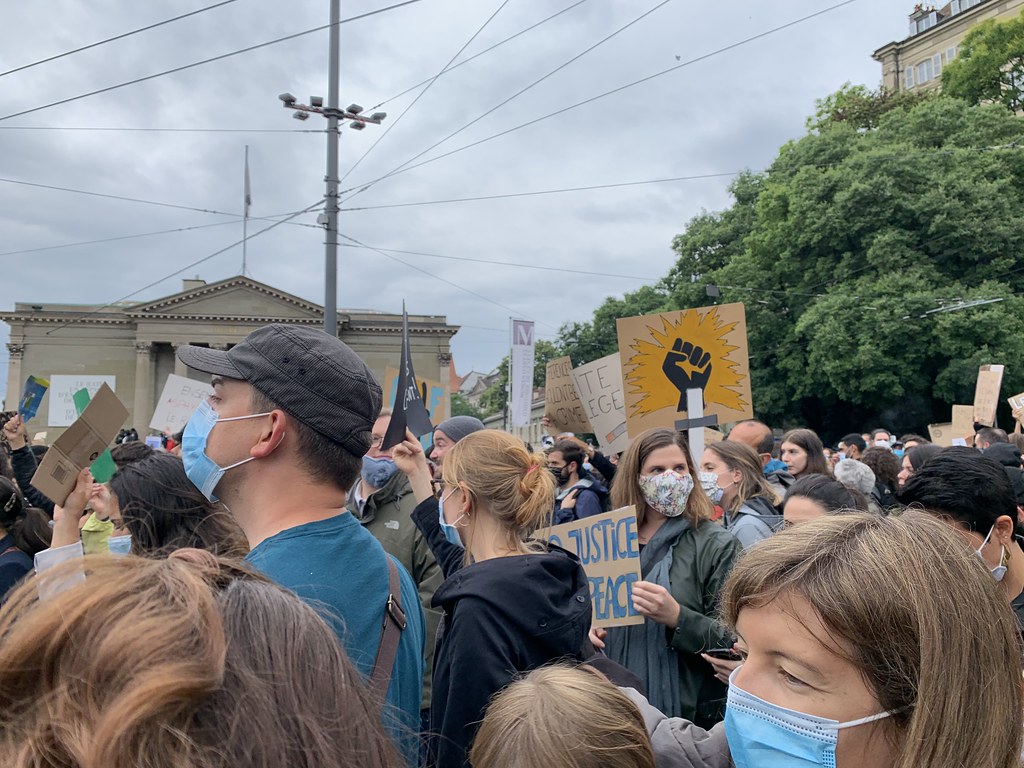 We were asked to wear masks, bring hand sanitizer, and be separated into groups of 300. Most people complied, but it was very packed and physical distancing was not possible at all. I felt comfortable going because I had likely already had COVID and am otherwise young and healthy, but if I were at risk or lived with my parents who have some health issues, it definitely would have made more sense to stay home and support in another way. 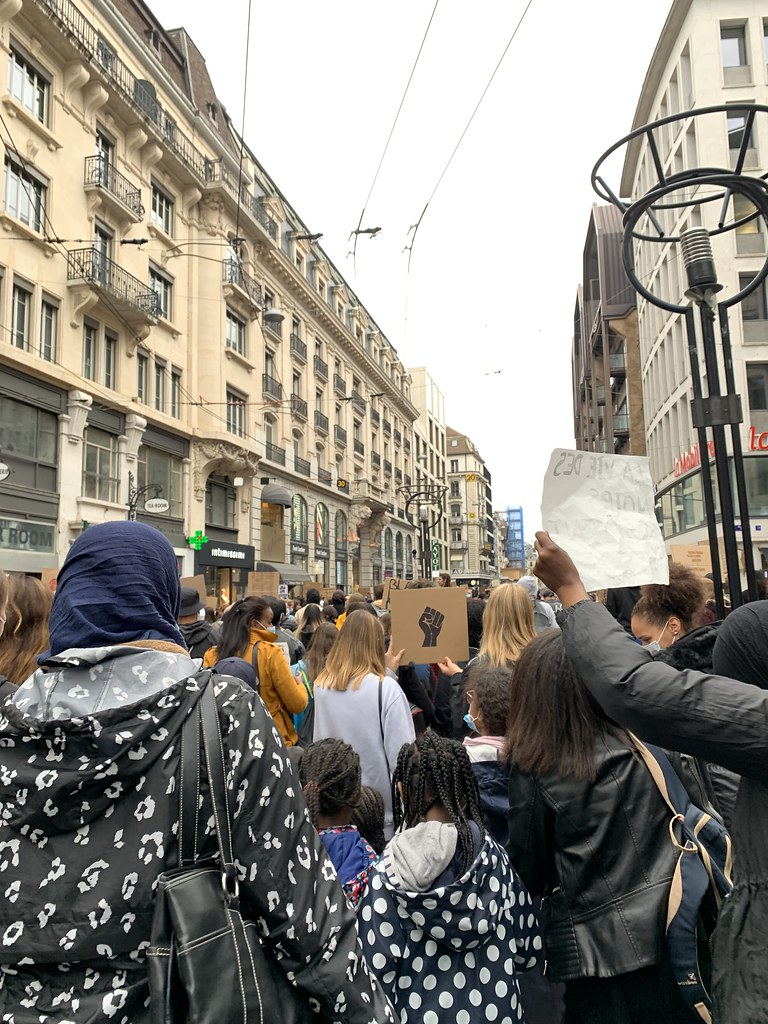 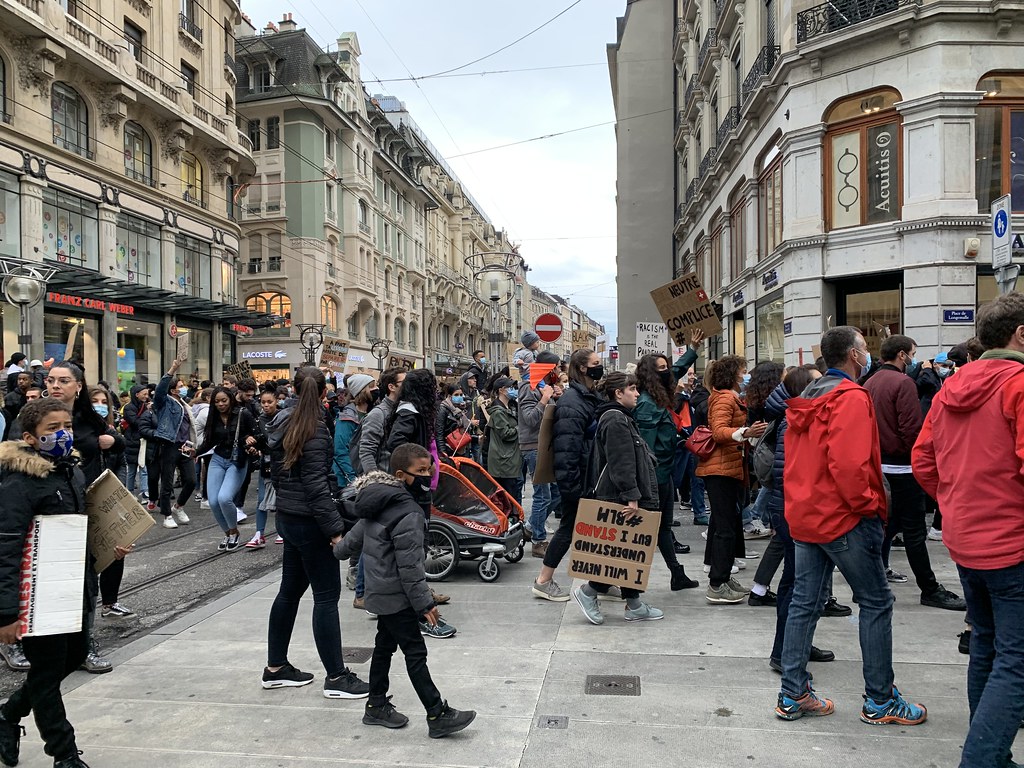 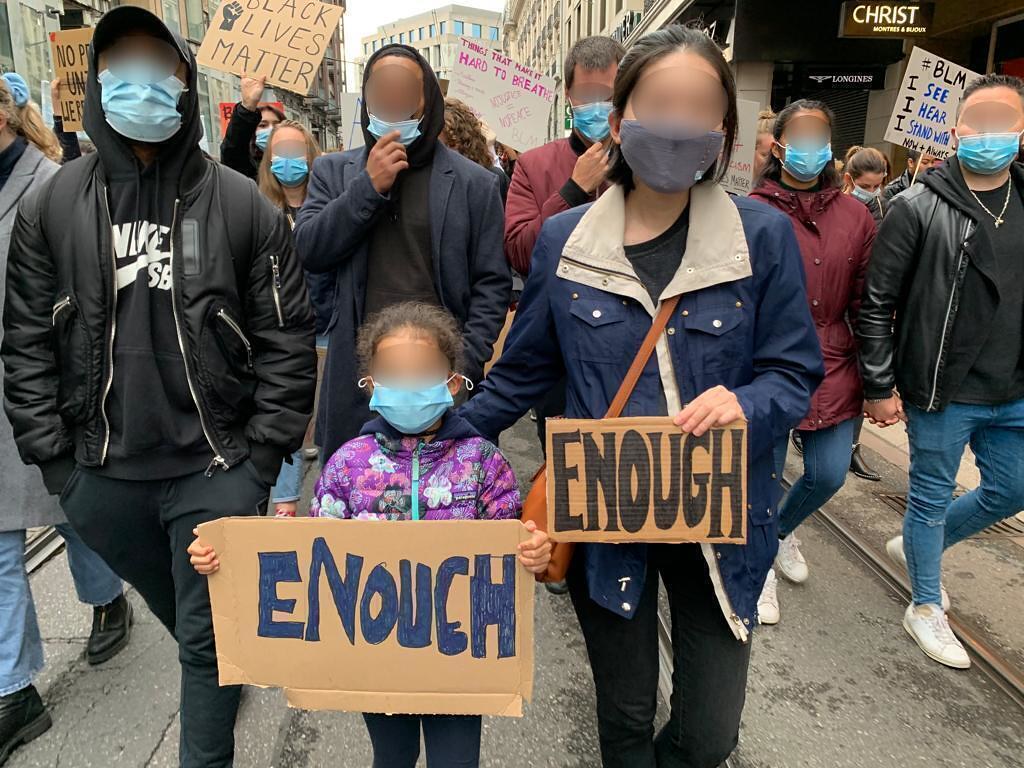 I absolutely adore this photo my friend took of me with her daughter. I didn’t have time to make a sign before the march, and someone gave me an extra that said ENOUGH. Turns out we carried the same message! Blurred out everyone’s faces for privacy but love the energy captured here so much; the guy behind us even took his mask off to flash the camera a smile.

Marching, of course, is only the first step. The work needs to happen. There is already an abundance of resources online for how to help create change in concrete ways. Due to my personal limitations, I’m mainly supporting the movement financially, giving whenever and wherever I am able. We live in a new era where I truly believe the young generation is more empathetic, equitable, inclusive and forward-thinking than any generation that has come before it. I am so proud of their leadership and cannot wait to see what we can accomplish together in the years to come.