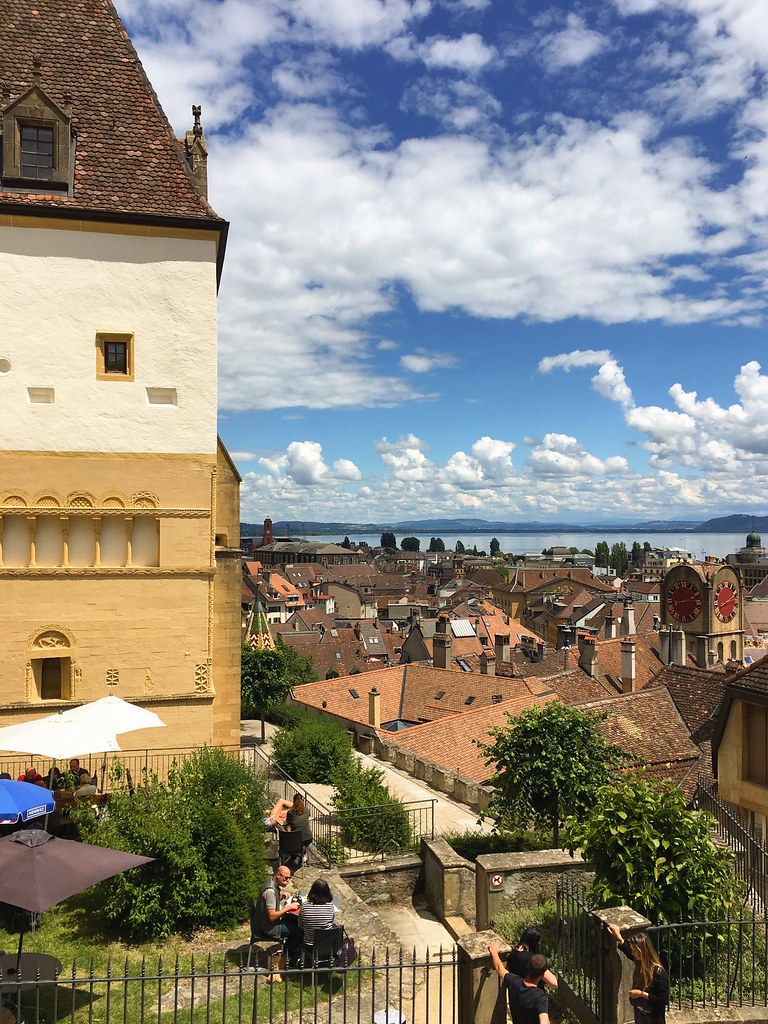 Neuchâtel is a charming little French-speaking town of just over 30,000 people, located in northwestern Switzerland. It’s only a 69-minute train ride from Geneva, which makes it ideal for a quick day trip. In fact, I think I only stayed for four hours; there was much more to see but I was fatigued and decided to head home early. To be continued!

This was my second train trip in Switzerland since the lockdown, after Lucerne last month. The trains are definitely becoming more crowded, and masked passengers are still in the minority. My general rule of thumb is that if I’m in a 4-person seat by myself, then I will keep my mask on until the ticket inspector comes by, then pull it down for some air. But if someone is seated across from or next to me, then I keep the mask on for the whole trip. I also bring hand sanitizer and remind myself not to touch my face.

I was delighted by Neuchâtel as soon as I stepped out of the train station. It’s situated on the banks of a huge lake, but had the airy and relaxed vibe of a beachside town. It reminded me of Nice and (for some reason) Tel Aviv. 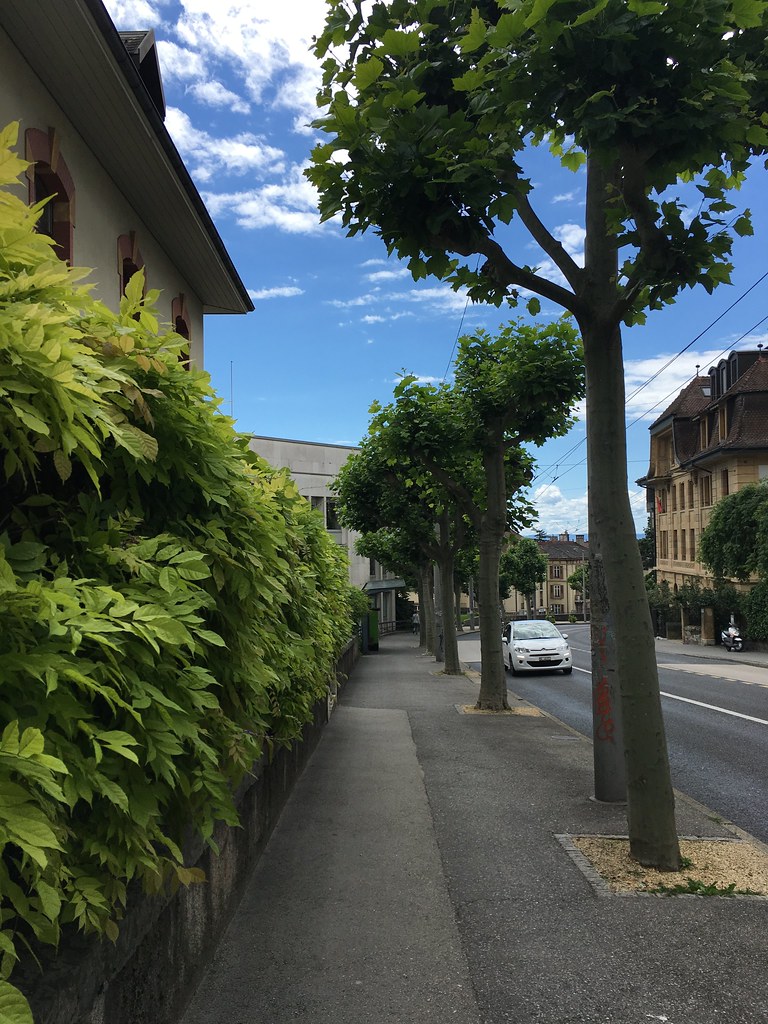 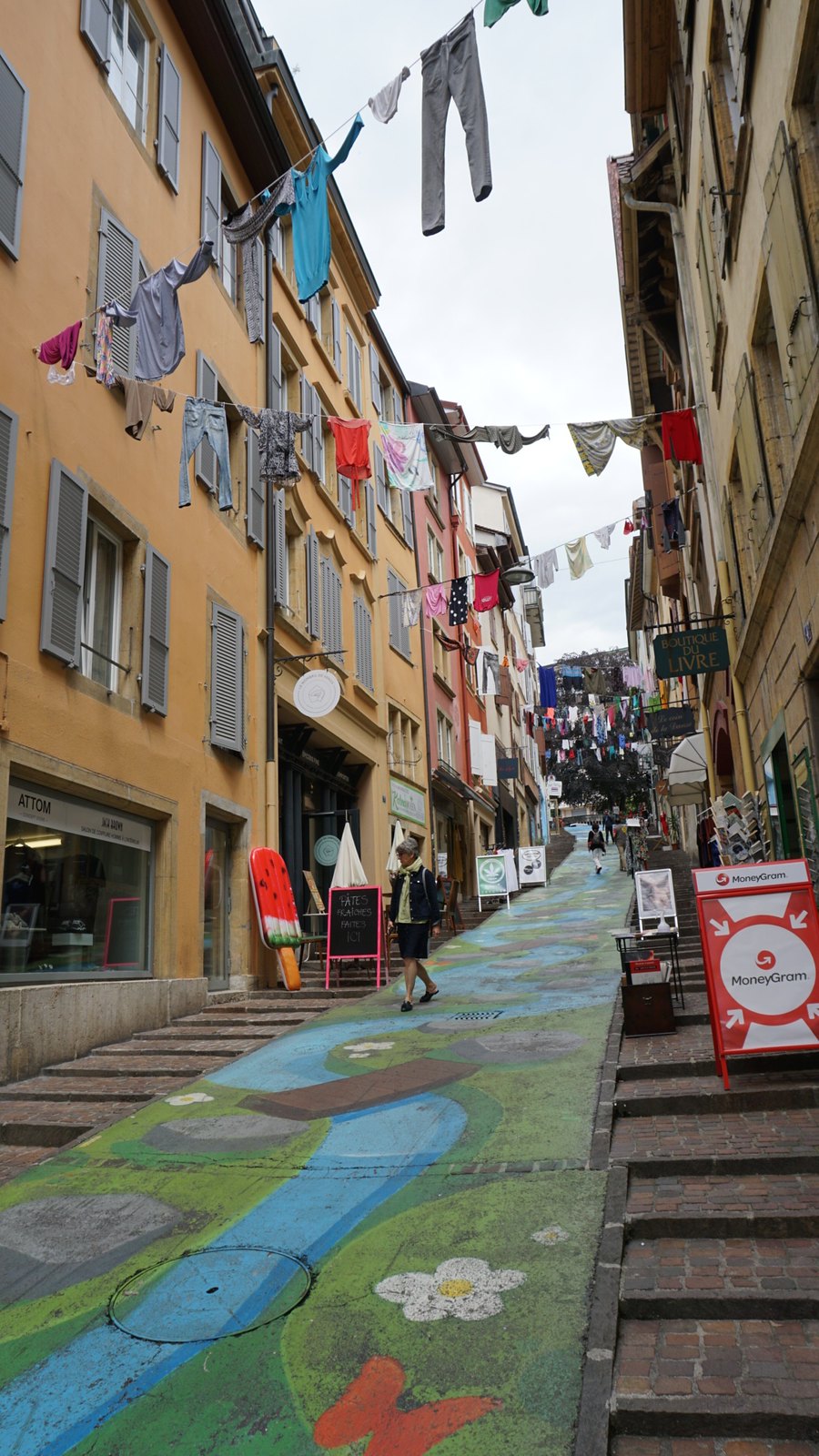 The medieval town center is just a 15-minute walk from the train station. People were out and about, window-shopping and just enjoying their Saturday in general. 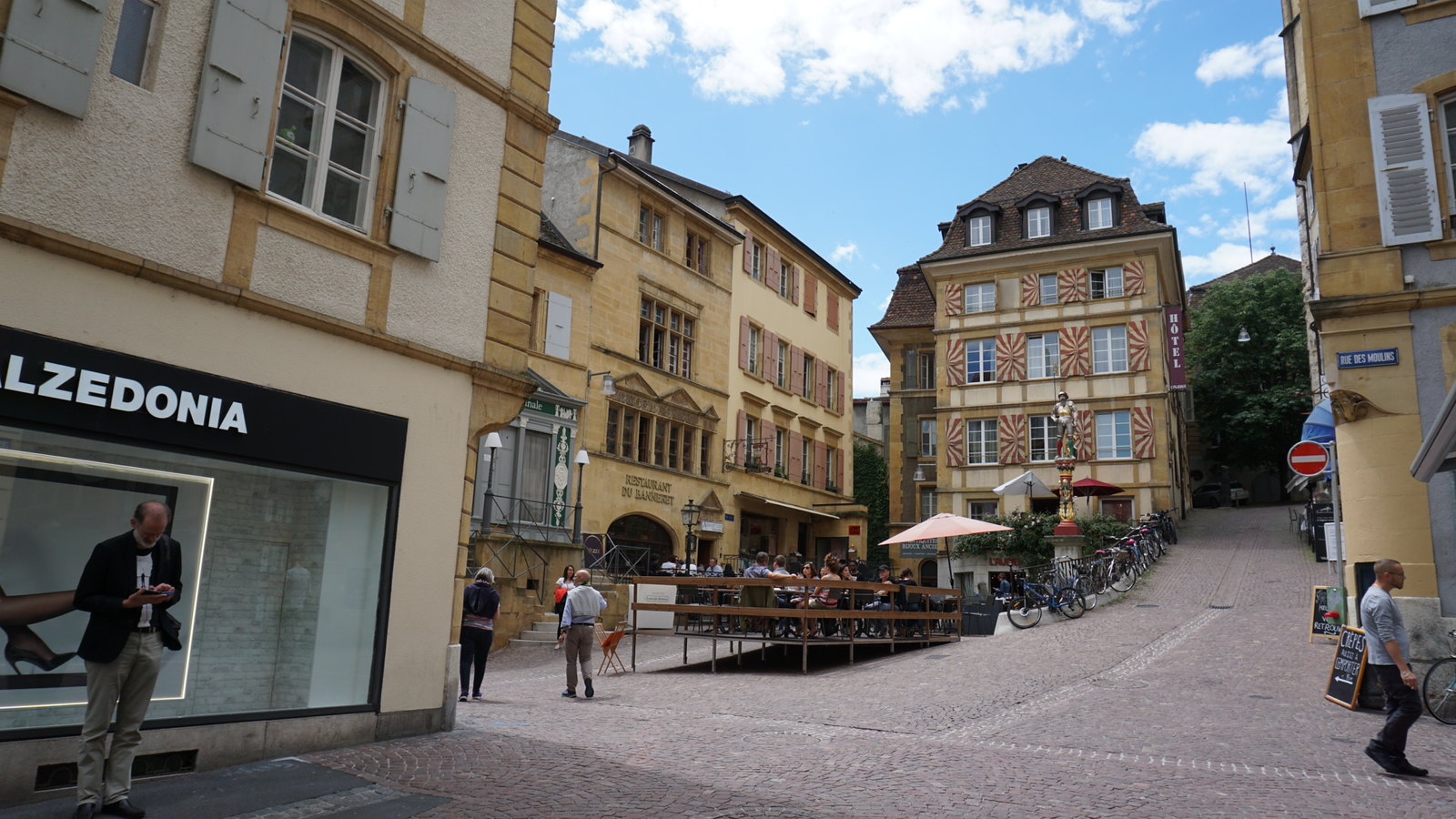 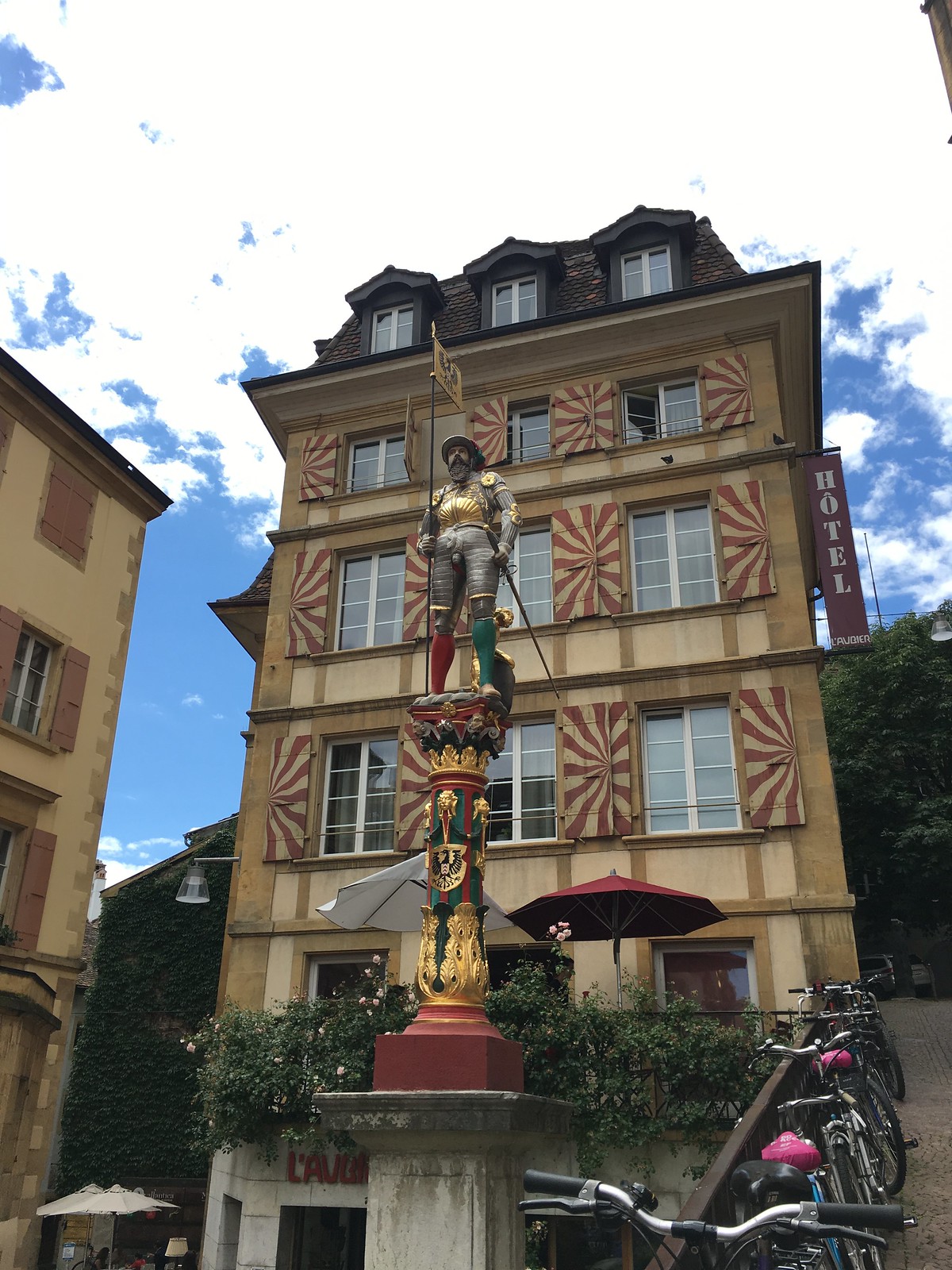 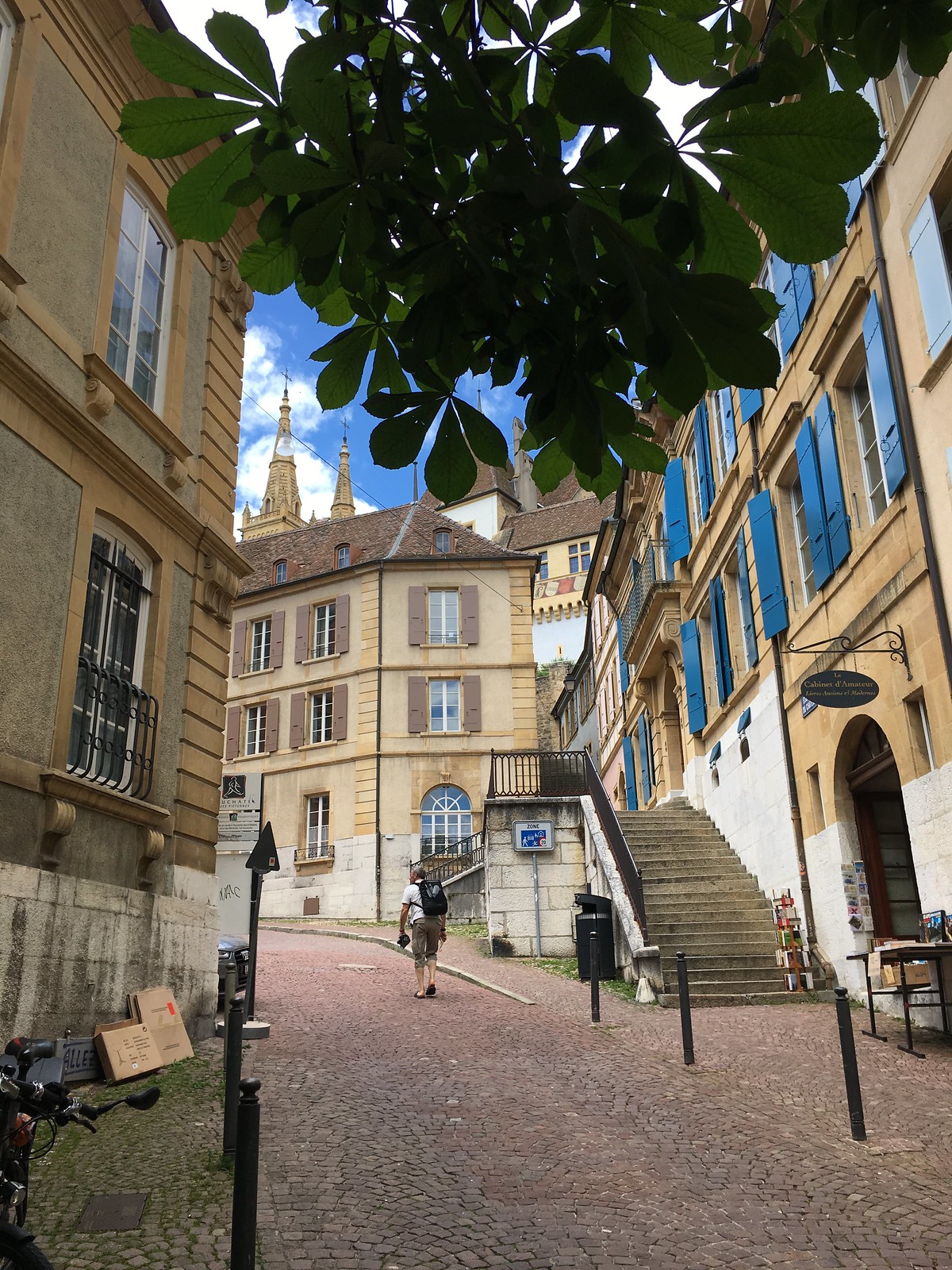 To get to the castle and the Collegiate Church, take the stairs on the right. 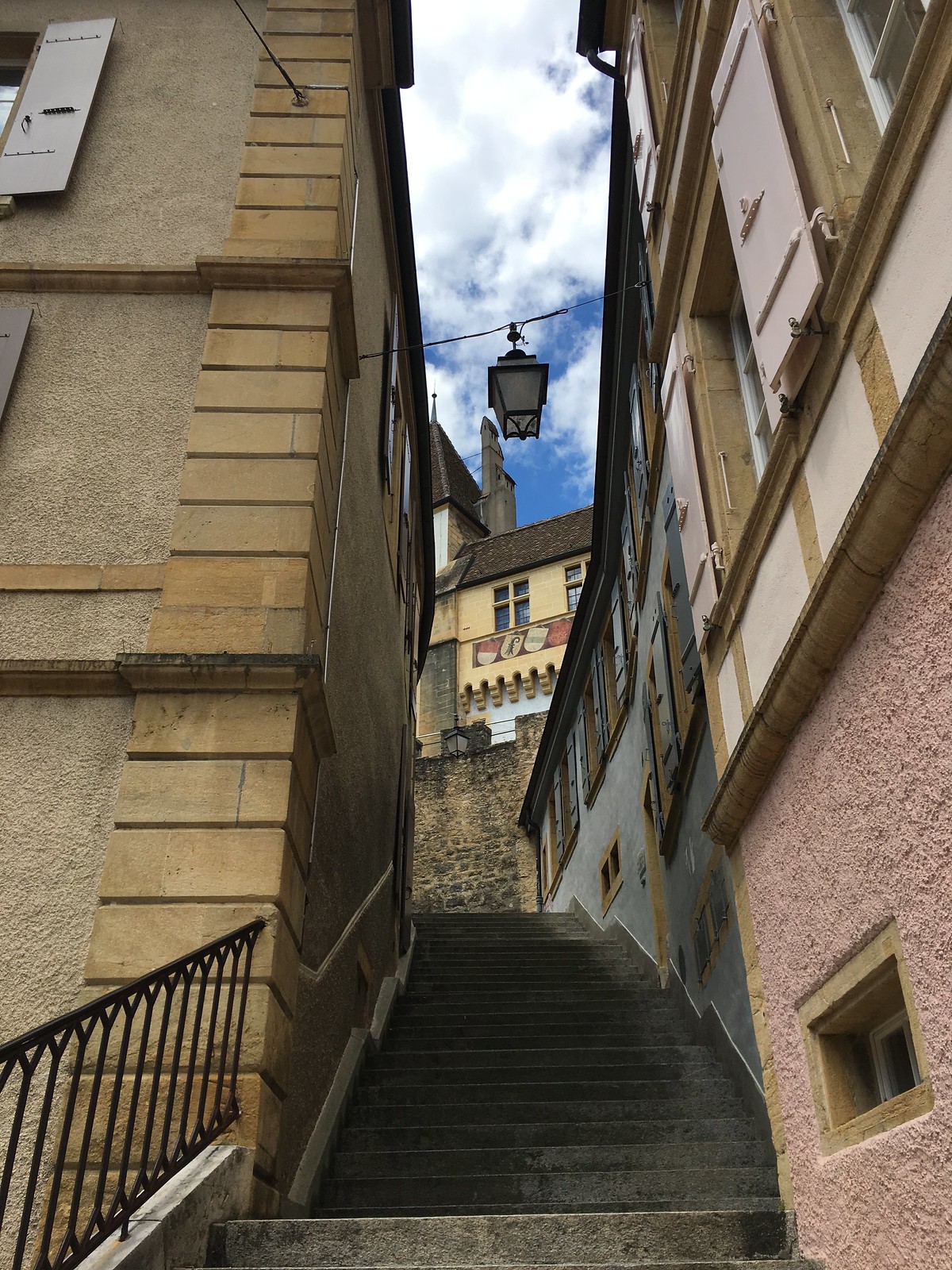 I was winded from all the steps (after months of little exercise / personal discipline lol) but at the top you’re rewarded with this sweeping view of the city. 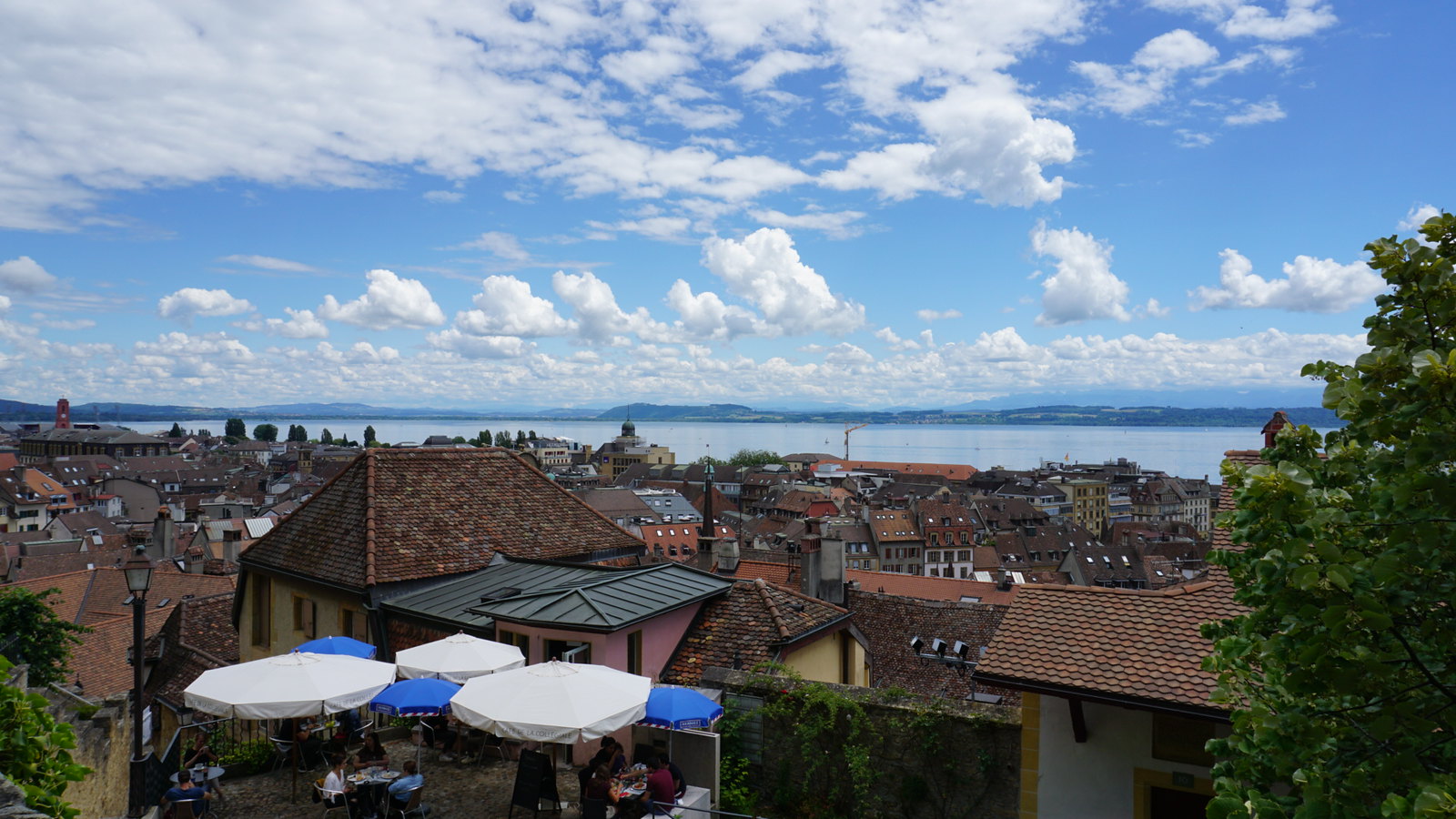 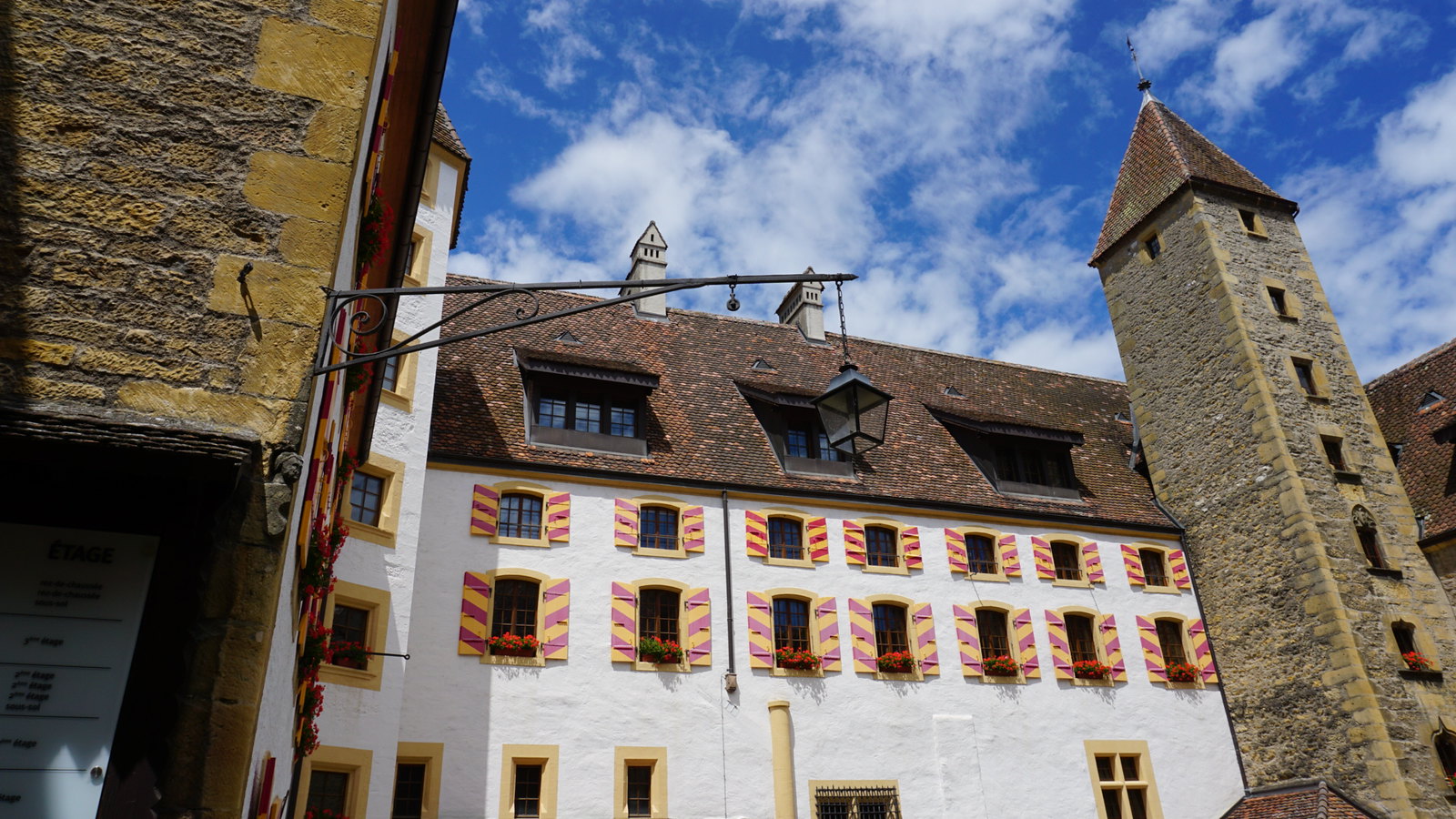 The castle is located right next to the church and is similarly aged. It used to be home to the seigneurs, or rulers, of the city, back when it belonged to the Prussian empire. It wasn’t until the 1800s that Neuchâtel formally joined the Swiss Confederation.

I don’t know my European history or architecture at all, but the style of the castle reminded me so much of another castle I’d visited three years ago in Germany (pictured below). I find it fascinating how culture in Europe, as well as around the world, isn’t confined to legal borders; rather, it takes the form of so many unique gradients and mixes. In Switzerland alone, there’s Swiss-French culture, Swiss-German culture, Swiss-Italian, etc. The European Union is the embodiment and celebration of this phenomenon. 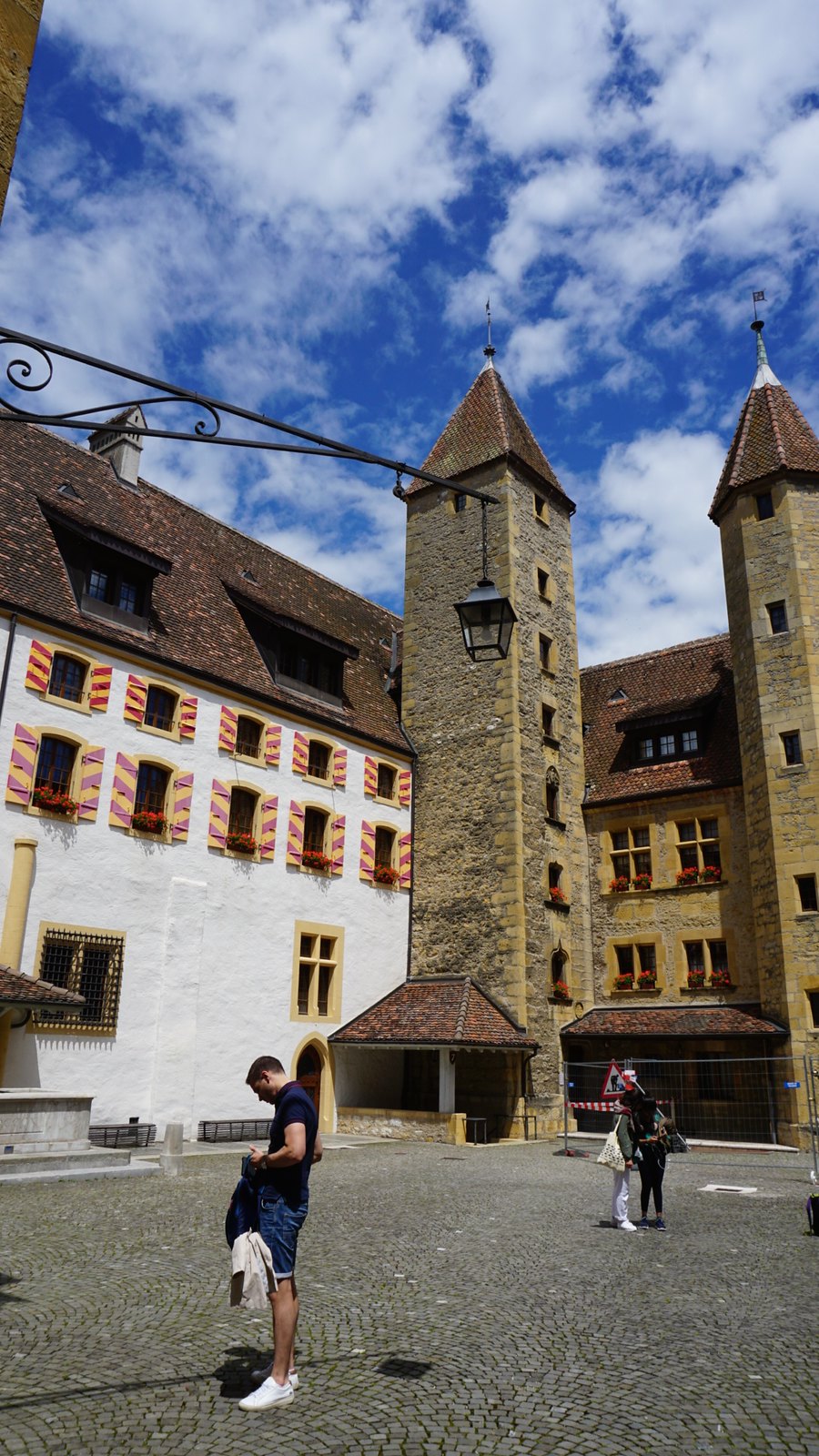 There was a guided tour that took place every hour. Three languages were available depending on need: French, English and German. Our tour was in both French and English, and the tour guide was a bit nervous and apologized for not speaking English super well, but he was great! It was actually super helpful for me to hear the tour in both languages; I could understand most of the French except for a few less commonly used words here or there, and then I could fill in the gap once I heard the English translation.

The tour was only CHF 5, and I noticed that everyone else paid in cash, so I did too. (Switzerland is still a heavily cash-based society in a lot of places.) We were also required to fill out a form with our names, phone numbers, and cantons, in case they needed to contact us for contact-tracing.

Most of the other tourists lived in Switzerland, though there was also a couple and a solo traveller who had come from Germany; the borders had opened up on June 15. I also noticed that there were two other people of Asian descent in the group, though they were also European residents. 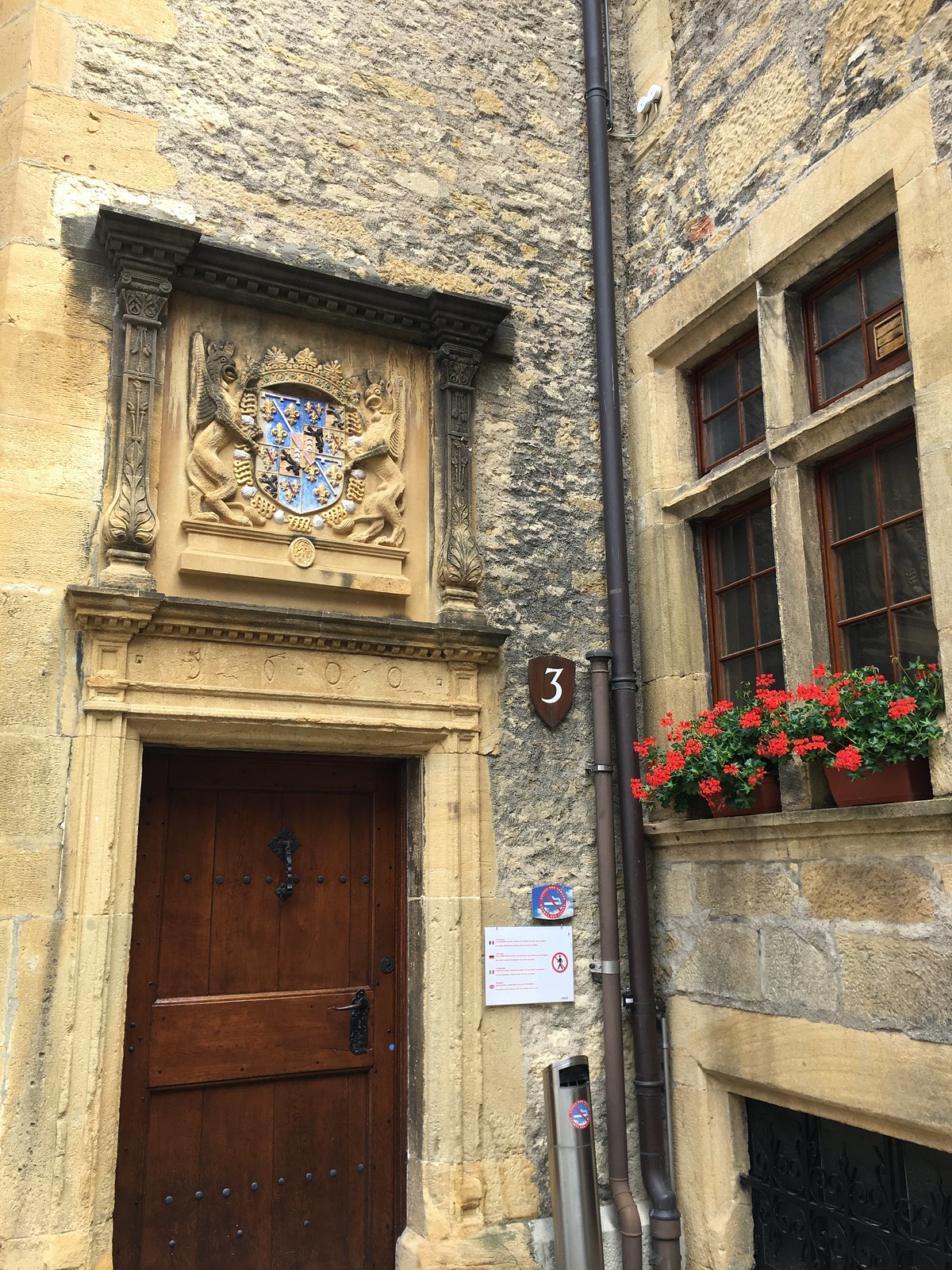 The entrance to the tour. After the rich were eaten in a revolution (I assume), this castle was turned into an office building for the local government, and over a hundred people come to work here during the weekdays. How cool must it be to work in a real-life castle? 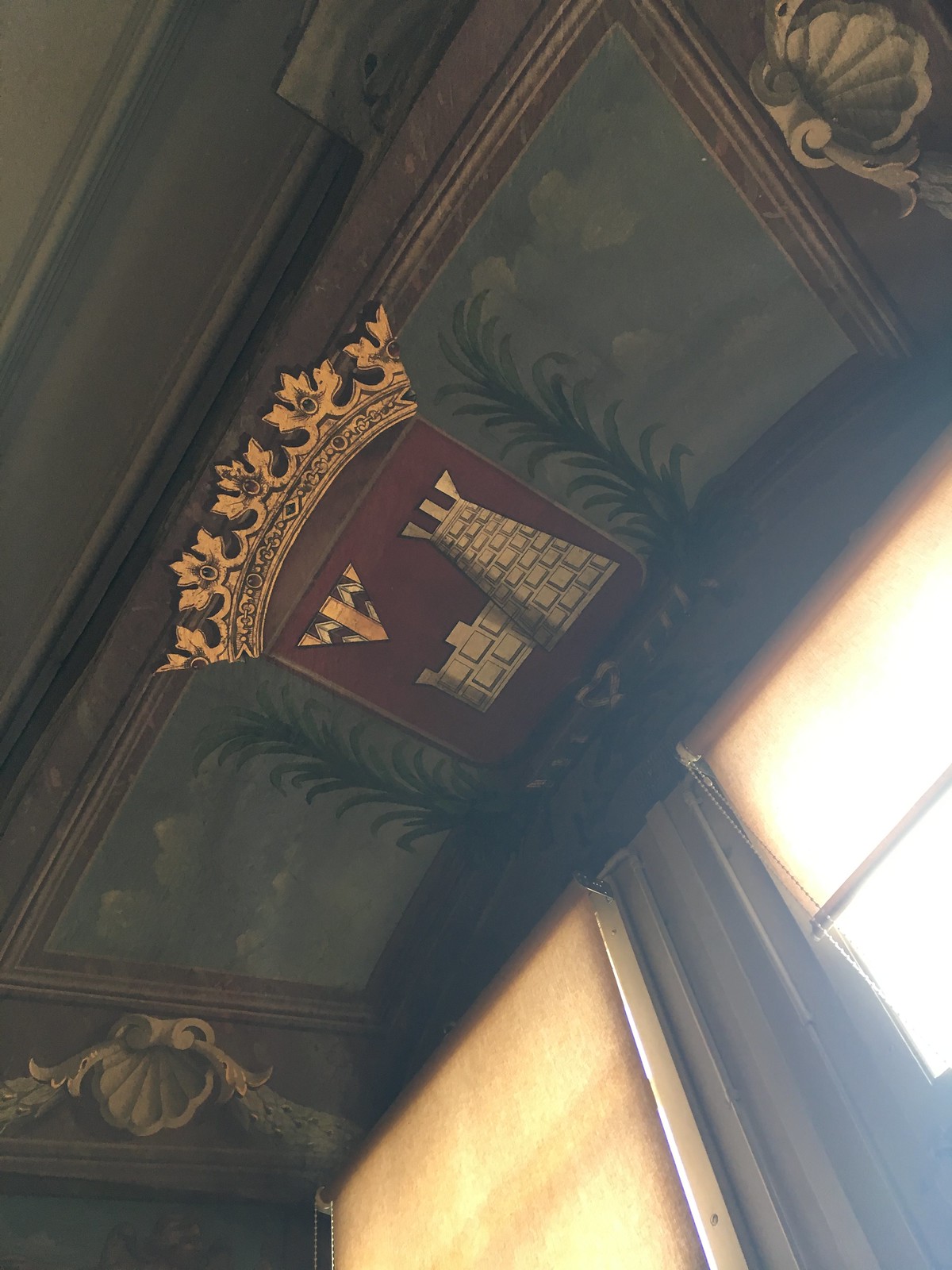 After the tour, I also did some window-shopping in the town center. I found this adorable home furnishing store called Casa; apparently they have a shop in Geneva too, as well as other locations in Europe. They are so expensive, though. I found a small cushion that I liked, but it retailed for CHF 22! Maybe they’ll do a sale this summer? 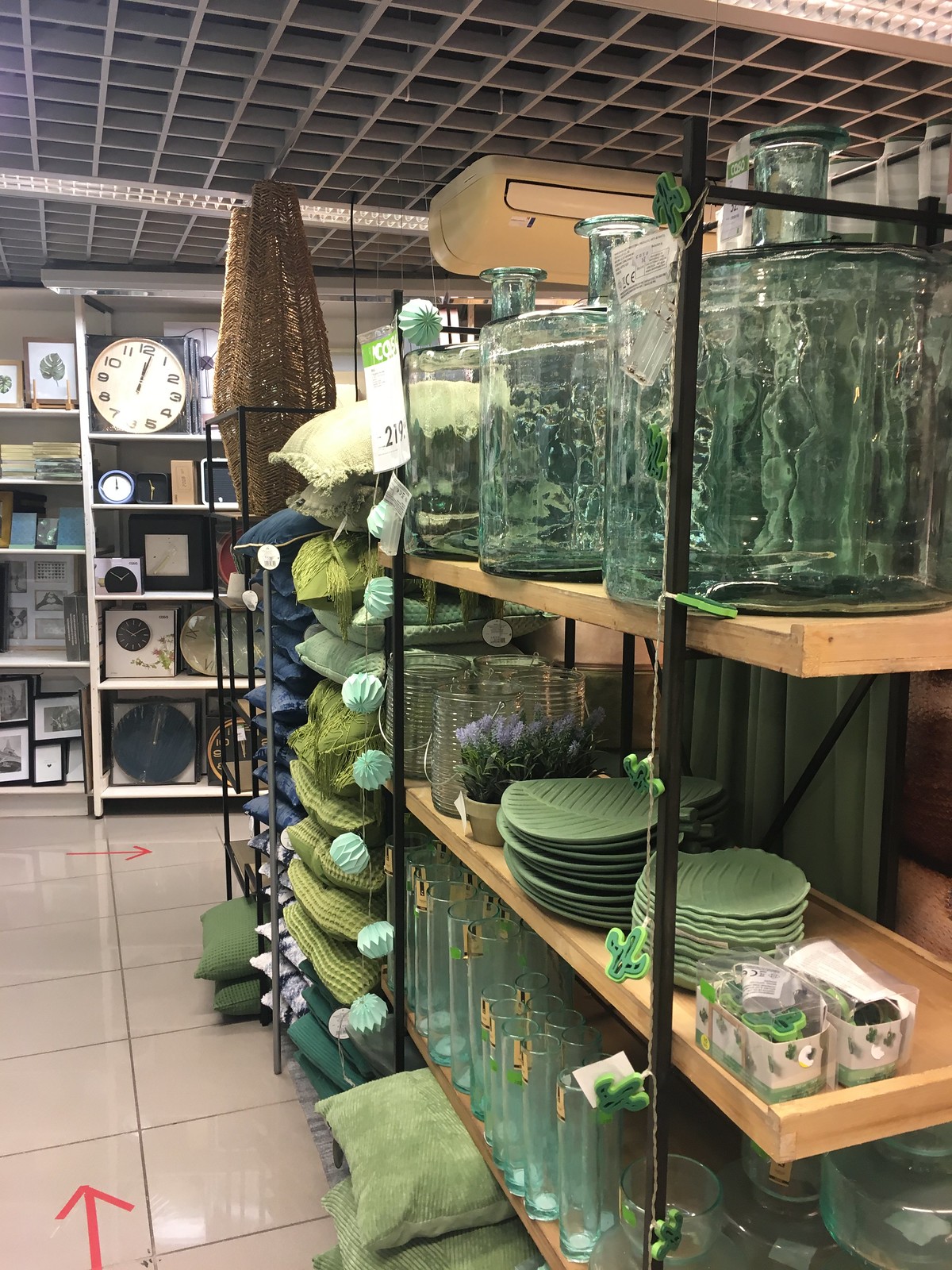 I also walked to Esplanade du Mont-Blanc nearby to get a view of the river front. Of course all the good benches were already taken; it was a beautiful day! 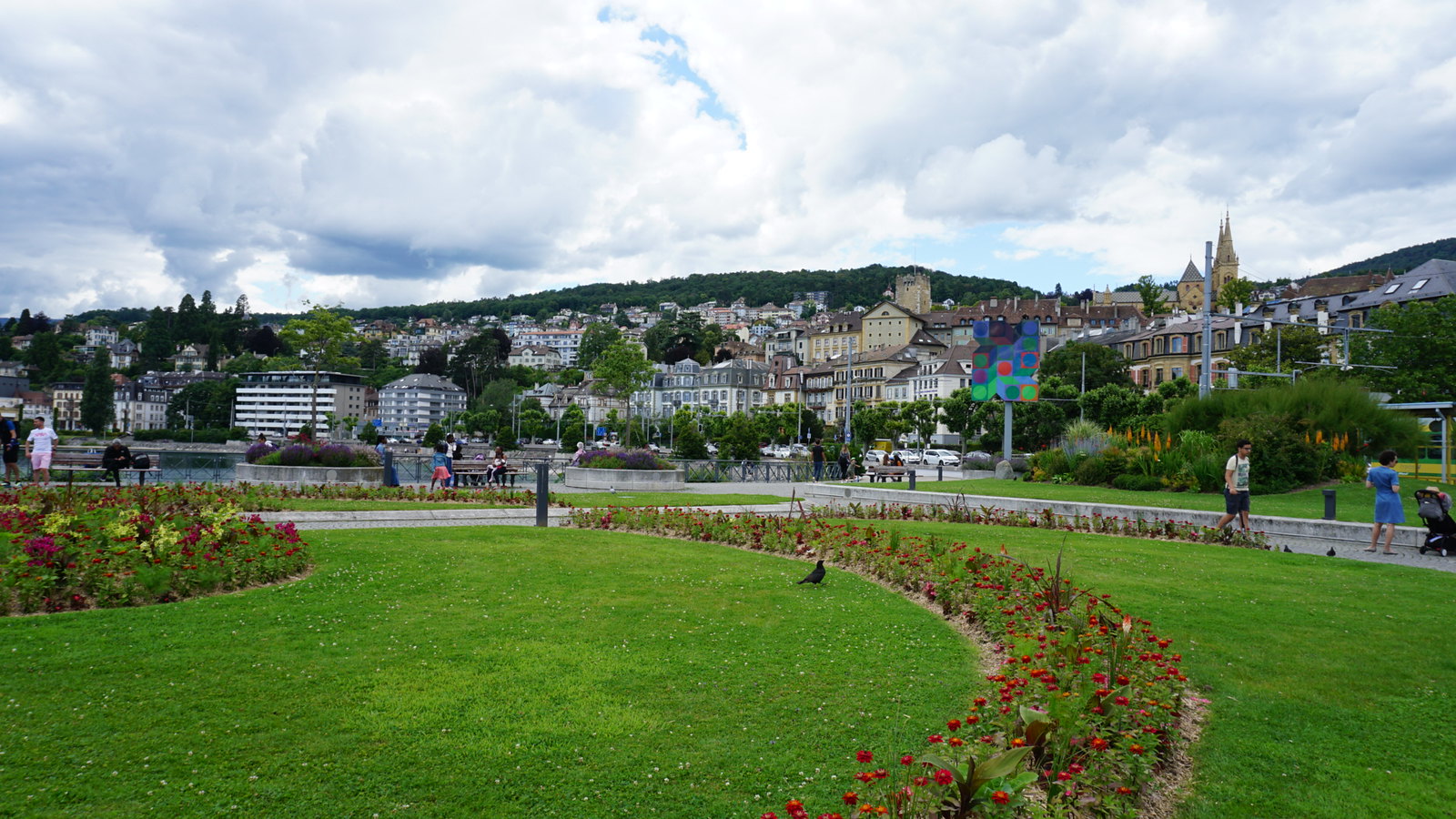 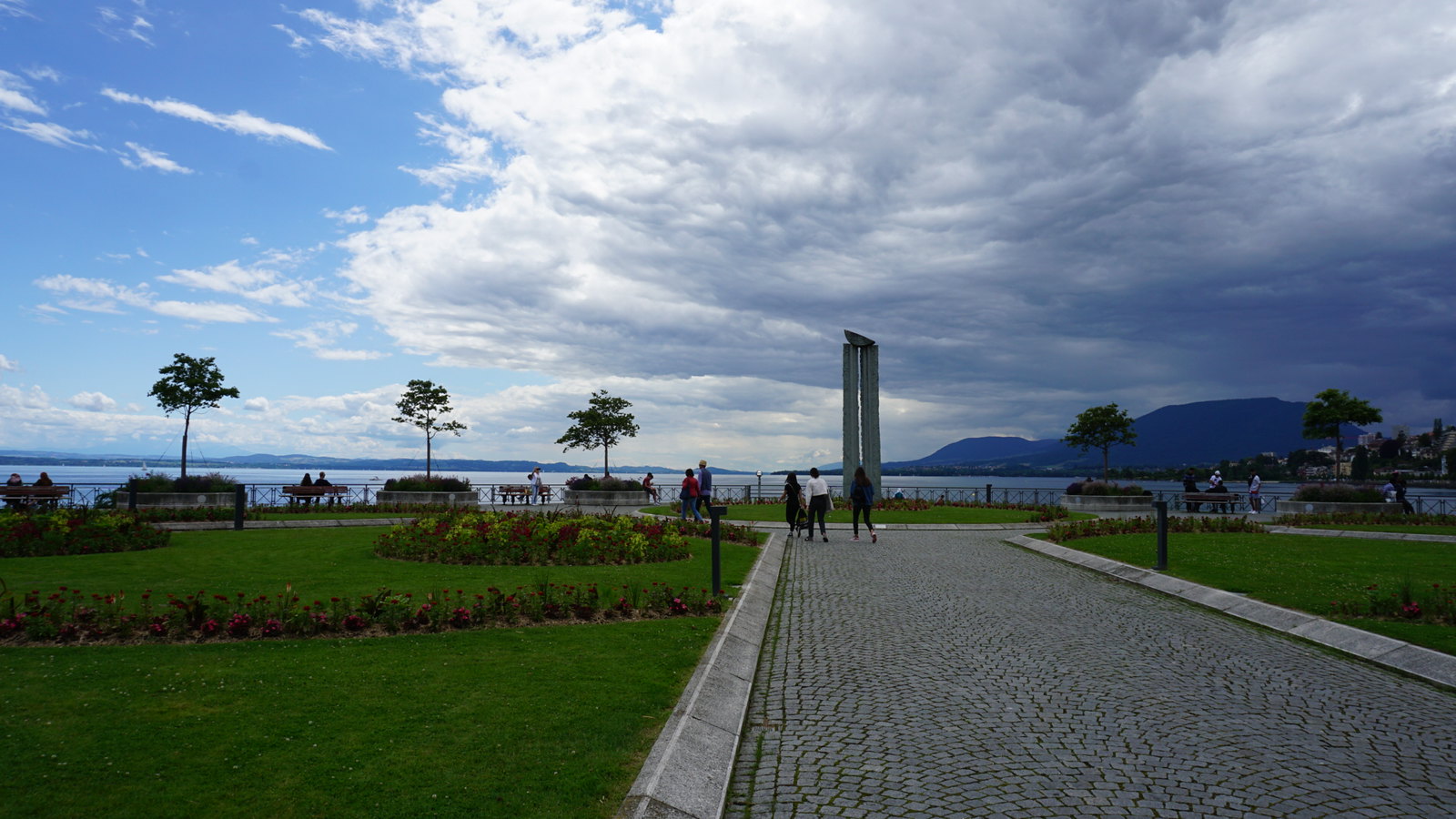 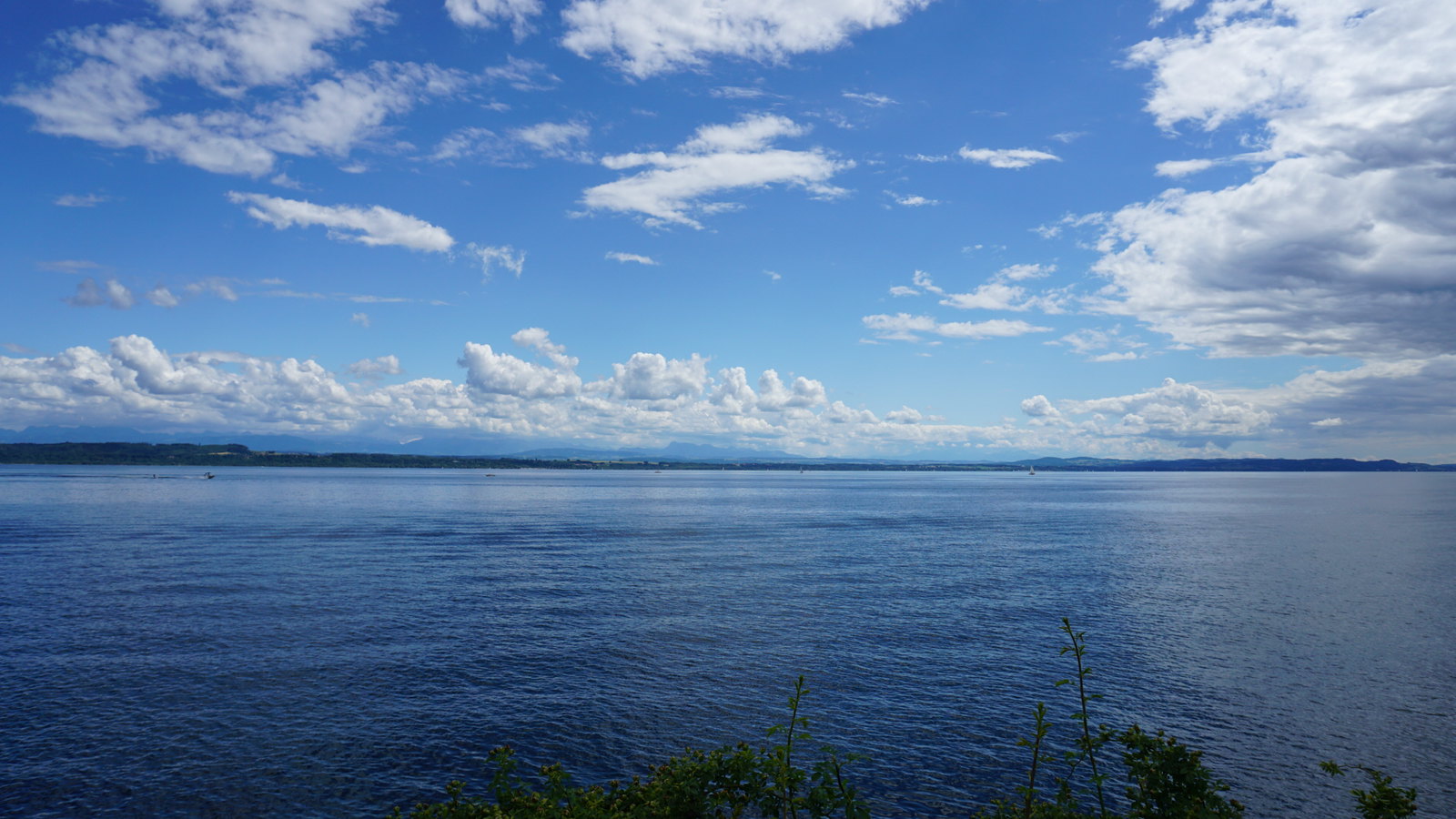 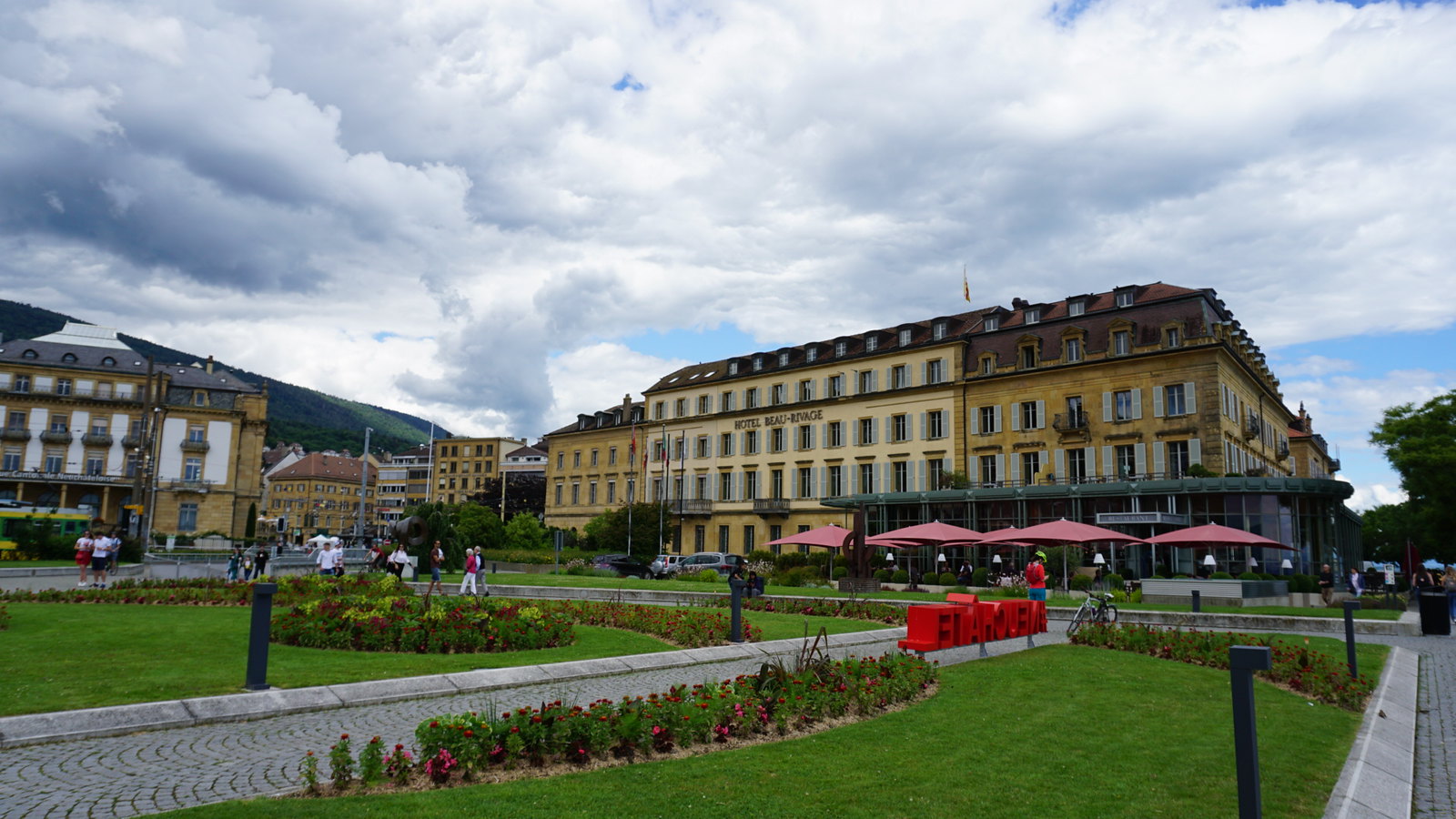 This is where I got tired and decided to head home. I took a different route back to the train station, walking through a long, lovely park that stretched on for blocks and was filled with art and sculpture. 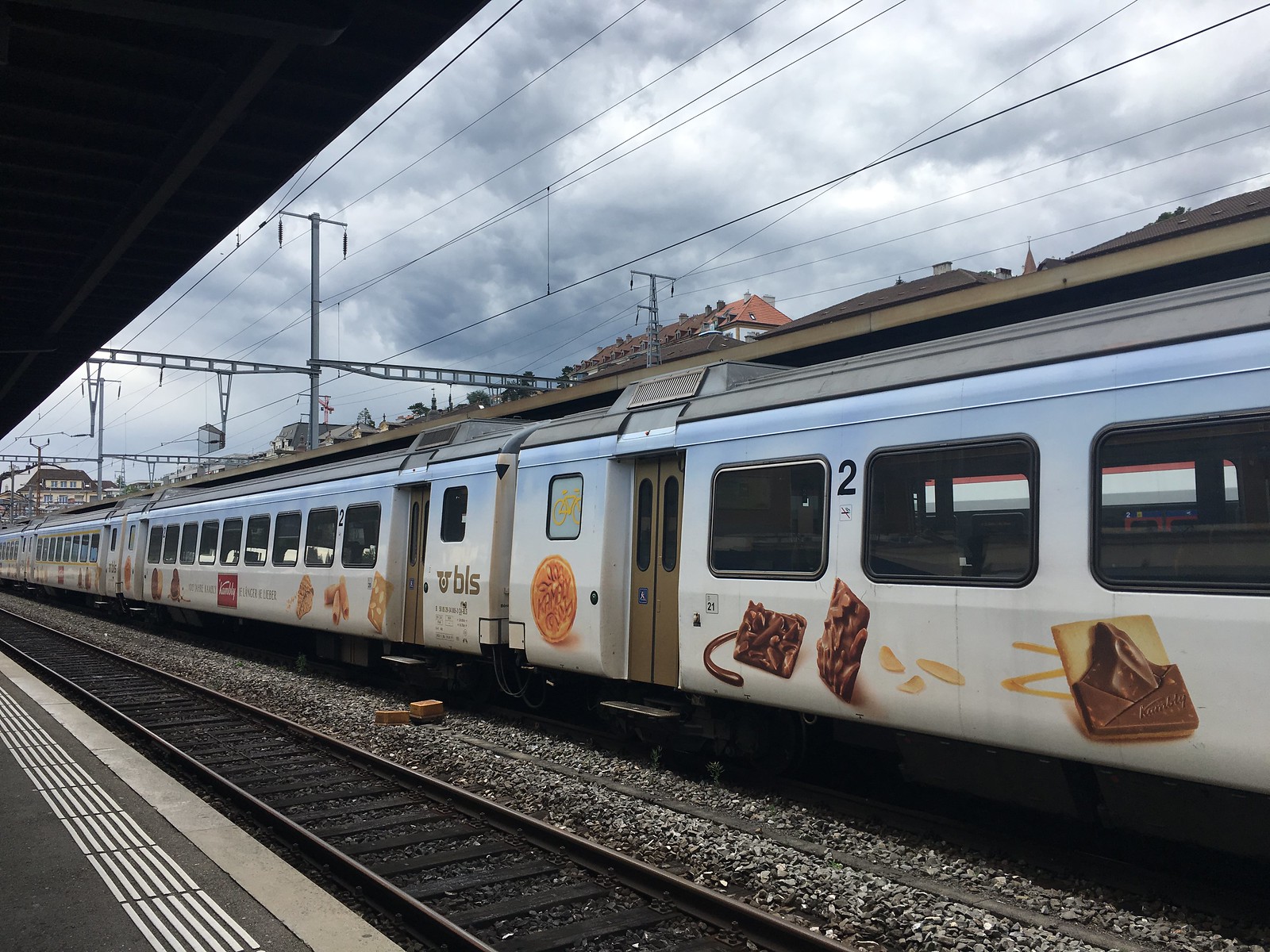 And lastly… I love this train. That is all.