Hallstatt, charming even on a rainy day

Continued from part 1 and part 2 in Salzburg.

On my last day in Austria, I took a day trip to Hallstatt, a charming little lakeside village that is known — at least partially — for resembling the kingdom of Arendelle from Frozen. The village has only around 800 inhabitants, yet received millions of visitors every year; before COVID hit, they had just introduced new regulations restricting the number of tour buses that could enter per day. I was interested in seeing how a tourist hotspot that had buckled under the weight of unsustainable tourism was faring in the midst of a global pandemic.

It turns out: better than expected. The village was more crowded and dense than Salzburg was, though there were also quieter spots at higher elevations. I was even (politely) turned away from a restaurant that was full. The vast majority of the tourists were, naturally, residents of Europe, and I would have guessed that most were from Germany.

It takes a little under three hours to get from Salzburg to Hallstatt via public transportation. I had booked a bus + train combo because the ticket was a little bit cheaper, but it’s also possible to take two trains or just one bus; the time difference is negligible.

In the morning, I took the 150 bus originating from Salzburg HB (central station) and got off at Bad Ischl, a little station in the middle of nowhere. From there I transferred onto the train, which brought me to Hallstatt station. But that’s not all! I had to then take the ferry — or, rather, a small boat that can carry around 30 people, all masked — across the lake to the actual village itself. It cost 6 euros roundtrip, cash only, and took about 15 minutes.

This was my first view of Hallstatt from the “ferry”. 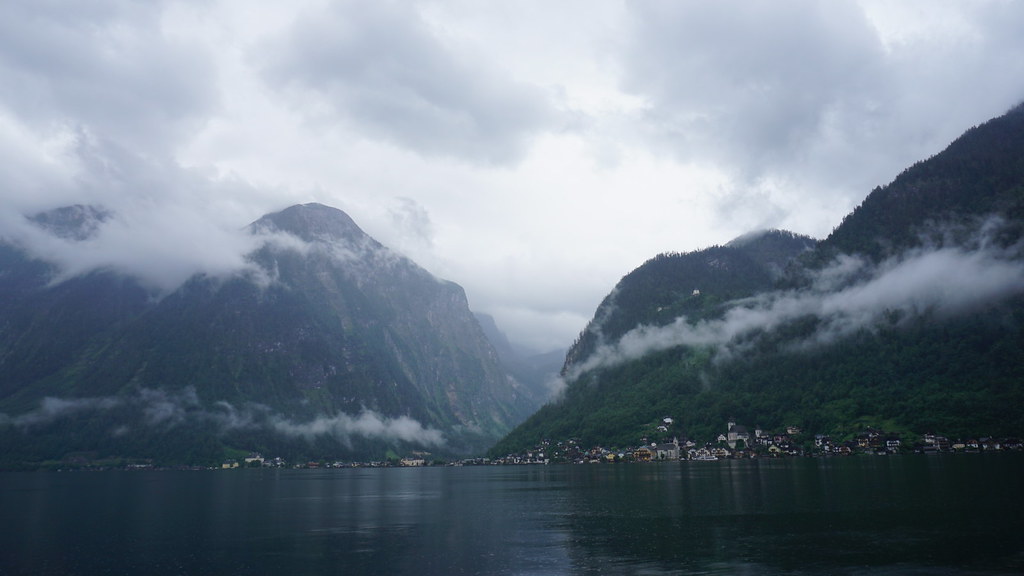 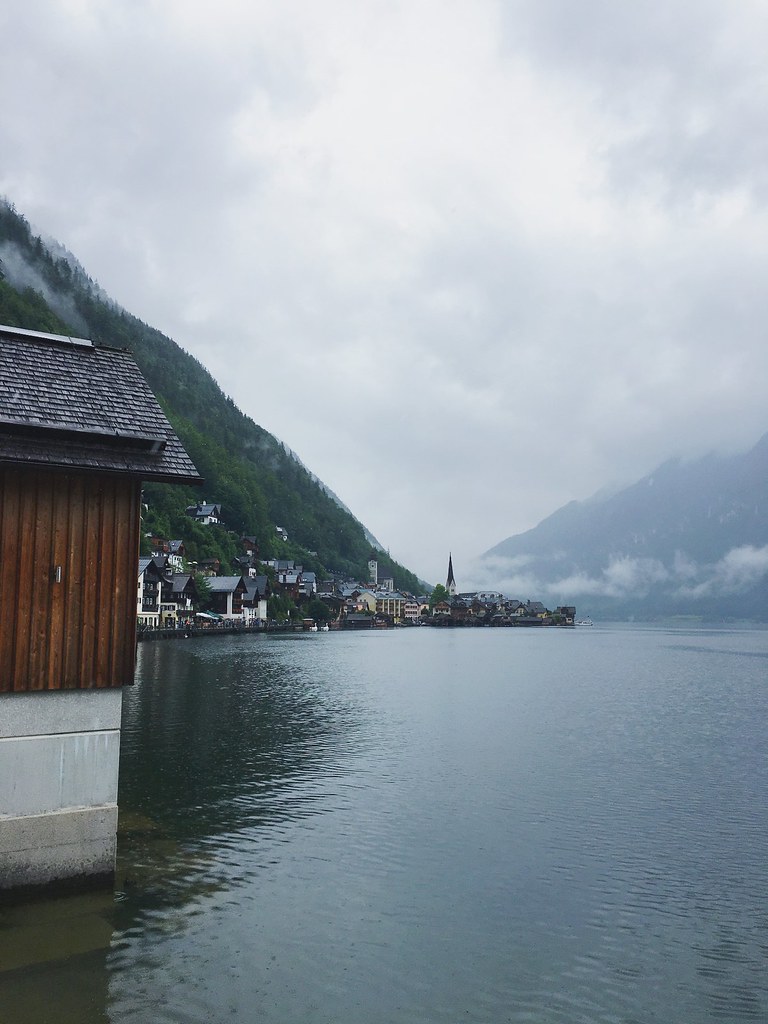 After walking around town for a bit, I ended up returning to the dock where the ferry had dropped us off, to the only lakeside restaurant that seemed to be open. “Do you have a mask?” The hostess, also masked, asked me kindly.

“Of course,” I said, and hastened to put mine on.

She showed me to a table in the half-empty restaurant. Another masked waiter brought me a menu and checked back twice of his own accord to see if I was ready to order — something that never happens to me in Europe! I finally made up my mind and ordered, then hesitated. “Um… is it okay if I take off my mask now, or…?”

The guy gave me the go-ahead. 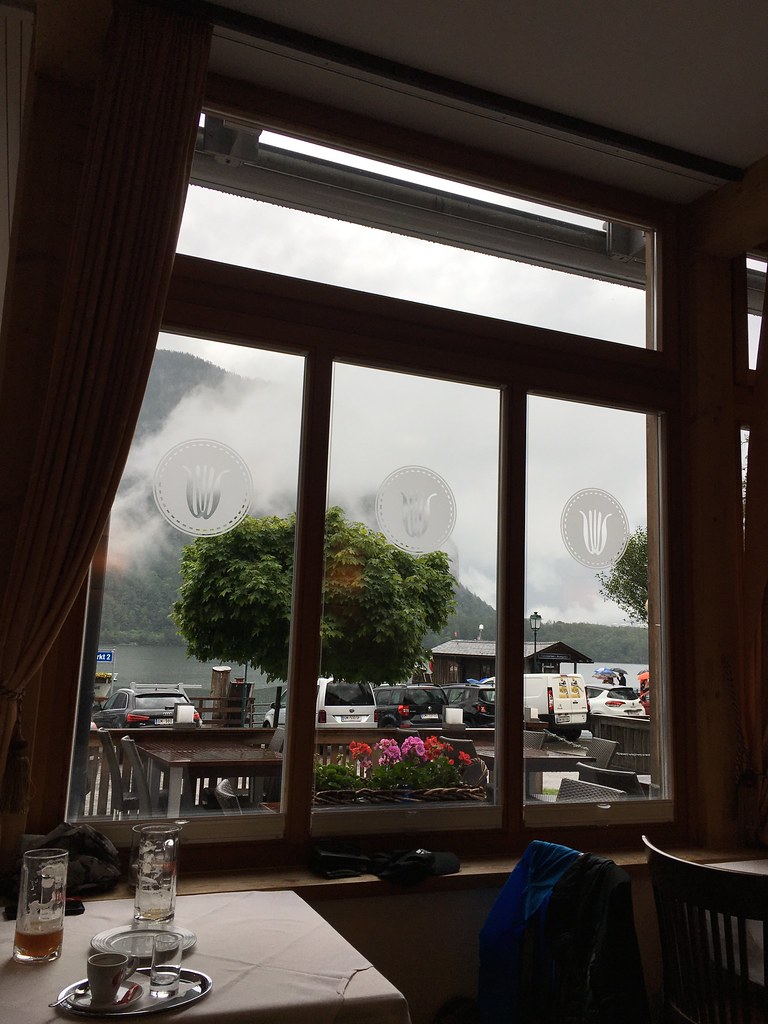 The restaurant had the nicest, most attentive staff that I had ever encountered in Europe. Interestingly, they have a ton of bad reviews on Google Maps from pre-pandemic times, many of them berating the staff for being rude and even racist. There could be lots of reasons behind the discrepancy in our experiences — staff changeover? stress during peak tourism season? maybe the diner was the one that was unreasonable? — but I also wonder if they just genuinely appreciated tourists a little more after everything that’s happened this year. One of my secret fears about visiting Hallstatt had been how I would be treated, given local attitudes towards Asian tourists, but I personally had a totally normal experience. And the restaurant I was turned away from — it really was full and there were other Asian patrons eating there, so I knew I wasn’t being singled out. 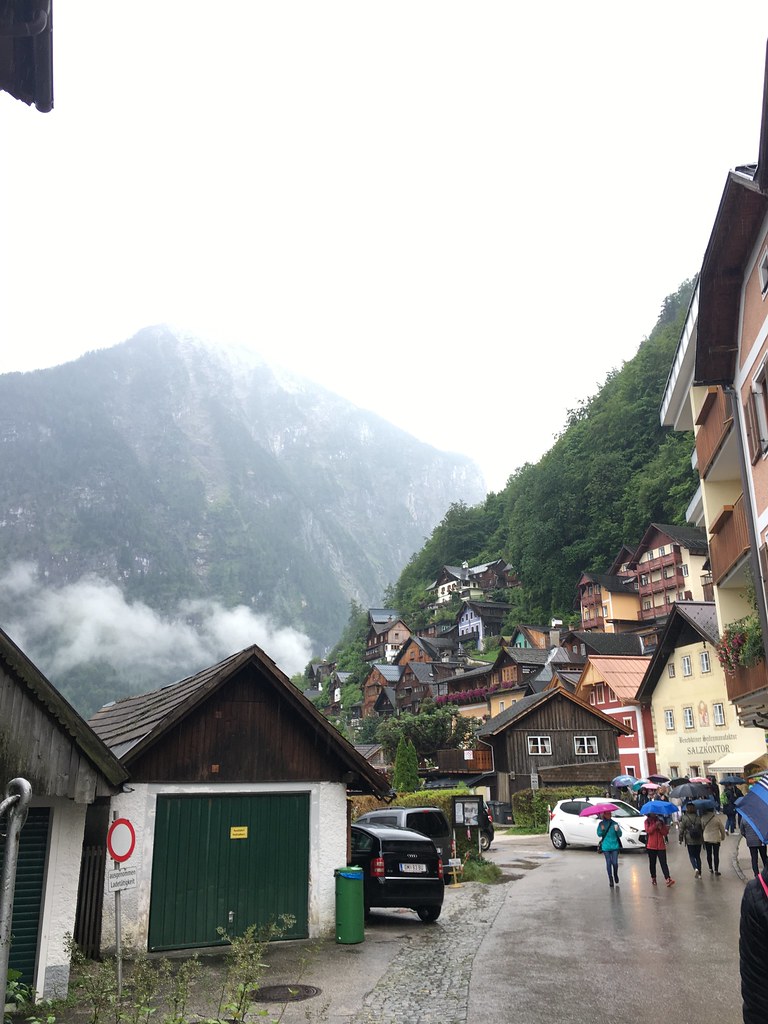 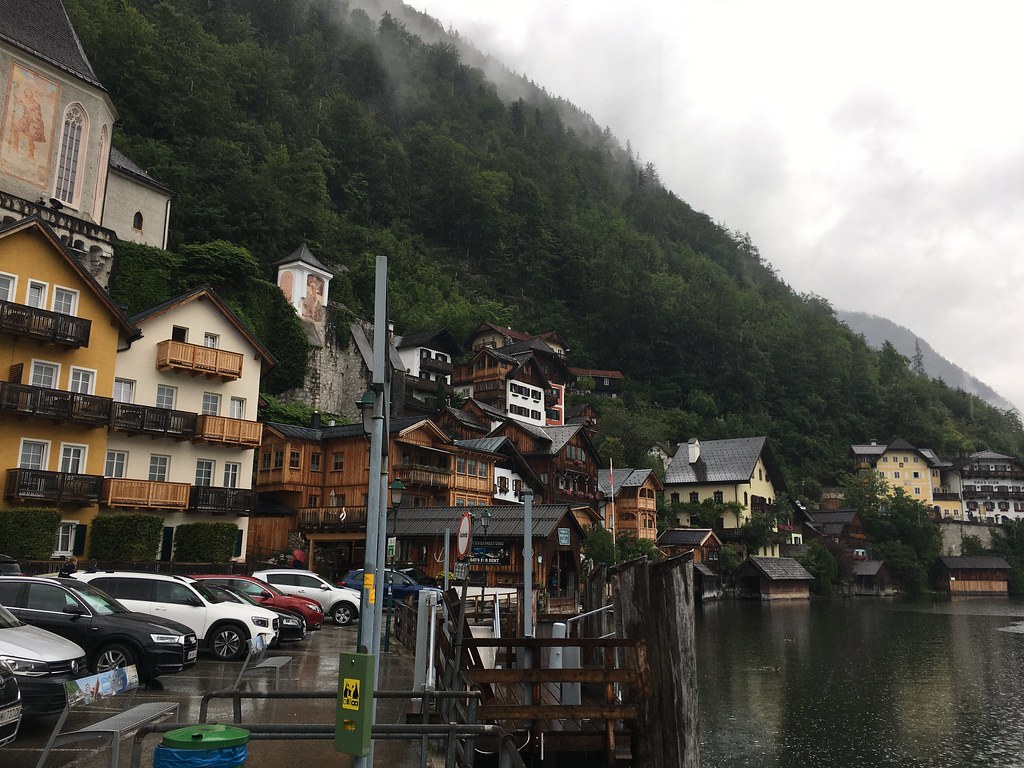 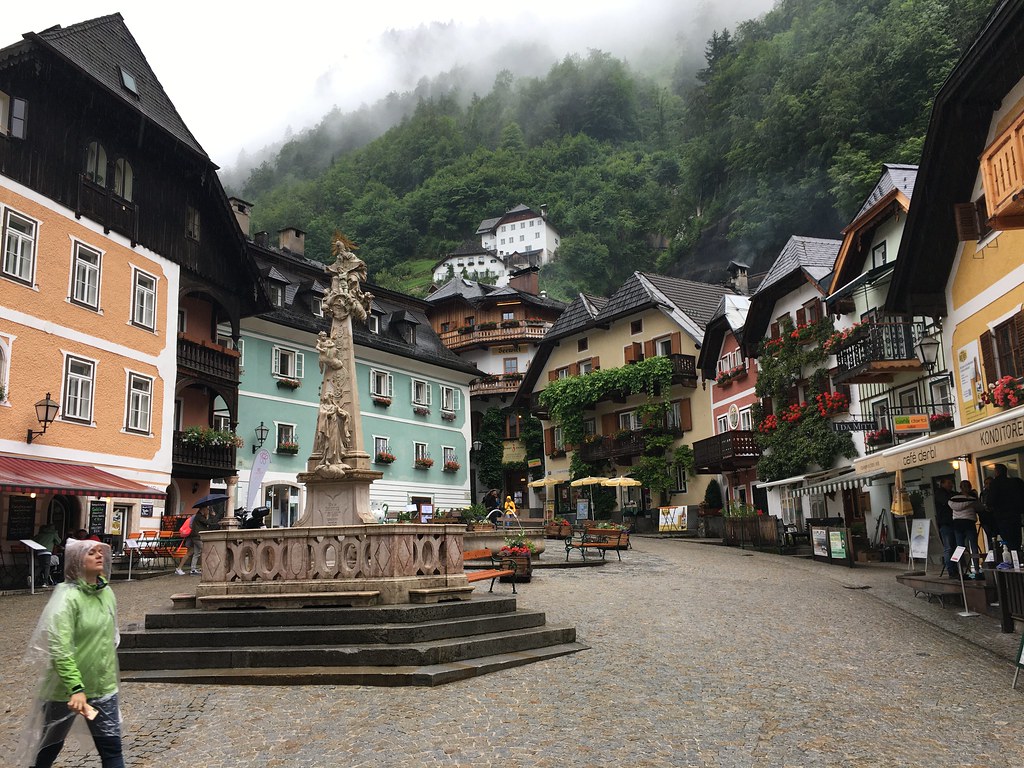 The village itself is really quite small; you can easily walk from one end to another in half an hour. 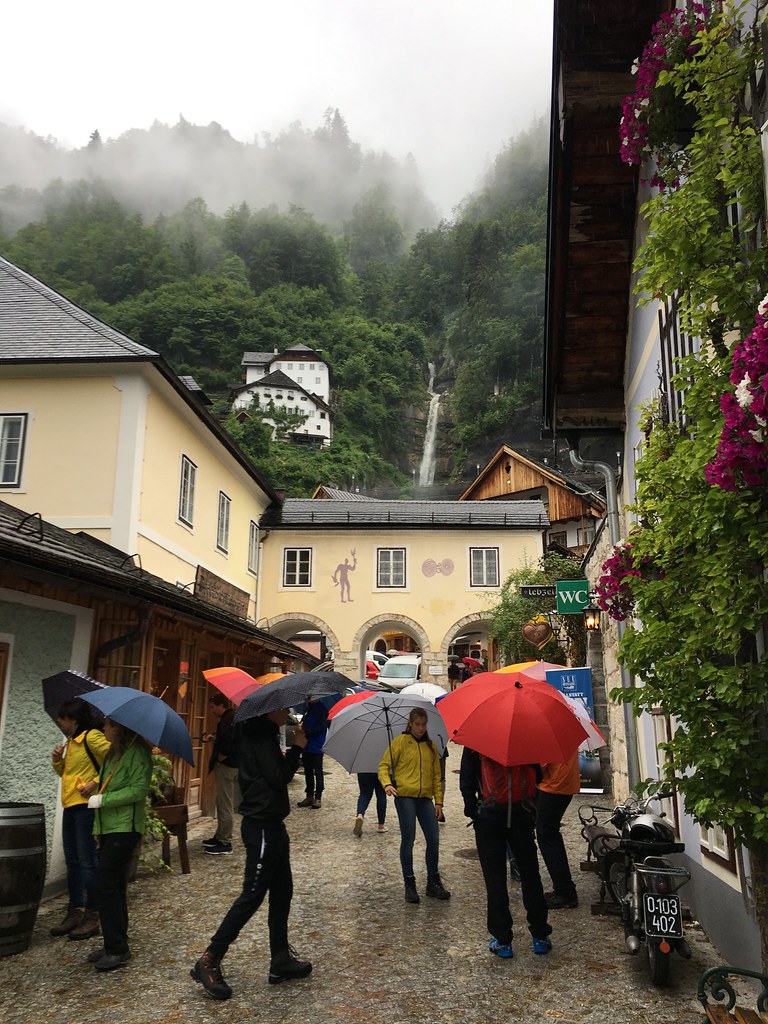 Follow the staircase behind the yellow archway, and you’ll find yourself in a panoramic viewing spot for the entire village. 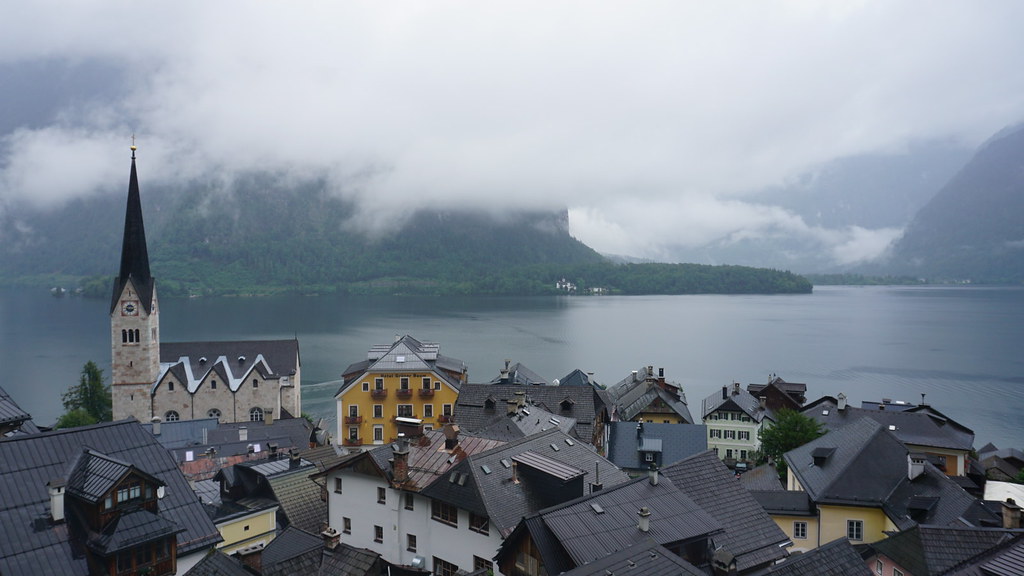 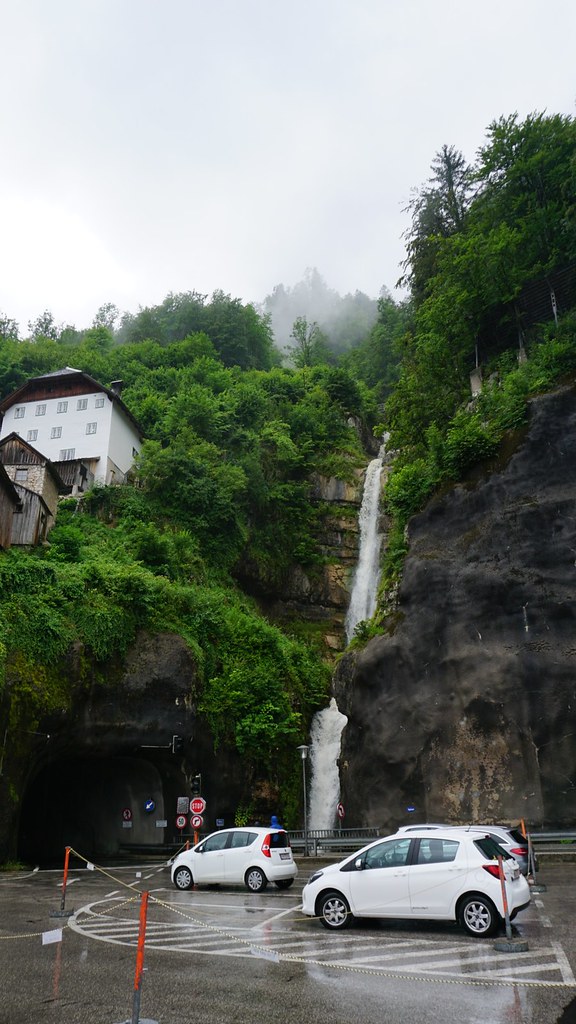 Also nearby is a beautiful little chapel with the same type of flowery cemetery that I had seen in Salzburg. The video below gives an idea of how calm and otherworldly it felt. 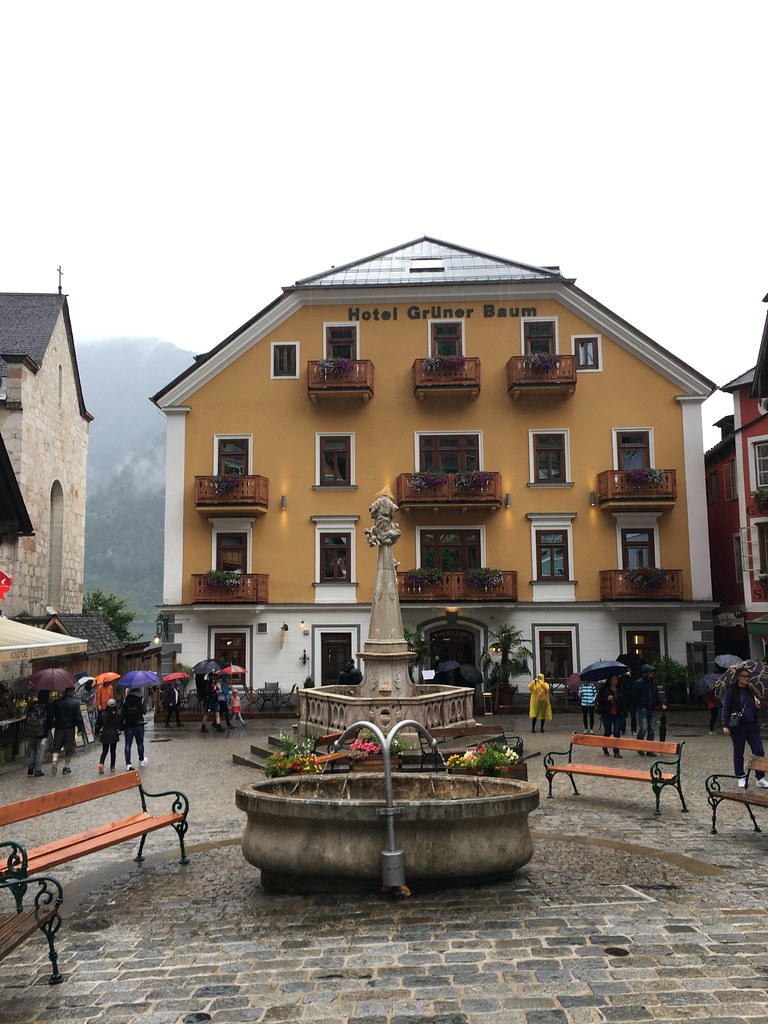 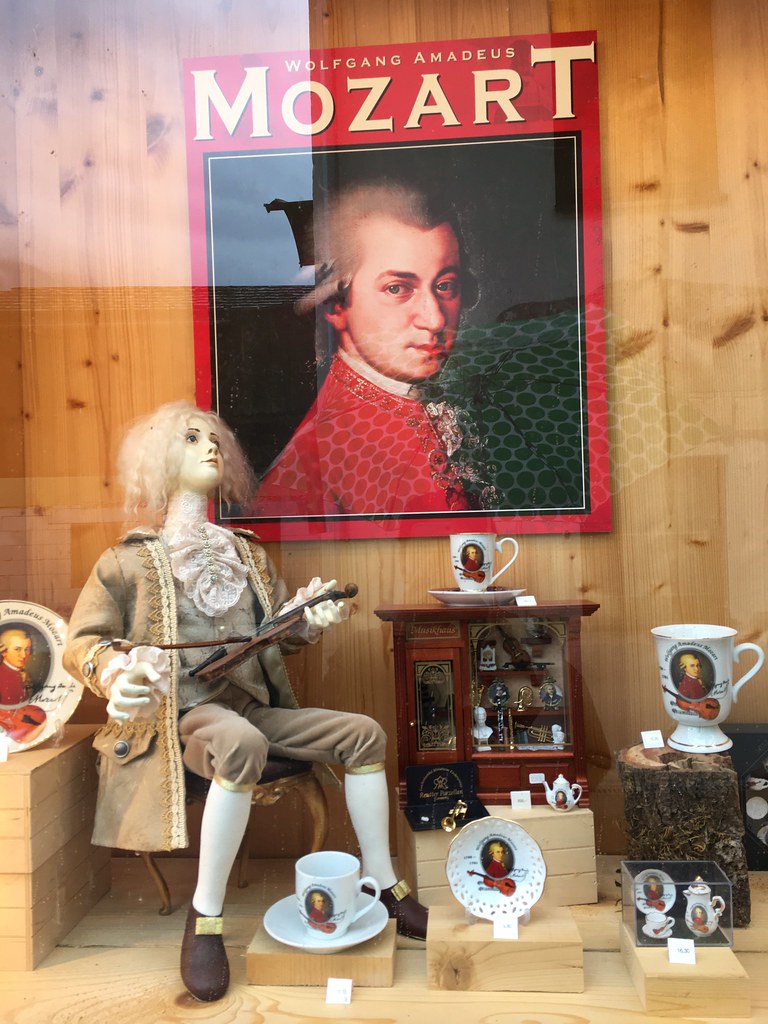 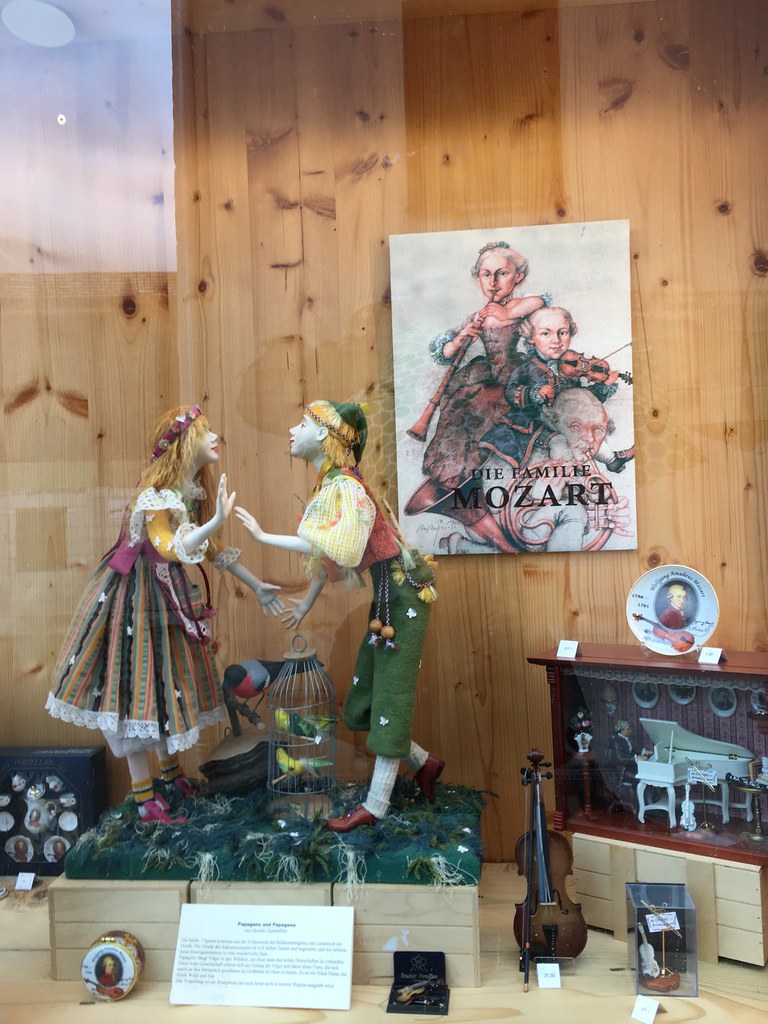 And then it was time to go back to Salzburg.

The bus was starkly empty. Luckily there was never a point where it was just me and the bus driver, which would have made me really, really nervous, but it does show how much tourism has crumbled. 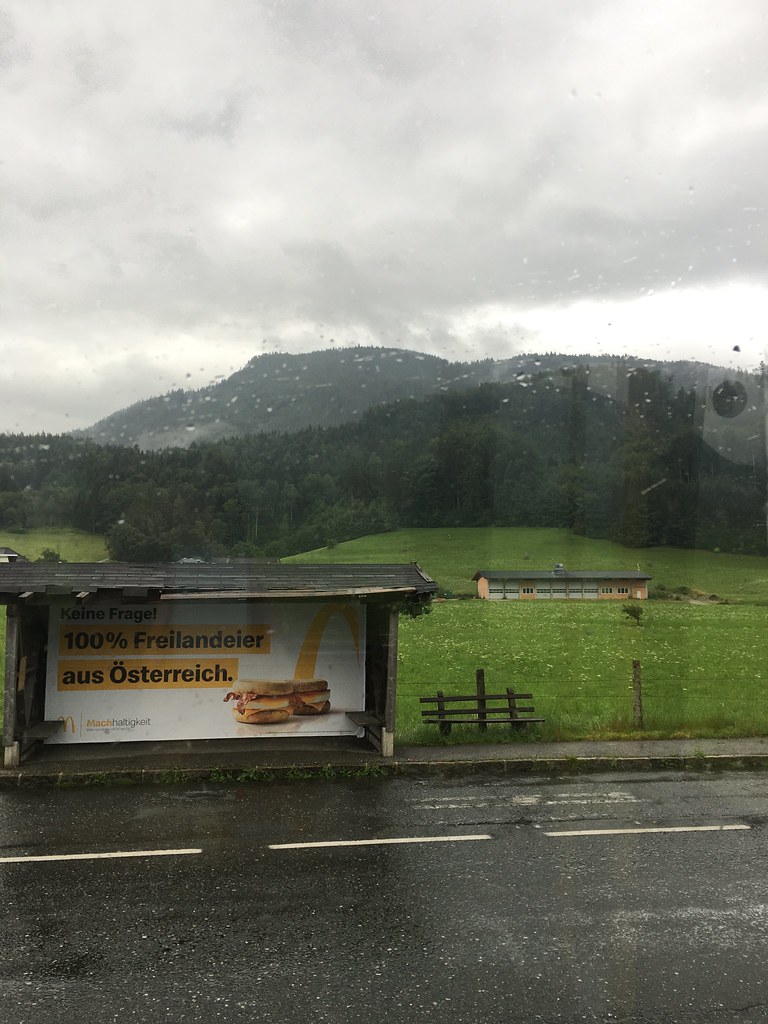 The next morning, I took an early train out of Salzburg before 8am.

The ride was uneventful… until we reached Switzerland. Just before we crossed the border, a pair of Swiss police came around to check everyone’s passports and to inquire where we lived in Switzerland. They took forever to flip through my passport, perhaps confused by the fact that my people were supposed to be blocked from entering the country.

And then something even more unusual happened. I witnessed an argument unfold in front of me, in real time. A Swiss woman noticed that the German couple sitting across the aisle from me was not wearing their masks; she approached them and told them that it was Swiss law to wear a mask on public transportation. They told her to calm down and go back to her seat. And that she was racist for telling them to wear a mask. Yes, three white people accused each other of being racist while I, an Asian person, watched from the sidelines with utter confusion.

I surreptitiously recorded the exchange by pretending to film the view outside, which was — without question — gorgeous and very much worth filming. When I later shared the video with some European friends, they gave me some additional context. “In Europe ‘racist’ is sometimes used differently than it is in the US,” one told me. “People might call someone racist when what they really mean is ‘xenophobic’.”

It was almost 5pm on Sunday when I got home. It was a long weekend very well spent.

Souvenirs – 12 for the little Mozart bear