4 ways living abroad has changed me 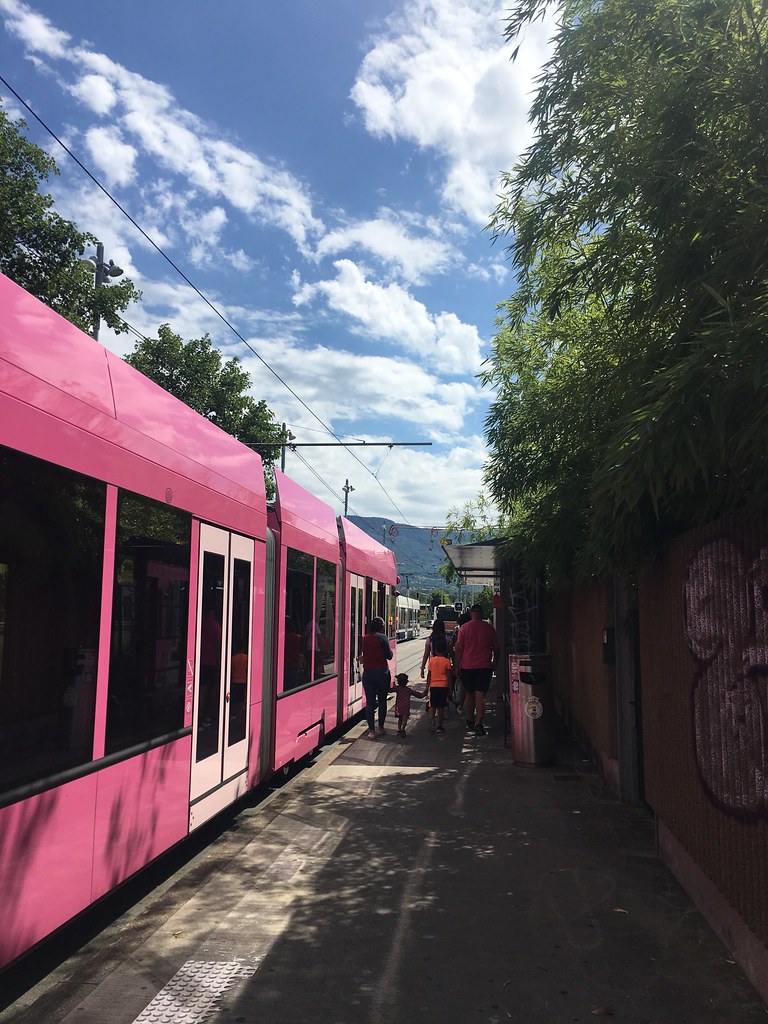 Unfortunately, things have gotten bad in Switzerland again. Especially in Geneva, which has now turned into the country’s #1 hotspot for new infections. Yesterday, Switzerland as a whole reported over 200 new cases, whereas just a few weeks ago we’d been in the 40s and 50s.

Masks have been compulsory on public transit since early July, and starting this week, Geneva has made masks mandatory in all shops as well. I’m unsure how much this will help, as many people are walking around with their masks tucked under their chins or pulled down just below their noses. We’ll see. I’ve had to cancel an event that I was supposed to host this weekend, but better safe than sorry.

This Saturday will be my second Swiss National Day. I remember how they went all out for last year’s: fireworks, picnics, open-air festivals, the whole works. This year’s celebrations will probably be much more subdued.

But back to what this post is supposed to be about: How living in Switzerland has changed me over the course of the last year. I would say that I have noticed four major changes so far.

Being on a two-year work contract can be tricky. My work didn’t help at all with relocation costs, so I was reluctant to buy tons of furniture and put down roots here in any meaningful way. That’s how I ended up subletting from a couple I’d met on an expats website. Even though rent is on the expensive side, I also feel that I’m paying for the extra convenience of having a fully furnished apartment; my own washing machine; Internet that’s already up and running; and the ability to just pack up and leave without worrying about breaking a lease or selling furniture if I got a new job in another country.

On some days I see pictures of cozy bedroom or living room setups on Instagram and I do get wistful. What if I really invested some time and effort and money into making my apartment a beautiful, comfortable sanctuary, like I did with my condo in DC? But ultimately I think I prefer being more transient and not being tied down to material things too much. As long as it’s minimalist, that’s comfortable enough for me.

2. I’m getting used to not having air conditioning. I think.

I knew that ACs weren’t super common in European homes before I moved here, so that wasn’t a big surprise or anything. But last summer was hot. And this summer might be even more brutal — this weekend, we’re projected to hit 96 degrees.

Luckily, I have two fans in my apartment. But when I’m working from home, I can’t have the fan on during video calls because of how noisy it gets. So lately I’ve been taking calls while sitting in the hallway outside my bathroom, the only place in the apartment that doesn’t get direct sunlight.

My dad, who is very into Chinese medicine, has always warned me about the dangers of air conditioning. According to him, if your bare shoulders and arms are exposed to cold air for too long, it’ll seep into your bones and give you arthritis for life. I have no idea if this is true or not, but this is what I tell myself for comfort when the heat and humidity get too overwhelming. At least I won’t have arthritis in 30 years.

The coronavirus triggered an uptick in takeaway food (à emporter), but overall, people here like to take things slower. Why hurry away with a to-go cup of coffee when you could be sitting at an outdoor cafe with a newspaper and a cigarette, stealing a moment of peace from the hustle and bustle? Not saying either lifestyle is better than the other — I’m definitely a classic Type A person — but I have noticed myself walking more slowly, taking more time for lunch and coffee breaks, and absorbing my surroundings a little more. Since moving here last year, I have sat by the river in Lyon with a coffee for an hour, and enjoyed a three-course dinner by myself in Milan.

Funnily enough, Switzerland isn’t even considered one of the “slow” countries in Europe. The bus comes on time. The government is really efficient at paperwork; I got my visa in under two weeks, which encompassed a holiday weekend. There’s no midday break where people go home and nap for two hours. But even so, it feels slower than DC, and certainly slower than New York. It’s just more calm. And that’s a huge form of privilege in itself, no? The fact that most people don’t feel like they have to fight tooth and nail for the right to survive. In June, I met a guy who works as a dentist. His practice had to close down for months because of COVID. But he told me he wasn’t really stressed about it: he was automatically compensated by the government for lost wages. That social safety net — for documented workers, I should note — removes so much stress from the equation.

4. I feel more American, not less.

I recently read this piece in The Atlantic, “When Feeling American Requires Leaving America.” Even though I’m not Black, I resonated with a lot of the experiences that interviewees described. In the United States, a lot of people will either overtly or subconsciously pick you apart based on all the ways in which you look different. I was always primarily defined by my race. When I was in grad school and walked into the career center to do the paperwork for my work-study job, the people working there would always ask if I was an international student, before I had even opened my mouth.

Another time, a girl in my Korean class tried to dig into my background — “No, but like, where are your parents from?” And that was the first time I actually managed to shut someone down over that question; with a tight smile, I had said, “We’re just really proud of being Americans, and that’s how we like to identify.” She got the hint and stopped probing.

I feel really different from Europeans, but I like being different from them. I like speaking with a loud, clear and assertive voice. I like talking at a faster speed and being both upfront and direct as well as friendly and approachable. I like hating on la bise, the weird cheek kiss tradition that I kept being forced into before the pandemic. I like all the things that make me American: my addiction to junk food. Complaining about the way some things work in Europe and explaining why Americans do it better. Tooting my own horn. Talking openly about mental health struggles. Calling my boss’s boss by their first name. Striking up conversations with strangers. Not worrying about whether my elbows are on the table and if I’m using the right spoon for soup.

I feel genuine freedom in being an American, an invaluable asset that only became clear to me once I had actually moved abroad.