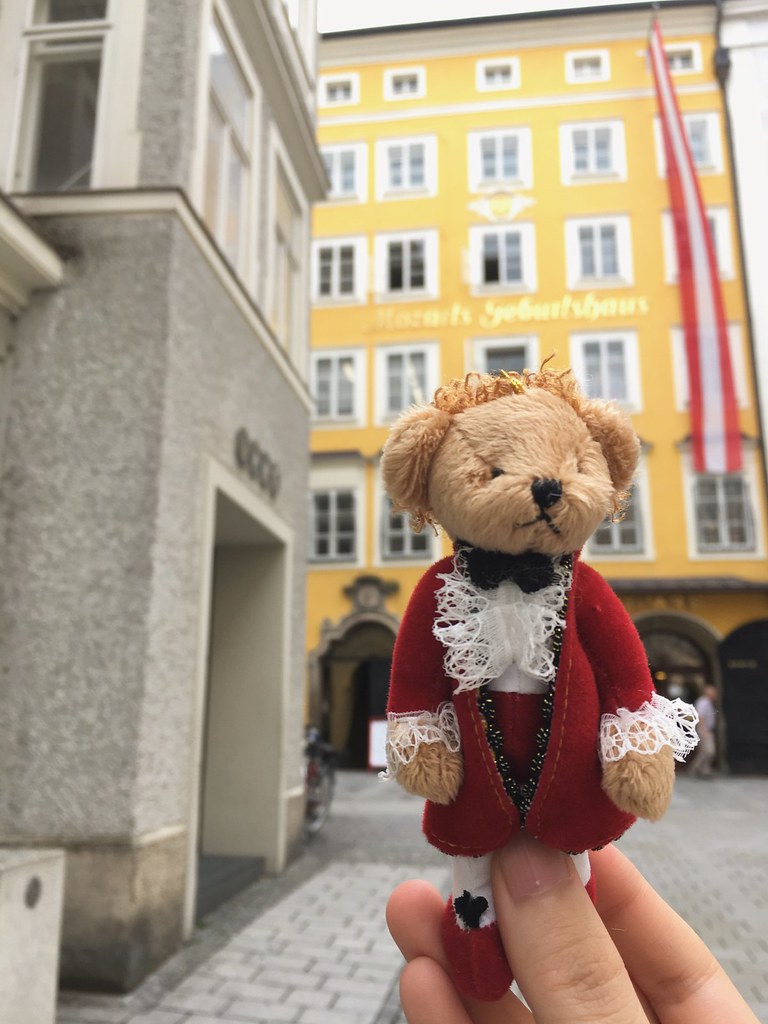 After lunch, I visited the nearby Petersfriedhof, or St. Peter’s Cemetery. This is a very old and storied cemetery built into the side of a mountain. One of the last scenes of The Sound of Music — in which the von Trapps are hiding behind large gravestones from the Nazis — was based on this cemetery, but shot using a reproduced set. 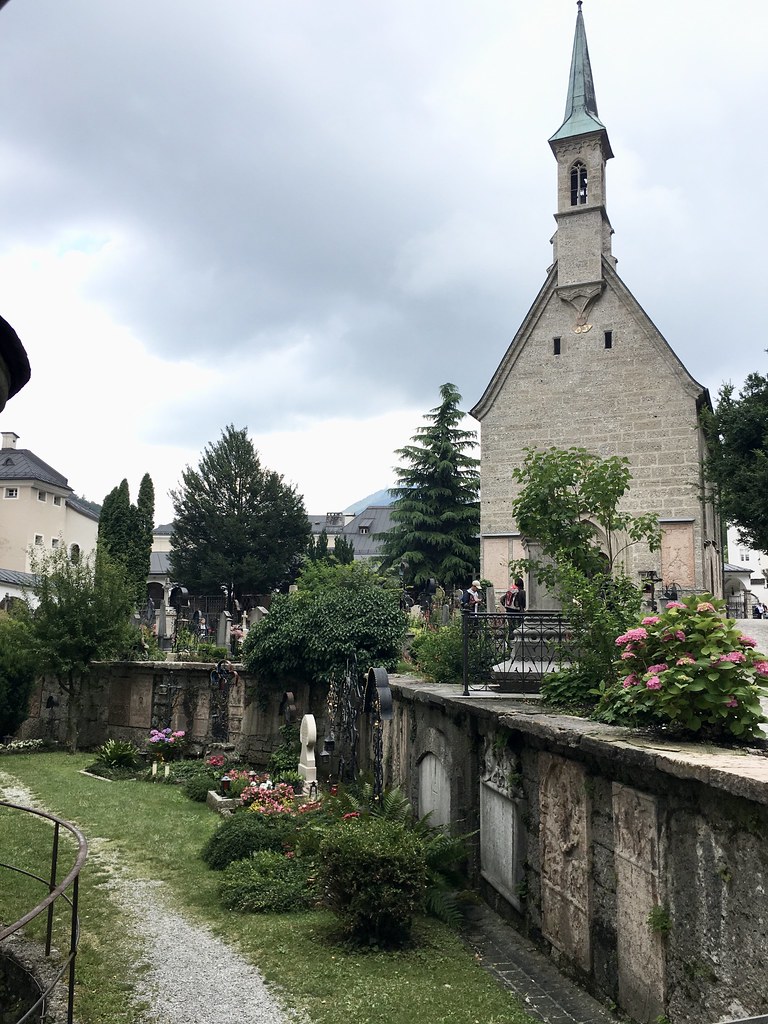 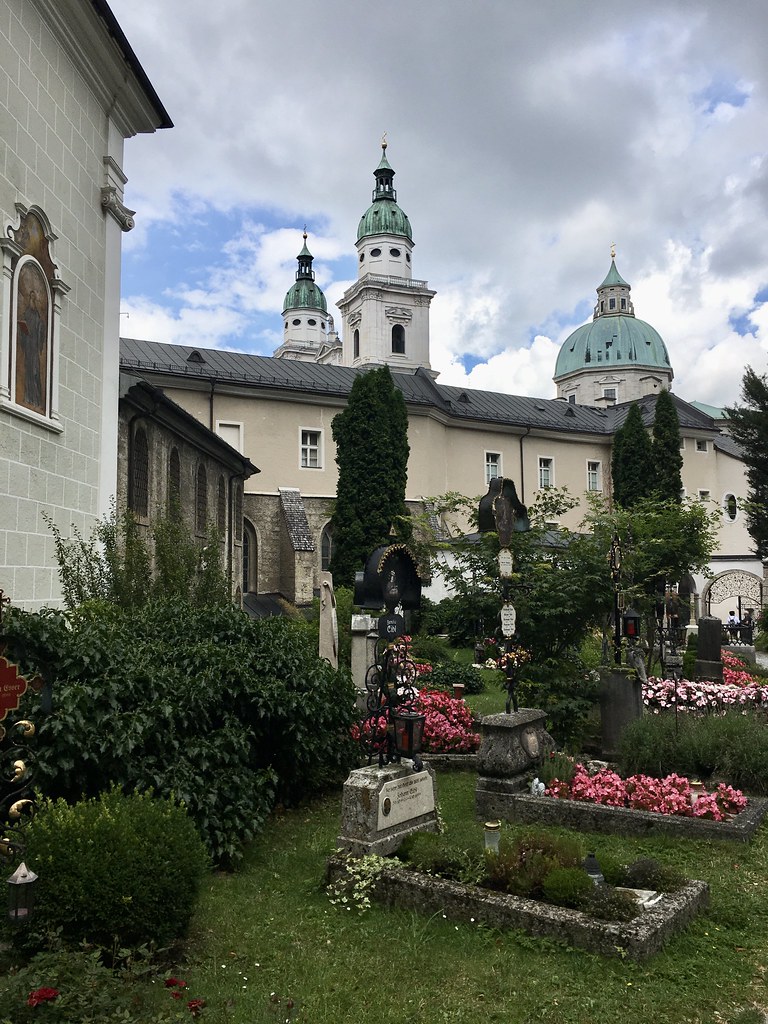 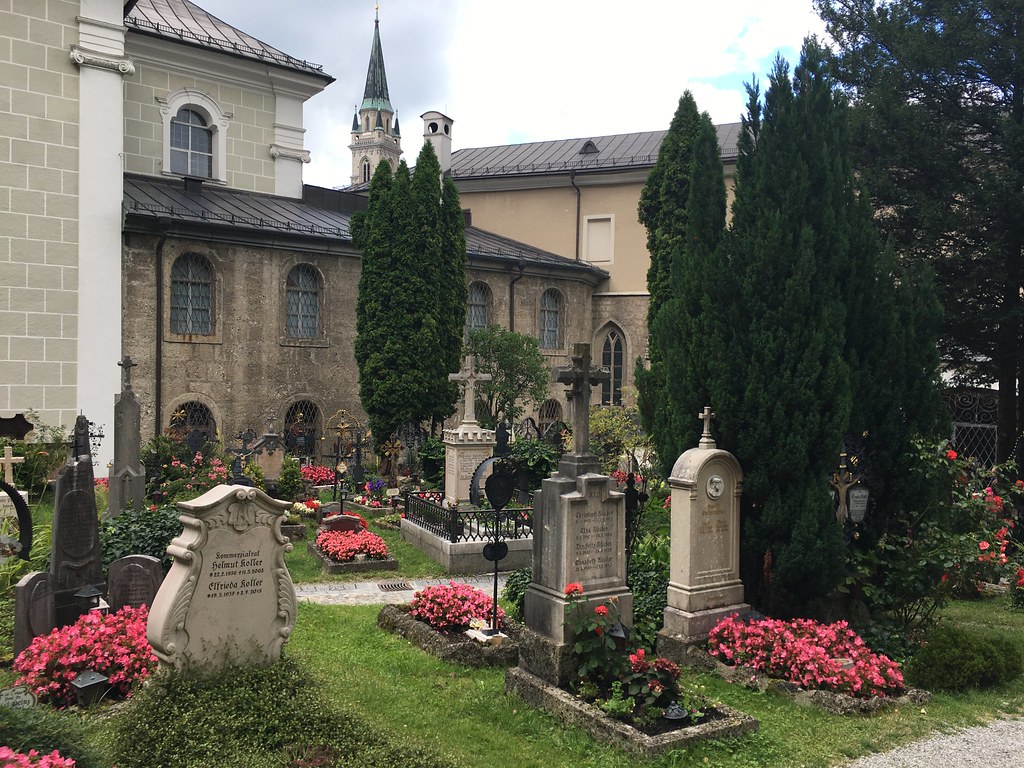 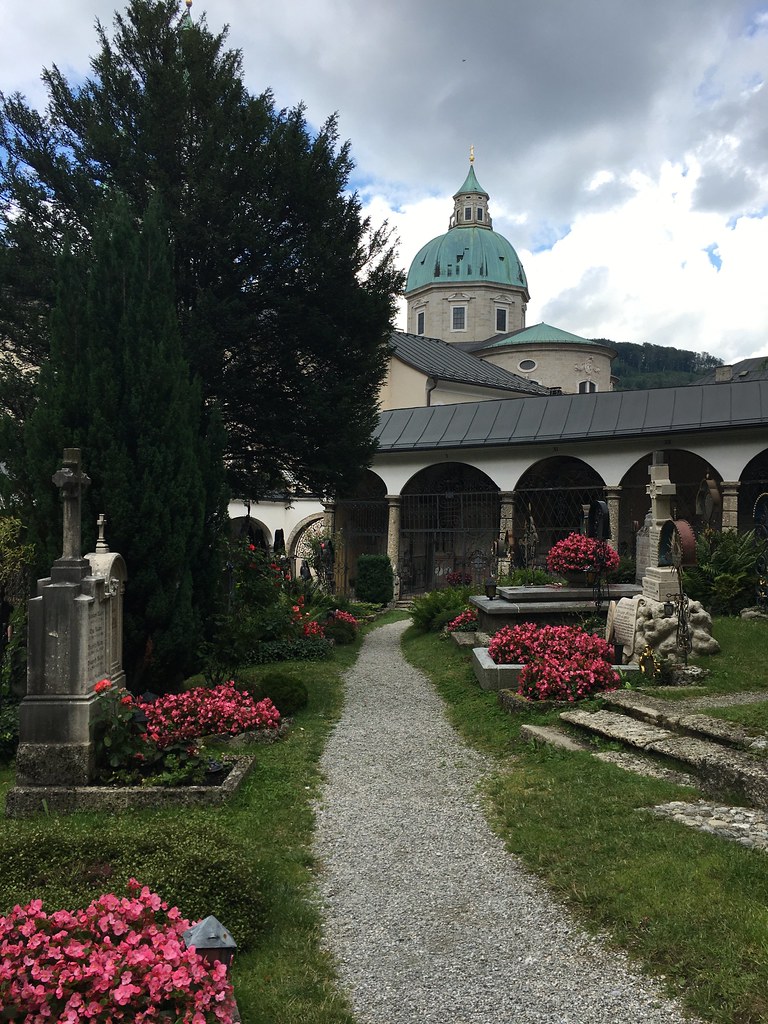 In the photo above you can see the gates and tombstones behind which the von Trapps would have been hiding. In real life, this wouldn’t have been possible because the tombstones were directly affixed to the wall, leaving no space for someone to slip behind them. (Thus another reason why they couldn’t film here.)

This castle was another major inspiration for the movie. On the map it looks super far from central Salzburg, but it’s really just a 20-minute bus ride. (Also, on Google Maps it says the castle is a 11-minute walk from the nearest bus station, but it’s actually more like three minutes.)

The main building was a bright sunflowery yellow — perfect vibes for a summer vacation getaway. 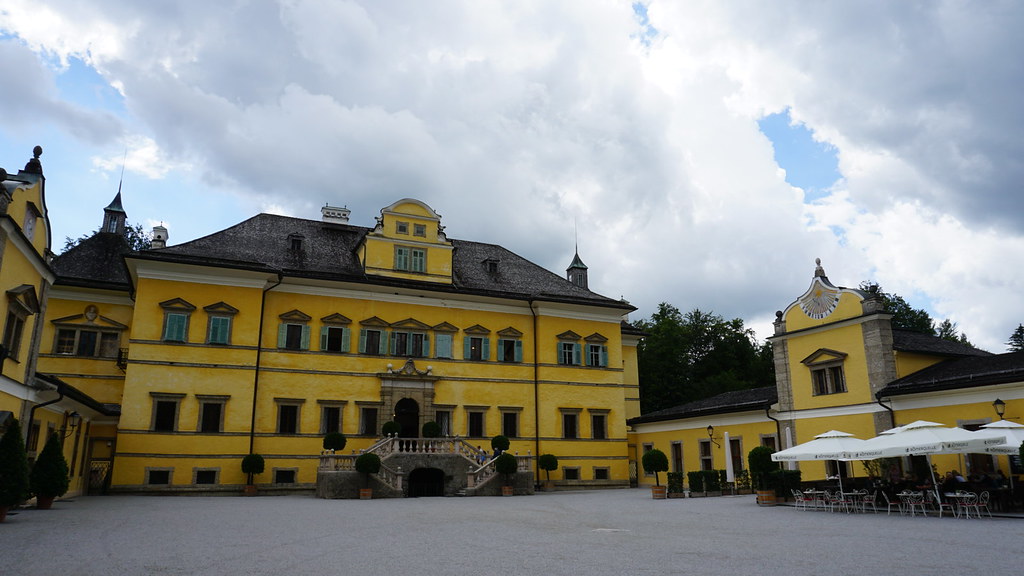 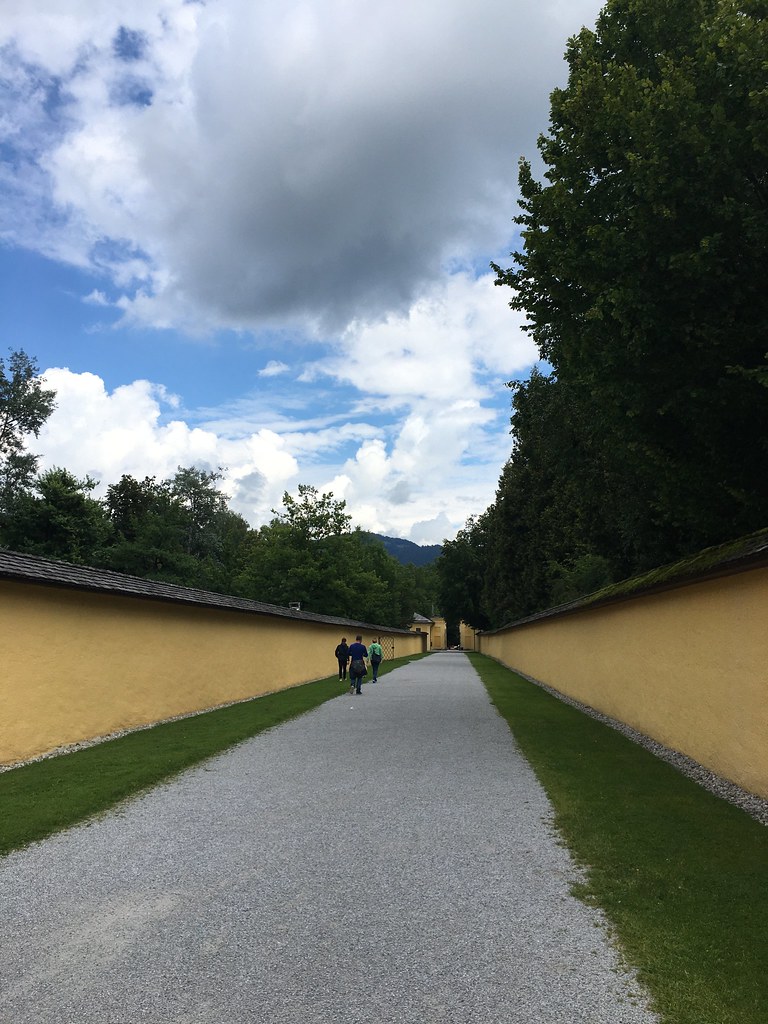 I was, of course, most excited about the famous gazebo where the “16 going on 17” sequence took place. After walking down a long yellow corridor, all you have to do is turn right, and there it is! 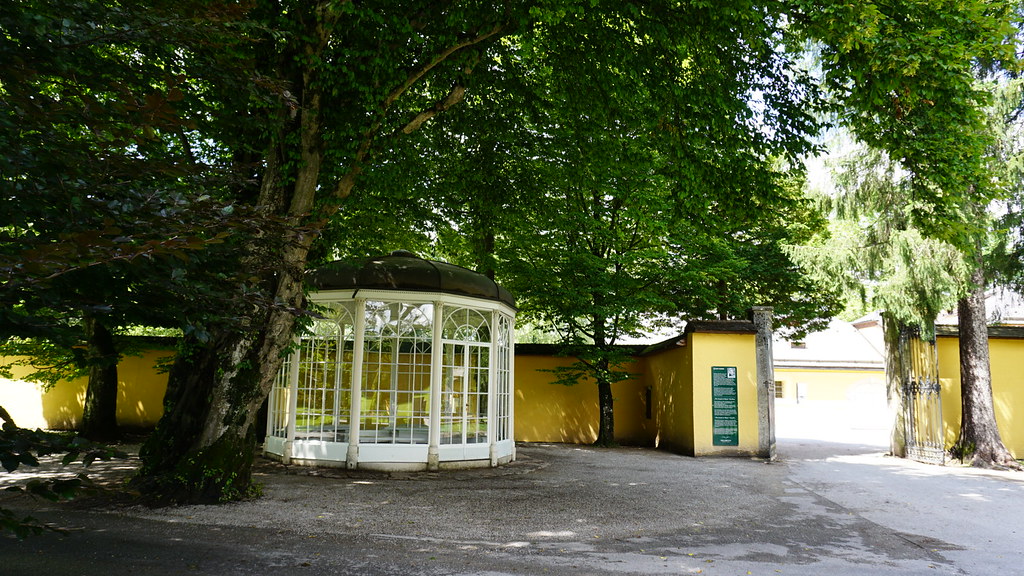 They only filmed the exterior of the Salzburg gazebo — interior shots were filmed on a recreation. 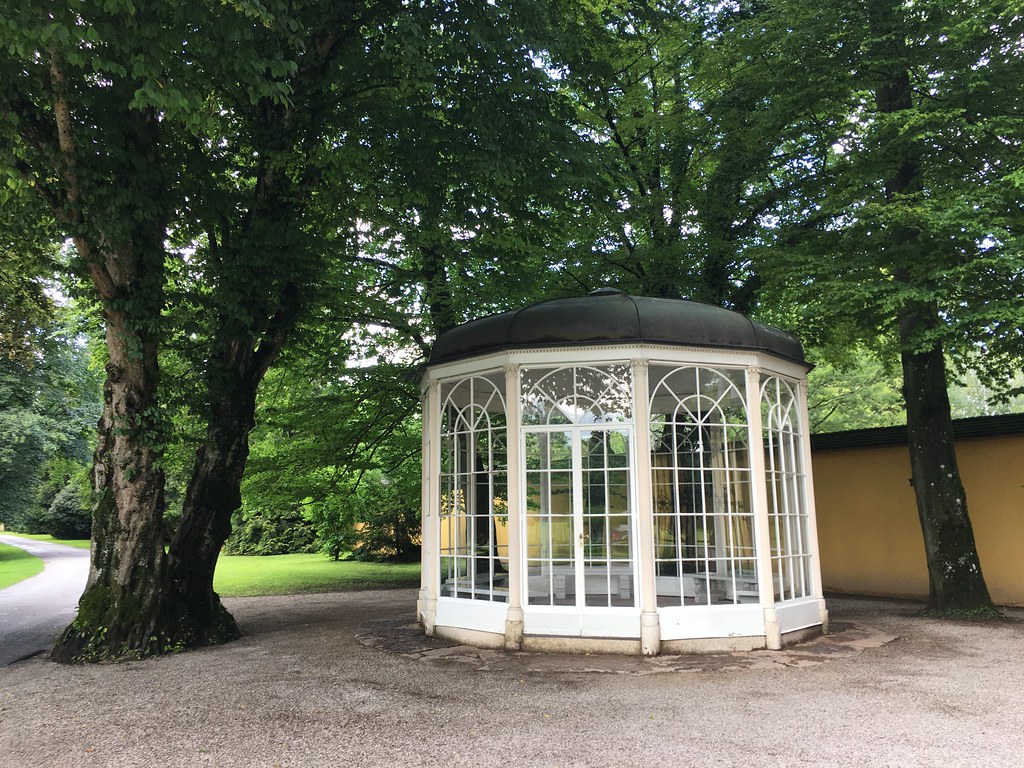 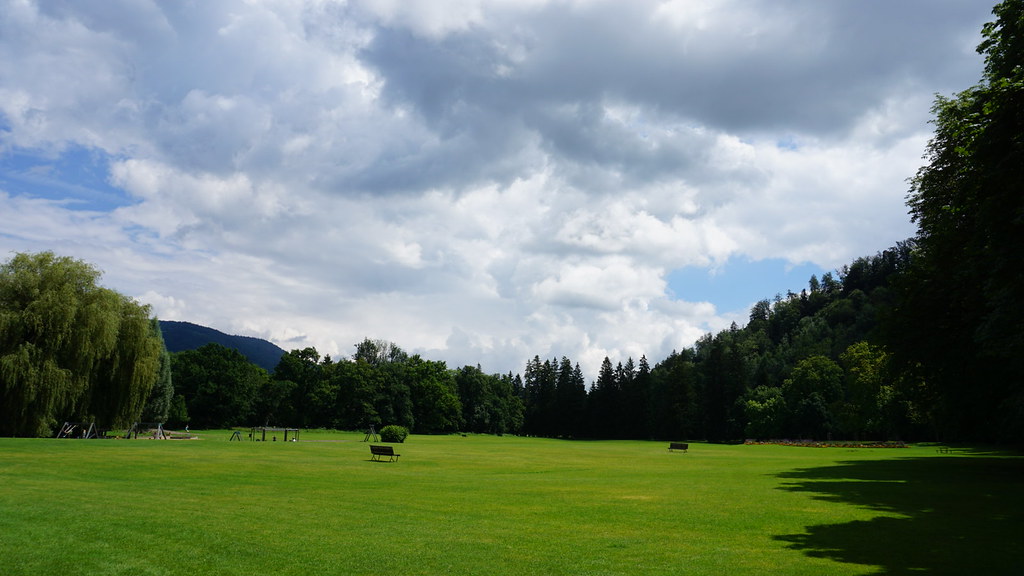 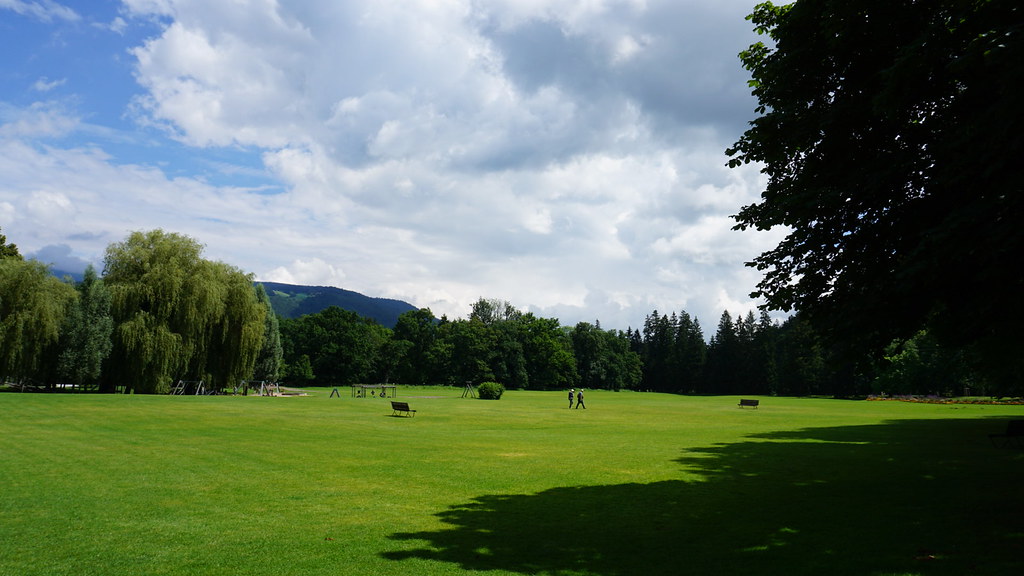 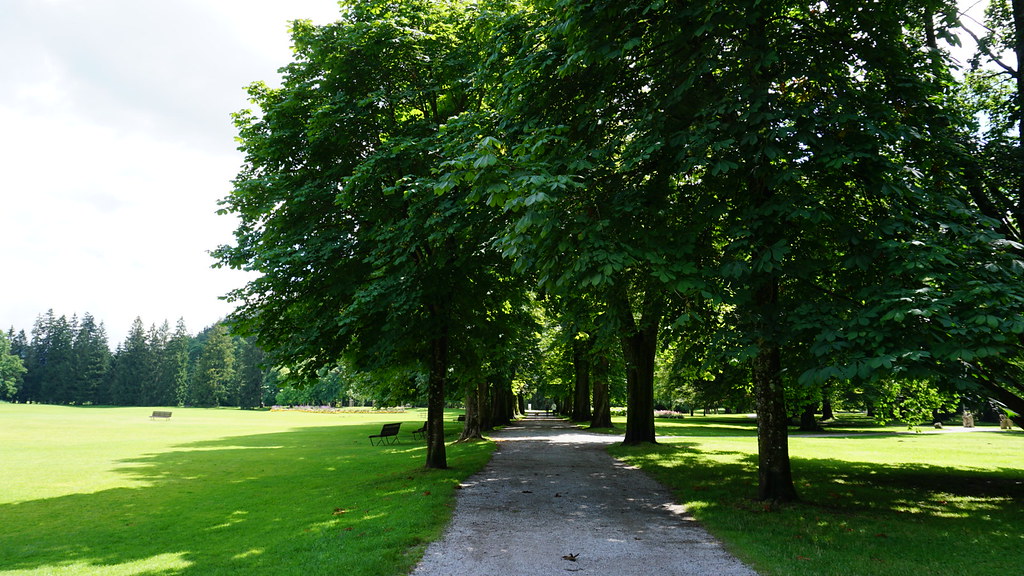 Schloss Hellbrunn is also known for its “trick fountains,” which are spontaneous jets of water that shoot up from the ground without warning. I decided to use my Salzburg card for a tour. 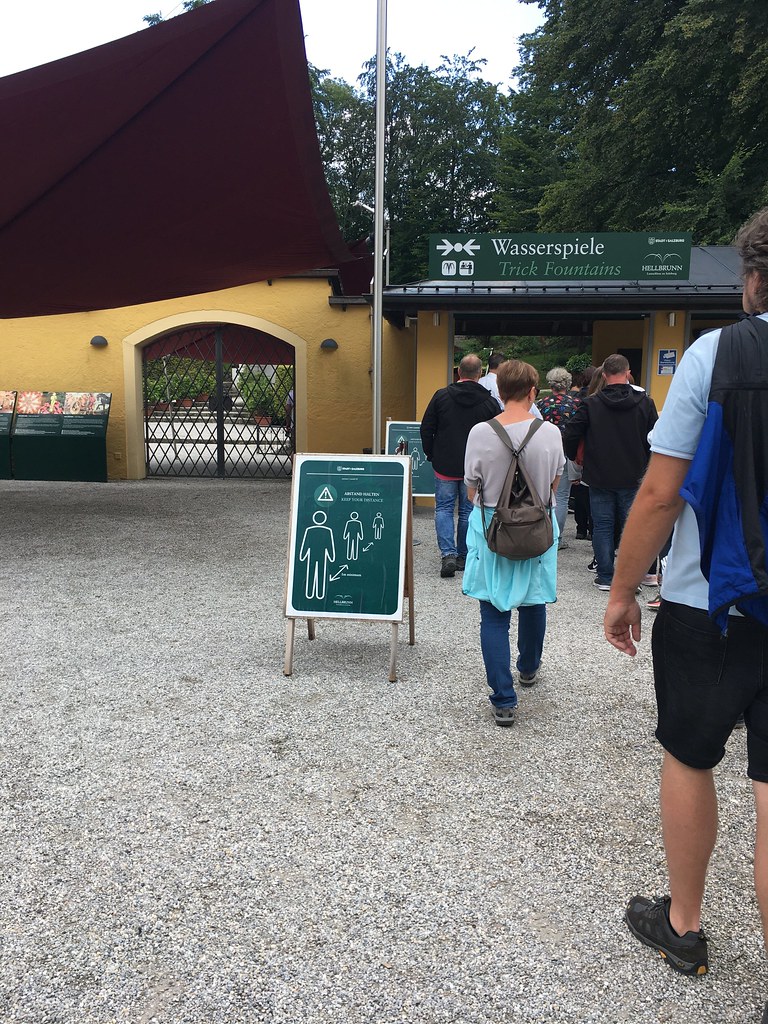 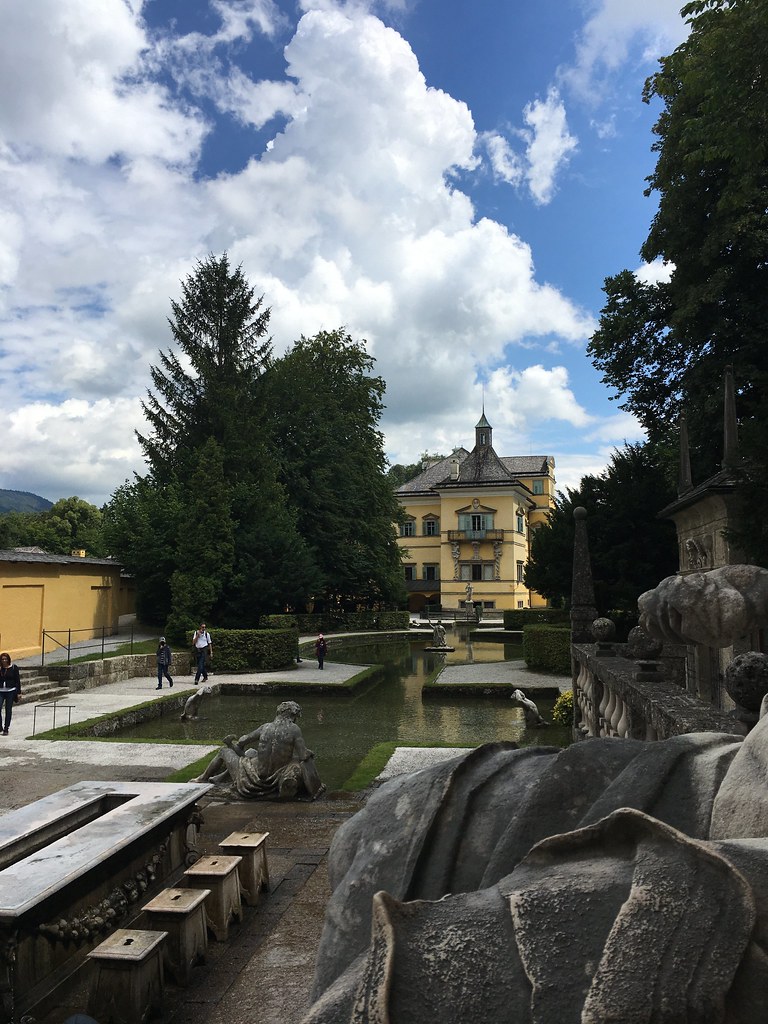 This was probably one of the most confusing tours I’ve ever been on… because it was conducted all in German. I must have been the only person in the group who wasn’t a German speaker. They showed us a couple of examples of the trick fountains at work. For instance, in the photo above, only one chair at the table is safe. The others will shoot water up your ass right when you least expect it. 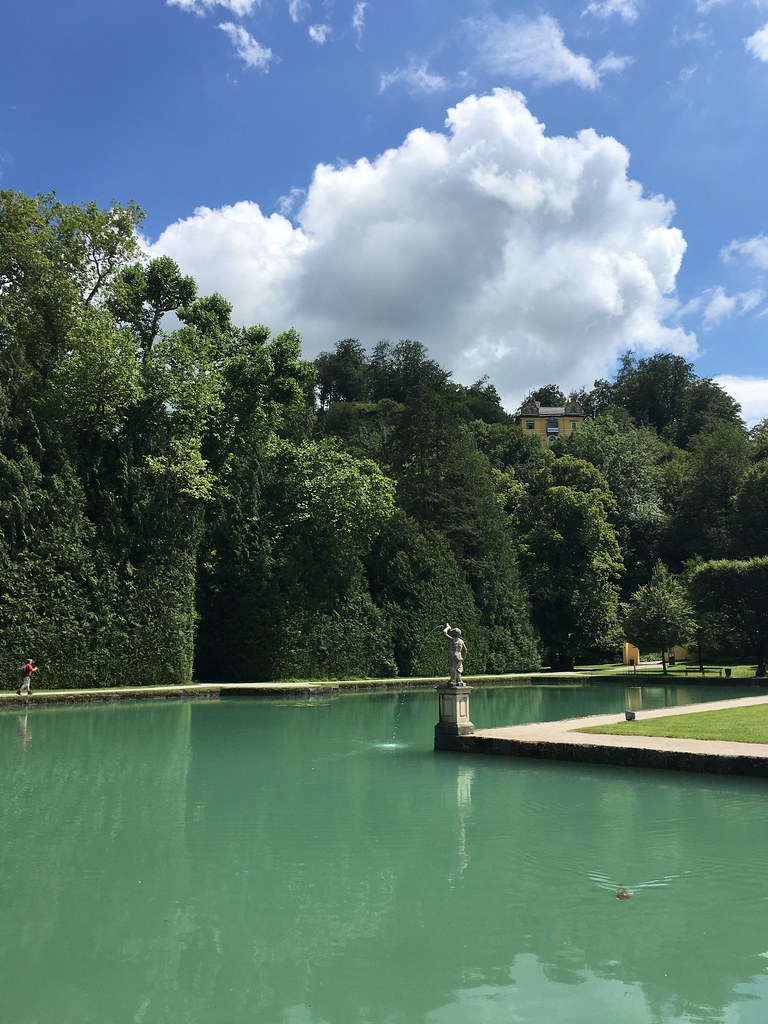 Other than that, there wasn’t much else to see. I decided to head back to old town Salzburg.

I decided to return to Mirabellgarten, which we had briefly passed through during the walking tour earlier in the day, to get a closer look. By then it had started drizzling; Salzburg is one of the rainiest cities in Europe, something I hadn’t realized before coming here. I was lucky that the majority of the day up until that point had been blue skies and sunshine. 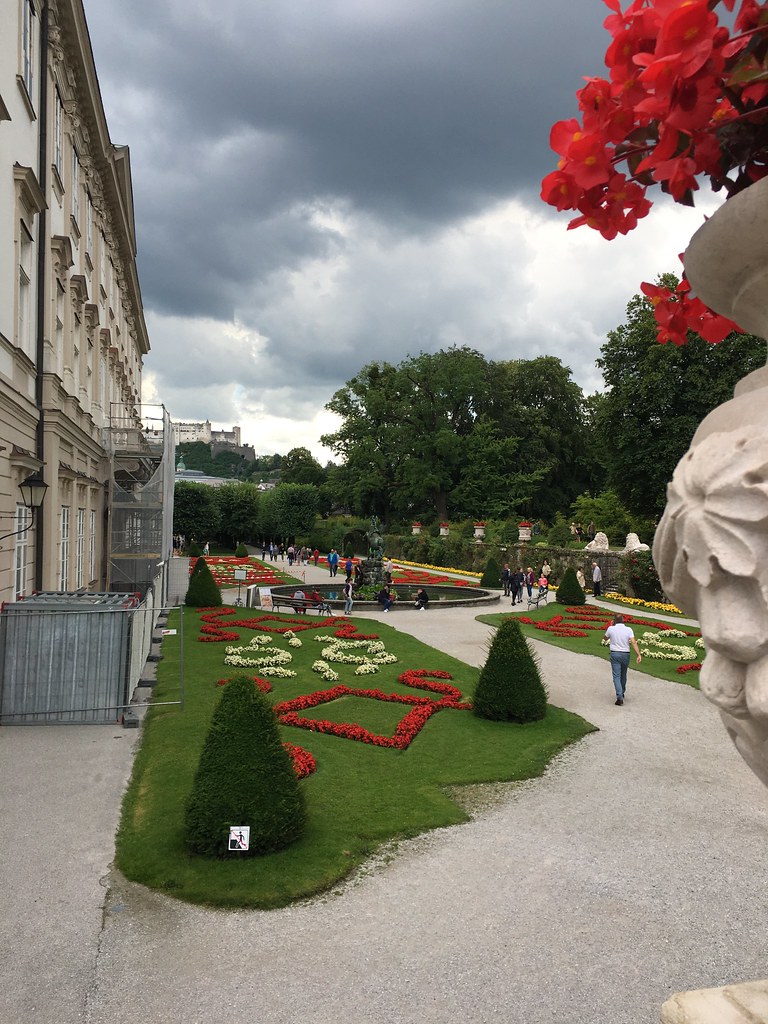 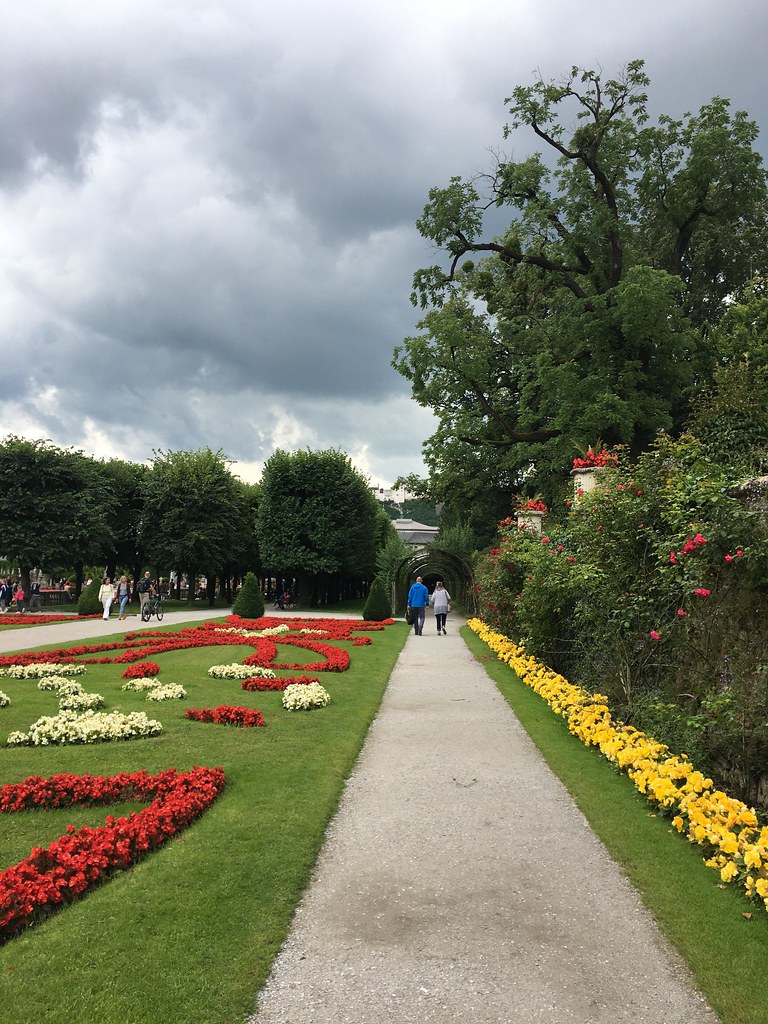 Scenes from the “Do-Re-Mi” sequence were also shot here. 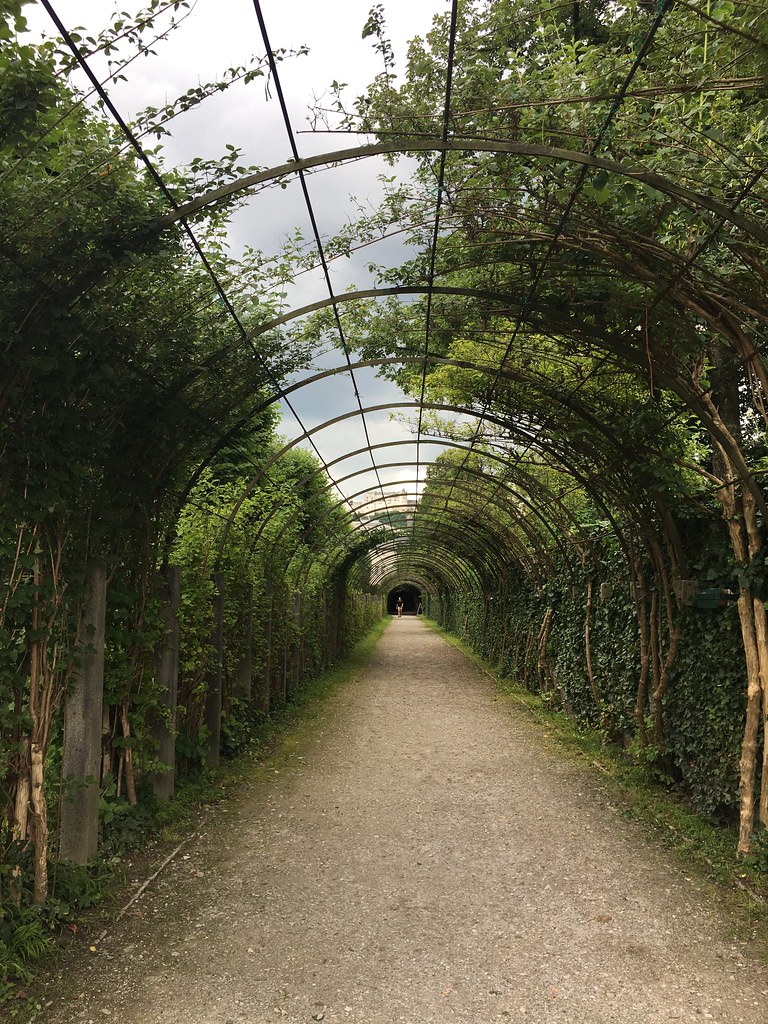 During the walking tour, our guide had cautioned that there wasn’t much of interest inside the Mozart residence museums unless you were a big fan of his. I am definitely not a classical music aficionado, but since I already had the Salzburg card, the world was my oyster. I decided to visit the Mozart family residence about 45 minutes before it closed for the day.

Mozart was born and raised in Salzburg, but traveled frequently as a child and young adult, performing in a world tour with his father and sister. By age 25, he had grown tired of Salzburg (to be fair, it is a small city) and moved to Vienna. But this was the house his father lived in and died in, and it was a home base for Mozart for most of his life. Most of the house was destroyed during WWII, but in the 1990s, a Japanese company funded the reconstruction of the residence. 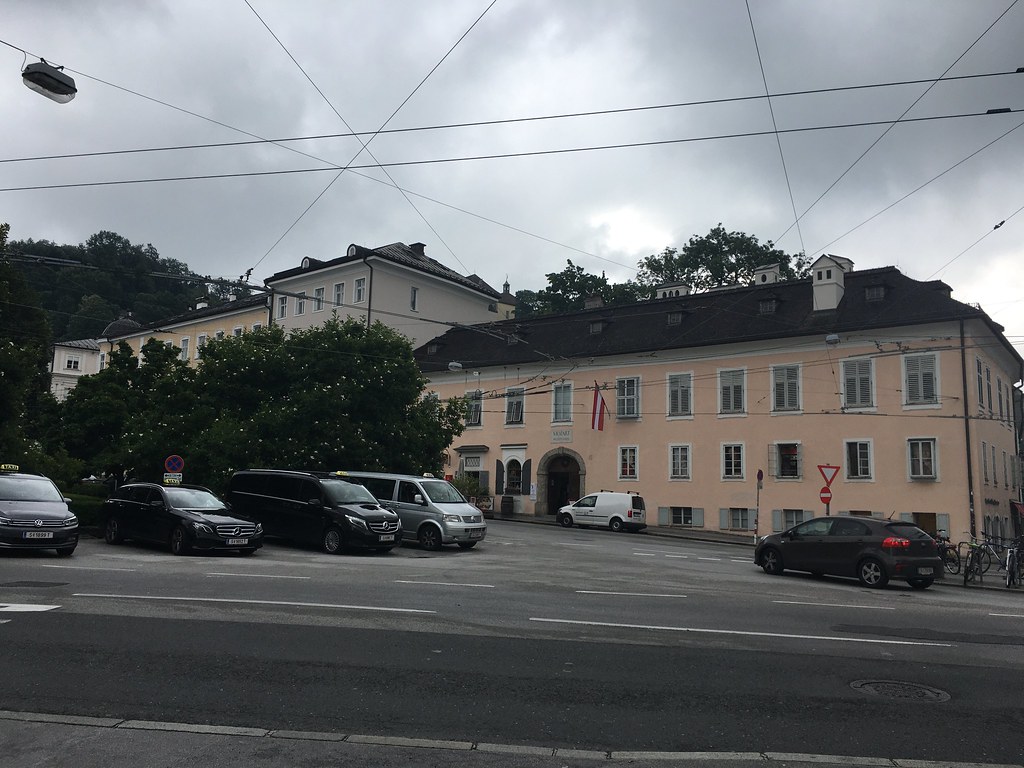 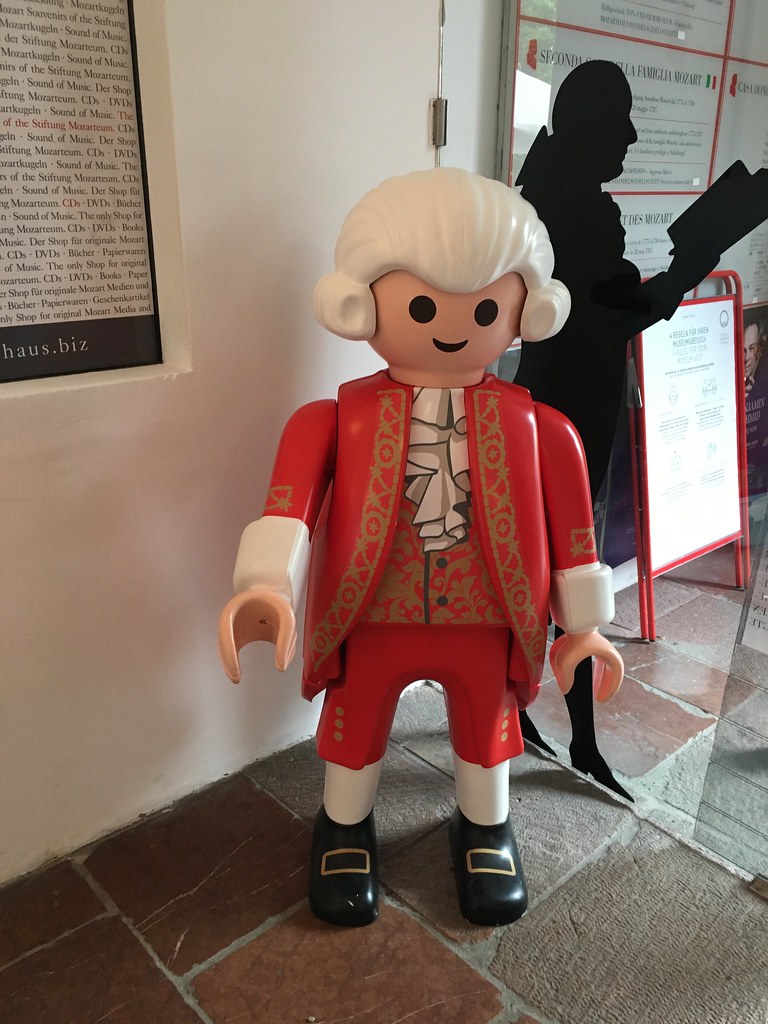 The tour guide was right — there’s not much in the house besides a piano, some old papers and letters, and a couple of fancy old stoves. However, they did have something that I enjoyed immensely: a corner where you could kick back and listen to different pieces composed by Mozart and his father with a little telephone-like device. Utterly exhausted from all the walking I had done that day, I sank deep into the cushions and listened to classical music with my eyes closed for 20 minutes. It was heaven. 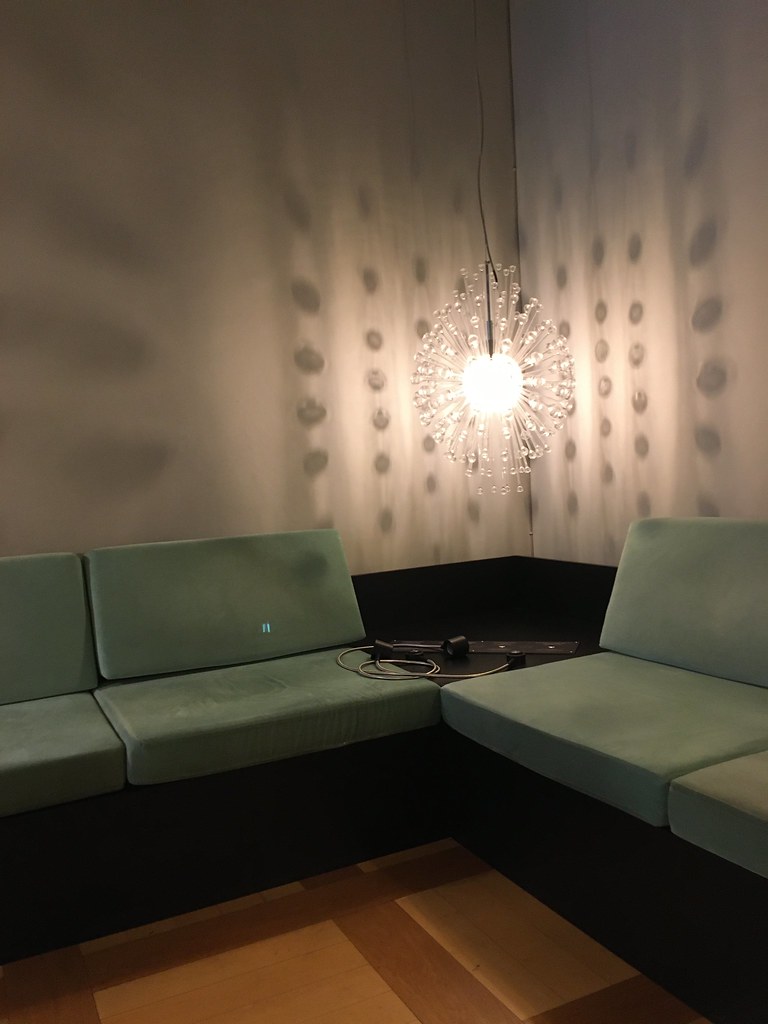 And then it was closing time, so we were kicked out. I had dinner at a little Asian restaurant nearby and took the bus back to the hotel.

Since my Salzburg card didn’t expire until 10:30am the following day, I had an early breakfast and went back to Getreidegasse to see the other Mozart museum — the house where Mozart was born.

The foot traffic was very, very low. It was literally me and one other person. 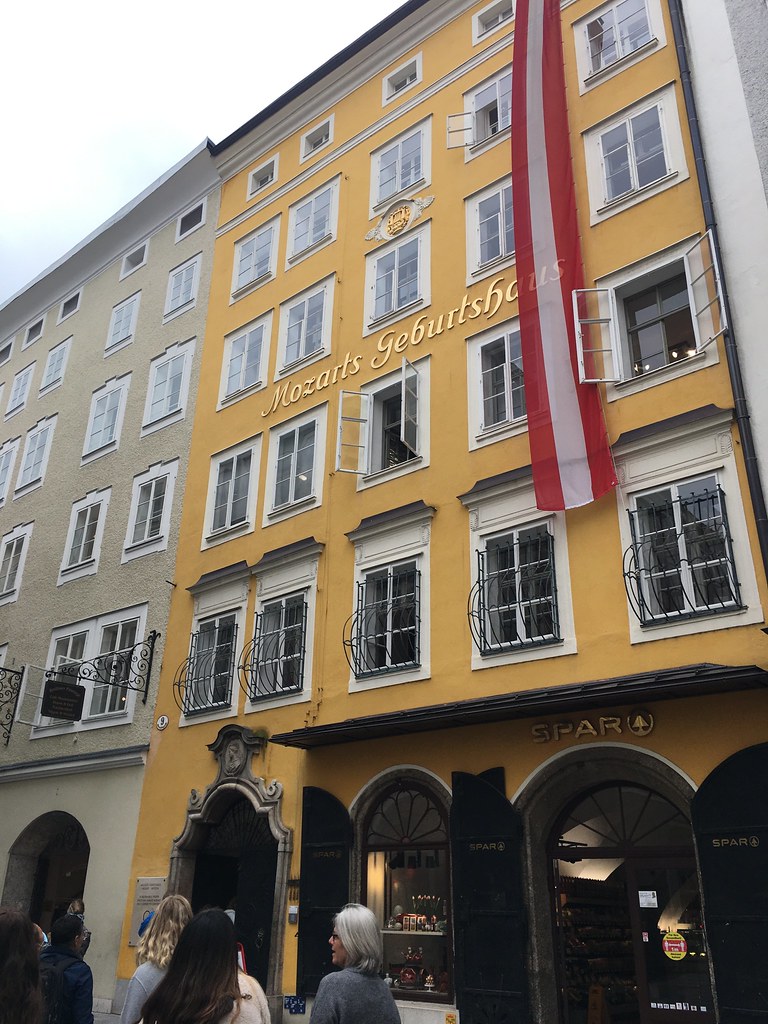 We technically weren’t allowed to take photos in most of the museum, so I don’t have pictures of what I thought were the best part — tiny, beautiful, intricate mini stage sets of the many operas that Mozart composed for.

In the gift shop I picked out my one souvenir for this trip: a little bear Mozart.

It was almost 10am; time to visit my second Austrian town, Hallstatt.